Women On Wheels Hit the Road in Lahore

Women participants of Women on Wheels (WOW) ride their motorbikes during a rally launching the Women on Wheels campaign in Lahore on January 10, 2016. AFP PHOTO / Arif ALI

LAHORE: About 150 women motorcyclists after completing training with the collaboration of Special Monitoring Unit on Law & Order and City Traffic Police participated in the Women on Wheels (WoW) rally in Lahore. 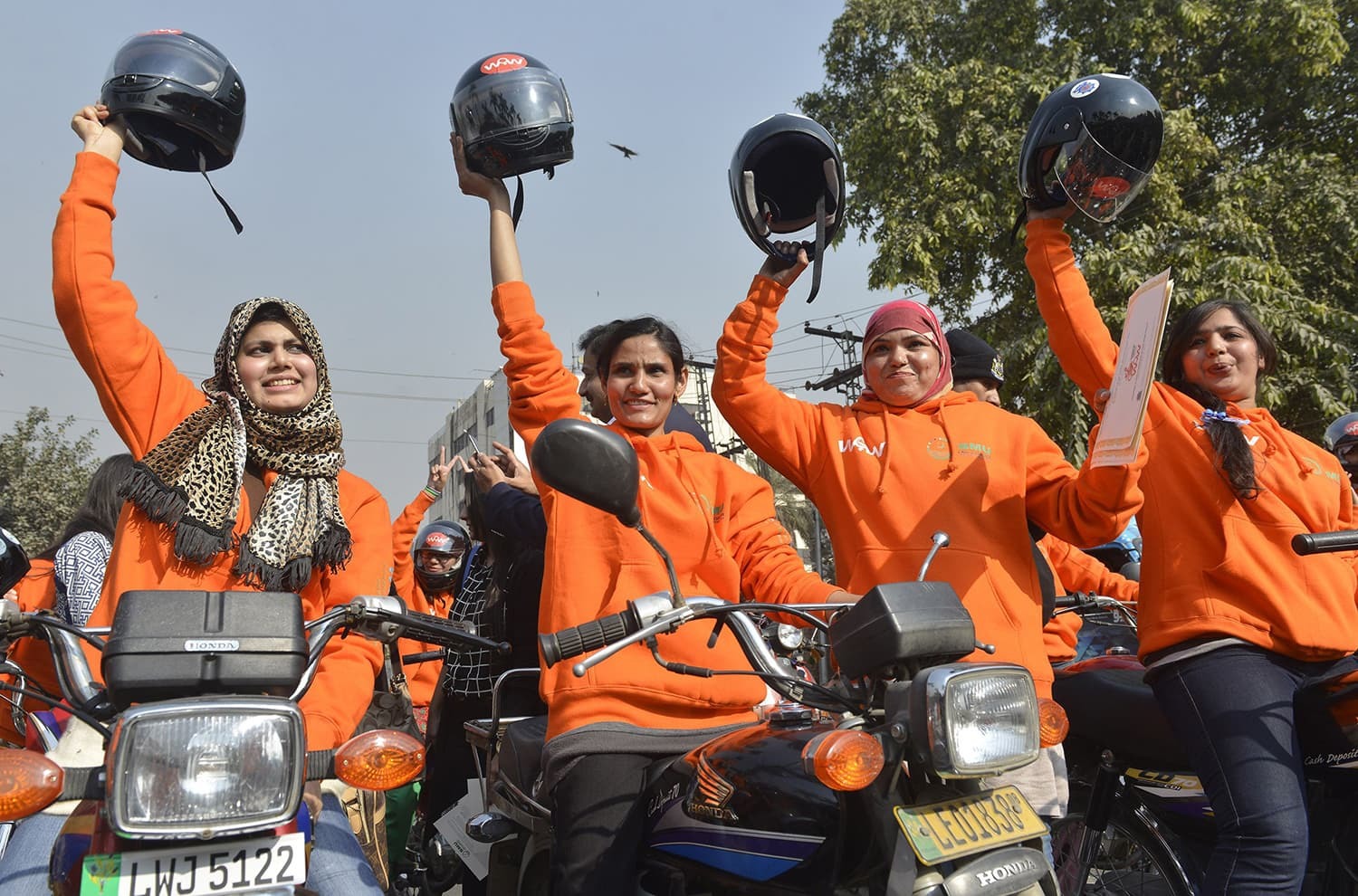 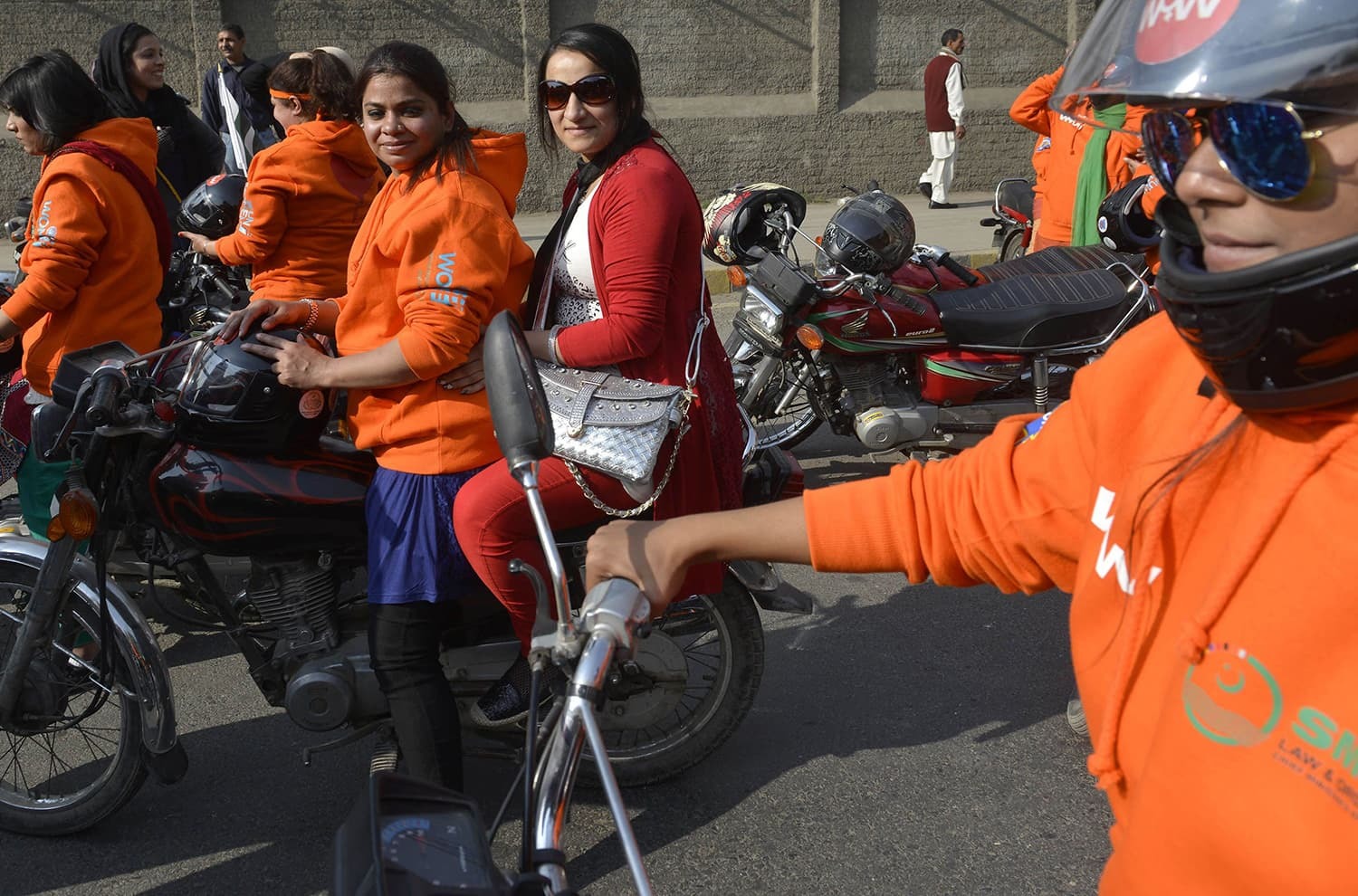 Women participants of Women on Wheels (WOW) wait on their motor-bikes prior to the start of a rally launching the Women on Wheels campaign in Lahore on January 10, 2016. ─ AFP

Chief Minister Shahbaz Sharif announced that about 1,000 pink scooters would be given to working women and students at a 50 per cent subsidised rate under the WoW project.

The programme would be implemented from the International Women’s Day. The chief minister said that the project would focus on women under 40 to encourage the next generation to join the national development efforts. A traffic police spokesman said that more than 150 women had completed training at their driving school.

He said the training plan was designed to enable the women to acquire the riding skill in a few weeks. 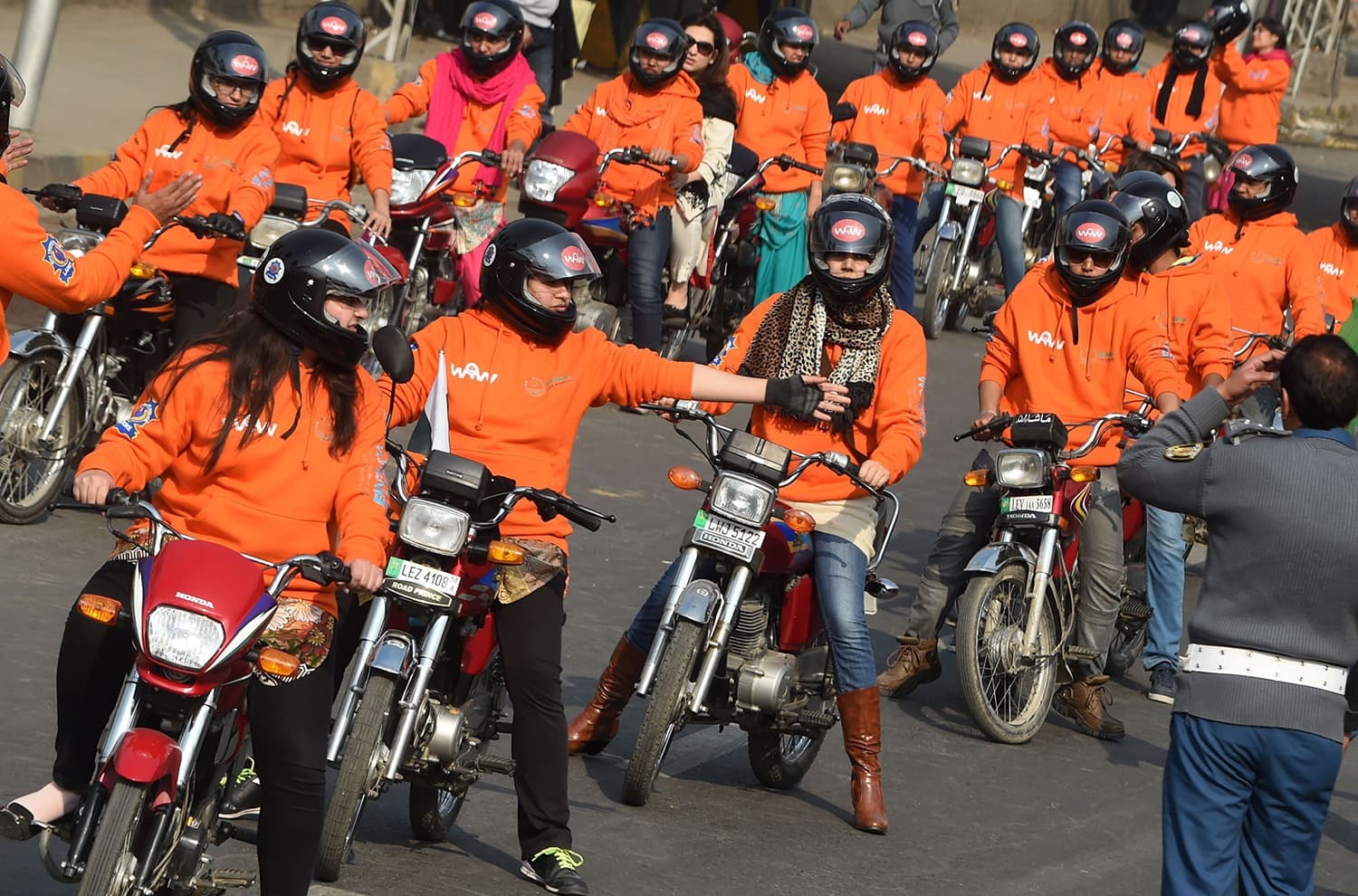 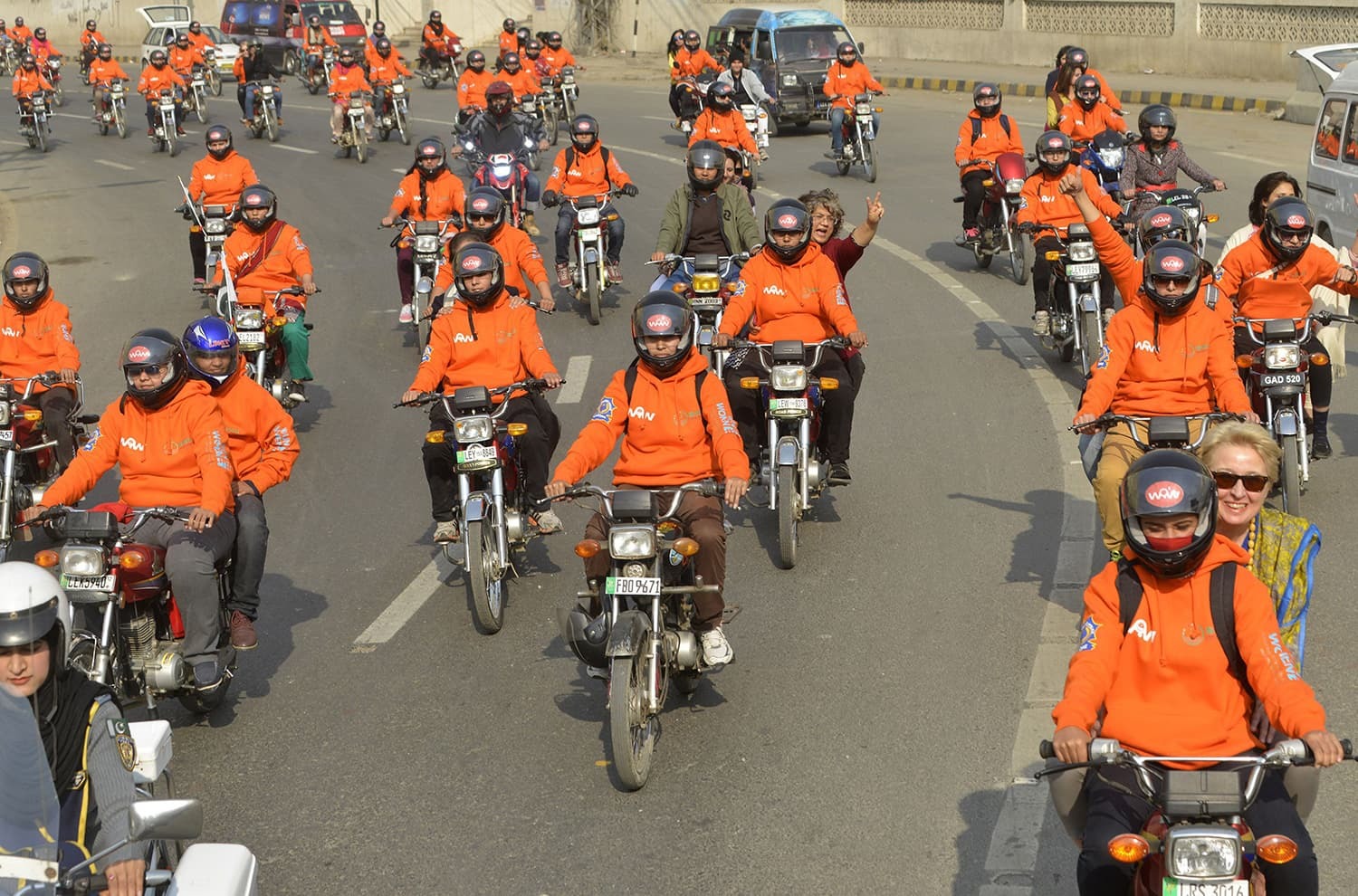 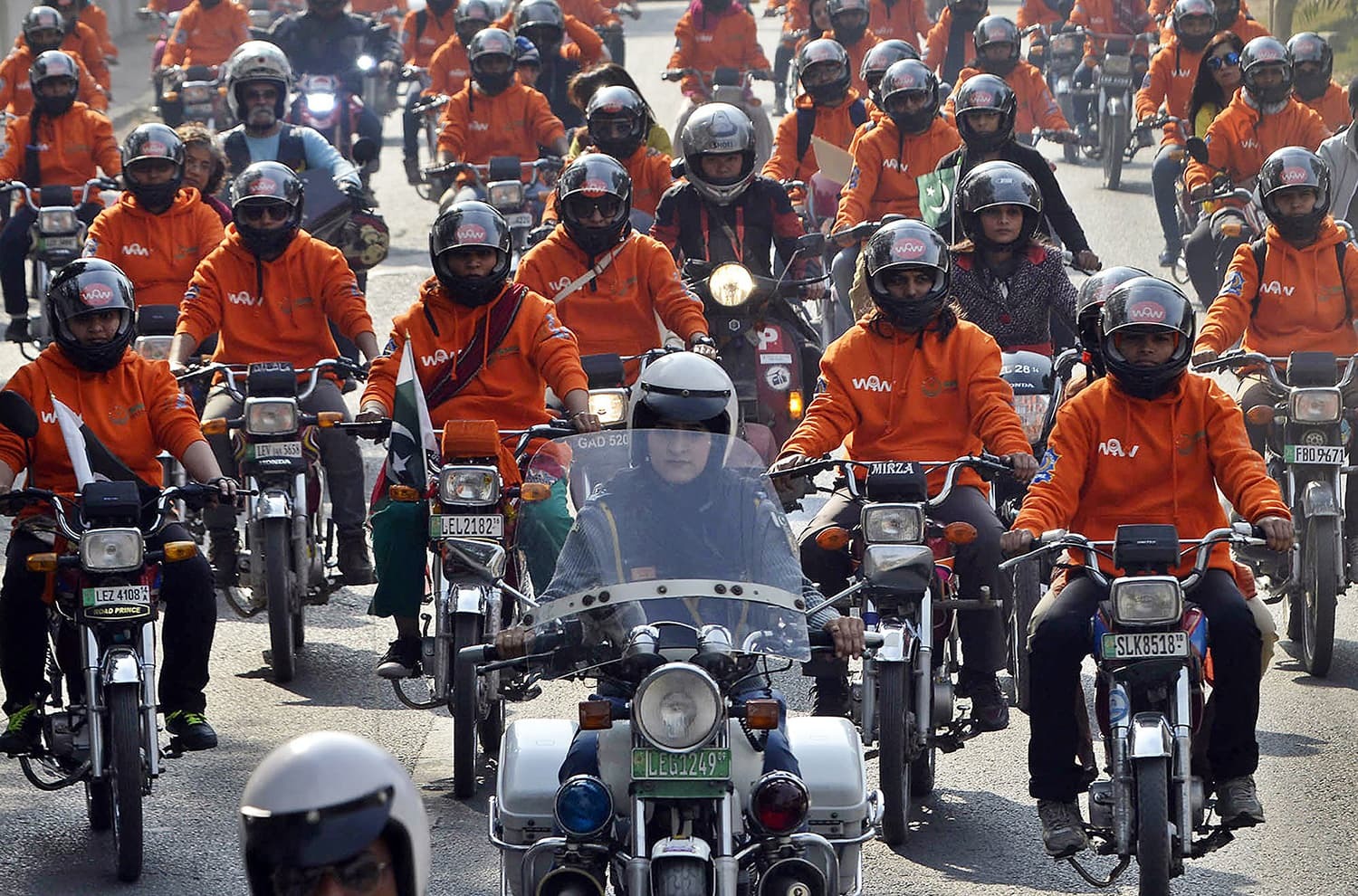