Why must we boycott Deewa and Mashal radios? 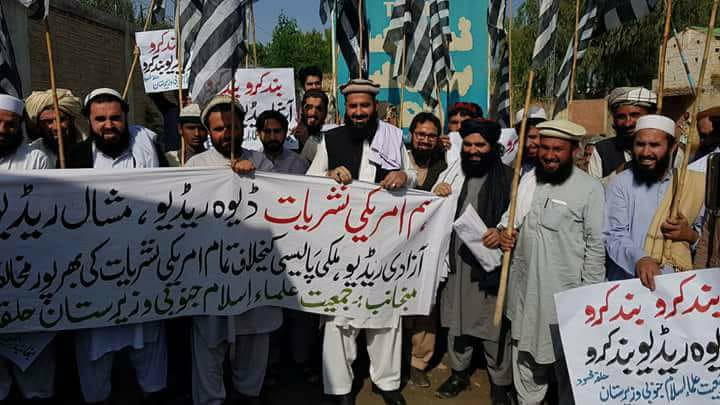 Almost every second and third day, a bang, a blast, and a gun shot, followed by American drone strikes and Pakistani aerial blitzkrieg while pounding terrorists hideouts.

This is how the Pashtuns lived for a decade. The clouds of terror are not over yet. The night of terror is still lingering. And the dawn which we are looking forward to come has not come yet.

Life in the federally administered tribal area (FATA) is no less painful than living in hell. Year in and year out, I have seen them in distress and tears–bewailing the loss of their apples of eyes, the loss of their only breadwinners.

Almost every tribesman who has a close watch on every single development of terrorism and insecurity feel where does lie the problem, yet the ground realities push them to seal their mouths. While looking into a wiser’s saying that a closed mouth doesn’t catch flies, therefore, keeping one’s mouth shut can protect you from many troubles.

I support what the zebrati boys did in South Waziristan. These weird boys want us confined to the black and white era. I must apologize in advance for calling them as zebrati boys as they can take me a blasphemer. In their lexicology calling them zebrati-boys tantamount to desecration of religious colors as religions like individual human do have color choices. We must be aware of that or else we can land in the jaws of deadly troubles accidentally.

Therefore apologies in advance. These zebrati speak the language of those invisible and all powerful forces who hammer our political future. Sometimes they are called “unknowns”.

Look at the audacity of these zebrati boys’ cousins. Their cousins reappeared in South Waziristan in the guise of a peace committee. As rumors say they have resumed FM channels in Bajaur Agency. A peace committee being run by retired terrorists is like a prayer led by a pros–a lady of pleasure.

And look at our gooses who were gradually making Mashal and Deewa their taste and habit while completely incognizant of what national honor means, anyway. They should listen to the zebrati cousins’ FM channels as it will augment their faith against worldly corruption. So no fussing, just obedience.

When we have a host of very much our own news channels, radios, and newspapers then why to opt for the rant and crap being offered by these American media outlets where some American agents in the disguise of Pashtuns are pouring misleading stuff into the gullible brains of millions of Pashtuns. What Pashtuns want of this world because this world has been made by God for others. Pashtuns are born for the blessings in world hereafter and not to vie with other nations of the world in mundane affairs. Our taste must remain Urdu–a language which is without any naysay very much our own national language.

We must reject not only the reporting and the misleading stuff by Mashal and Deewa as their reports are extremely biased, partial and totally aloof of factuality yet at the same time reject anything being published in the language of Afghans, the ingrateful Afghans. To augment our patriotism and religious faith let’s shout “Ban Deewah and Mashal”. We treated these Afghans like brothers when they flocked to our homeland in millions. Nevertheless, as soon as they returned home they started spewing venom against us–the heights of their ingratefulness.

Almost every tribesman who has a close watch on every single development of terrorism and insecurity feel where does lie the problem, yet the ground realities push them to seal their mouths

As a matter of honor we must love Urdu news channels. Urdu came into existence after the advent of Islam therefore its nature is Islamic and the language of Afghans predates Islam therefore infidelity is part and parcel of it. Any other content being published in the language of Afghans in parts of Khyber Pakhtynkhwa, Balochistan and Karachi must be banned right away for they carry seditious thoughts.

This is worth appreciation that Awami National Party has realised the gravity of the situation and started distancing itself from the language of these Afghans, by the way their language is known as Pashto. Any doubt then see the constitution of Afghanistan where it is said that it is Afghanistan’s official language.

A few months ago I watched a funnily ridiculous video documentary on the origin of Pashto. The narrator quoted some distorted sayings which he termed as hadiths. Should we believe him then Afghan was the son of Soloman who fell in love with the language of the jinns and asked his dad, Soloman, to command the jinns who like human beings were also subjects of the his great kingdom to teach this language to his son. The jinns taught him this language and he taught it to his children. The video has got a millions views and likes.

We are left with no other choice but to digest this indigestable truth that reporting by those sitting in America and Prague fall under propaganda material aimed at fomenting anti-state sentiments among the Pashtun audience.

This is what the zebrati boys hold on to, and we must too embrace their notions even if at times their notions look the weirdest of all.

The zebrati boys are the most sacred people for they are God chosen and whatever they do and foresee is infallible. The leader of the zebrati boys, who by looks who by inheritance is a religio-political figure lambasted the government in a live press conference the other day. He said that our state policy has become this much weaker that we cannot condemn atrocities in Indian held Kashmir and Palestine. In the meantime, Senator Salih Shah refused to comment on the plight of Mehsud families in Bakakhil camp because he was told by his party leaders to behave like a good boy and avoid hue and cry. This is not duplicitous approach at all, but a smart politic. As a lamps lighten the entire room except its bottom, therefore, we have the right to talk on far away issues than picking up domestic issues for debates.

And if they say there is no war at all in the Pashtun belt then there is no war at all. No drone attacks at all. And no suicide blasts at all. There are no internally displaced people and no camps at all where live millions of homeless tribesmen. Calling these zebrati boys just a few misguided, brainwashed, and indoctrinated group of brigands is an act of sheer disloyalty as they have been picked up for this job by those whom we love and respect the most. This is no sanity at all, no patriotism by any count to speak up your self and tell the world what is black and what is white in the Pashtun belt. When our news channels have something serious like Imran Khan’s Peshawari chappal and Ayyan Ali’s tattoo then why to sour the taste by covering the grievances of these hoipolloi tribesmen who brought terrorists from across the world, give their daughters to them in marriages and brought a bad name to our beloved homeland. Do you like any man who report the inside story of your home to your rivals or let alone your rivals even people from your own clan and village?

No, nobody will allow it to happen. Given that it happens then the story ends up on violence. So far we tolerated these Mashals and Deewas, however, not anymore. 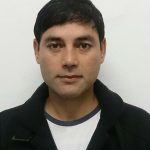 By Roohul Amin:
The author hails from the tribal belt in Pakistan. He worked as a journalist from 2006 to 2016, and currently lives in Germany.