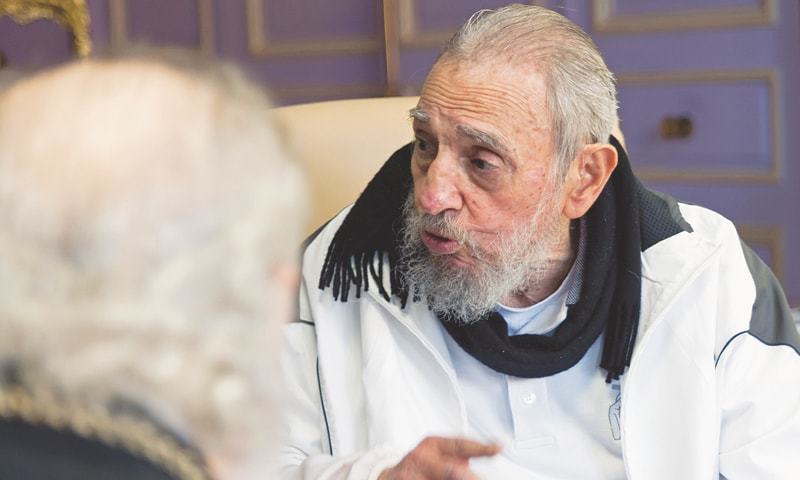 HAVANA: Fidel Castro responded on Monday to President Barack Obama’s historic trip to Cuba with a long, bristling letter recounting the history of US aggression against Cuba, writing that “we don’t need the empire to give us any presents”.

The 1,500-word letter in state media titled “Brother Obama” was Castro’s first response to the president’s three-day visit last week, in which the American president said he had come to bury the two countries’ history of Cold War hostility. Obama did not meet with the 89-year-old Fidel Castro on the trip but met several times with his 84-year-old brother Raul Castro, the current Cuban president.

Obama’s visit was intended to build irreversible momentum behind his opening with Cuba and to convince the Cuban people and the Cuban government that a half-century of U.S. attempts to overthrow the Communist government had ended, allowing Cuban to reform its economy and political system without the threat of US interference.

Fidel Castro writes of Obama: “My modest suggestion is that he reflects and doesn’t try to develop theories about Cuban politics.”

Castro, who led Cuba for decades before handing power to his brother in 2008, was legendary for his hours-long, all-encompassing spee­ches.

His letter reflects that style, presenting a sharp contrast with Obama’s tightly focused speech in Havana. Castro’s letter opens with descriptions of environmental abuse under the Spaniards and reviews the historical roles of Cuban independence heroes Jose Marti, Antonio Maceo and Maximo Gomez.

Castro then goes over crucial sections of Obama’s speech line by line, engaging in an ex-post-facto dialogue with the American president with pointed critiques of perceived slights and insults, including Obama’s failure to give credit to indigenous Cubans and Castro’s prohibition of racial segregation after coming to power in 1959.

Quoting Obama’s declaration that “it is time, now, for us to leave the past behind,” the man who shaped Cuba during the second half of the 20th century writes that “I imagine that any one of us ran the risk of having a heart attack on hearing these words from the President of the United States”. Castro then returns to a review of a half-century of US aggression against Cuba. Those events include the decades-long US trade embargo against the island; the 1961 Bay of Pigs attack and the 1976 bombing of a Cuban airliner backed by exiles who took refuge in the US. -AP