Transit Route – The most Viable Route for Peace Building in Afghanistan

“Economics shapes politics; an increase in economic interests of neighbours in Afghanistan via transit routes can shape regional politics and can lead to more sustainable peace in Afghanistan.” 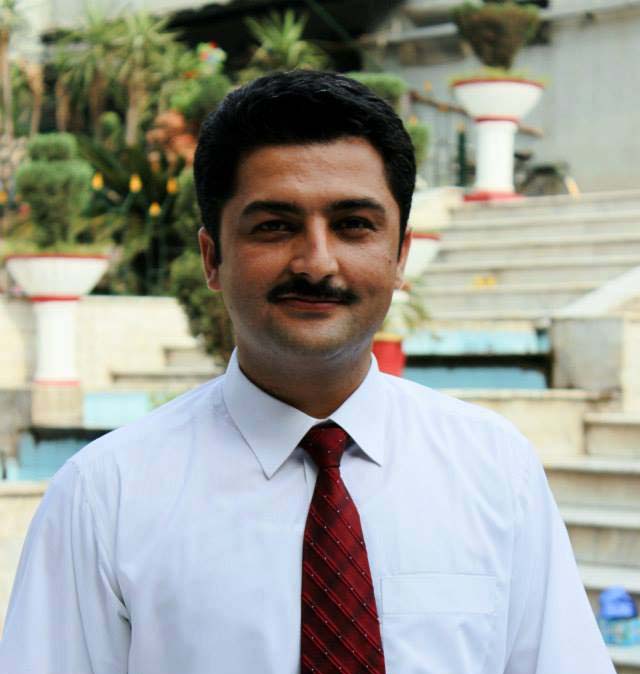 Frederic Batait, a French economist, has rightly said that “when goods do not cross borders, soldiers will”. Afghanistan being a ‘Heart of the Asia’ has/had geo-political and geo-economic importance for the region. And why it should not be? Historically speaking, Afghanistan remained a transit route among Europe, Central Asia and South Asia.

By definition, a transit route is allowing territory for passage of goods from one country to another country or region, a new and recent example of transit route is CPEC (China Pakistan Economic Corridor). Transit trade is a step ahead of trade (and free trade) where imports and exports took place with (without) concessions in tariffs and other restrictions. Now, the question is which of the three (Trade, free trade and transit trade) can be the most viable mechanism of peace building in Afghanistan. My argument is that of ‘transit trade’!!!

Afghanistan has a unique geo-political location: on one hand, it acts as a bridge between Central Asia and South Asia; and on the other hand, it is landlocked country which needs a strong cooperation from neighbor countries to have access to the world via water or land territory.

History guides us that transit route remained a prime income source of different regimes in Afghanistan. Afghanistan was at the peak of a transit route and pilgrimage passage to Makkah until the route was not destroyed by Genghiz Khan in twelfth century. The centuries that followed, witnessed ups and down on the way of transit route. For example, sixteen and seventeen centuries documented a fall of transit route due to reasons such as: the continuous wars among Safawid (Iran), Uzbeks in beyond River Oxus and Mughals India; the increase in maritime trade; the restriction of pilgrims by Ottomon empire; the cheaper and safer maritime routes between Europe and the East; the establishment of Portuguese colonies in India; and Russian expansion to Serbia which provided an easy route to Far East. Despite all these difficulties and obstacles, the beginning of seventeen century witnessed a significant number of transit trade i.e., about 14,000 camel-load per year. Transit trade surged in eighteen century due to emergence of modern Afghanistan kingdom by Ahmad Shah Abdali soon after the death of Iranian King Nadir Shah Afshar in 1747. However, the beginning of nineteenth century did not prove auspicious  for the transit trade due to the internal conflicts of various tribes of Afghanistan; wars with Persian empire and Sikh rulers; and an increase in transaction cost (taxes by various Urban trade centers) while using Afghanistan as transit route. All the factors led to decrease in the importance of the main Urban Centers (Kandahar, Herat, Ghazni, Kabul, Jalalabad, Tashkurgan) for overland trade. In the time of Dost Muhamma Khan (1826-38, 1842-63), the revenue increased from traffic of India-Kabul-Central Asia Trade. His son Sher Ali Khan (1969-79) is somehow considered the founder of a new civilization of Afghanistan and introduced many reforms including the boosting of transit trade and introduction of new currency unit, Afghani, which replaced the old Kabuli Rupee. From 1880, Abdul Rahman Khan took over the Kingdom and MODERNIZATION started till the time of Zahir Shah (1933-73) with special focus on transit route. It is evident from the fact that, in March 1965 at the time of King Zahir Shah, the first transit agreement was signed between Afghanistan and Pakistan in form of Afghanistan Transit Trade Agreement (ATTA). The treaty was well effective during Taliban regime in late 1990s.

After 9/11 accident, NATO forces invaded Afghanistan and Pakistan became the shortest route for logistic supply. The old ATTA was refreshed which boosted the transit between two countries. While examining Afghan-Pakistan bilateral trade scenario, it is impressive to note that the total formal trade volume has increased from $169.932 Million in 2000-01 to $1235.013 Million in 2007-2008. In 2010, the transit route turned new level to allow Afghanistan to export goods to India via Pakistani territory; this agreement is named Afghanistan-Pakistan Transit Trade Agreement (APTTA) and became operational in July, 2011.It is pertinent to mention here that this transit was one sided i.e., only Afghanistan can export commodities while India cannot export back to Afghanistan via Wagha Border of Pakistan. Recent statistics show that Afghan exports to India have been increasing since 2011 onward mainly due to APTTA. The APTTA is equally important for Pakistan, as this Agreement provides Pakistan with access to all countries bordering Afghanistan. The entry/exit points for Pakistan in Afghanistan are: Iran via Islam Qila and Zaranj border; Uzbekistan via Hairatan; Tajikistan via Ali Khanum, Sher Khan Bandar; Turkmenistan via Aqina and Torghundi. Pakistan frequently expliot its transit route to close her gates for Afghan goods for taking favours in political diplomacy. This transit route is a good mechanism to increase ’economic interdepence’ of Paksitan and Afghanistan on each other.

Besides transit agreements with Pakistan, Afghanistan has such type of contracts with other neighbouring countries as well. In January 2003, the historic Iran-India-Afghanistan agreement was signed linking Afghanistan with India via Iran territory of Chahbahar sea port. In January 2009, the Chahbahar project completed with special concession for Afghan exports by Iran. The concession includes 90% discount rate on port fee plus a 50% on storage charges are offered for Afghan exports by Iran at ChahBahar sea port. In addition, two trilateral transit and trade agreements were signed during TISA that was Afghanistan-Iran-India and Afghanistan-Iran-Tajikistan and four bilateral transits and trade agreements were was signed with Iran, Turkmenistan, Uzbekistan and India. Five-Nations agreement on railways (China–Kyrgyzstan–Tajikistan–Afghanistan–Iran) that will link China with Iran via Afghanistan railway was signed in December 2014. Using this agreement, in first week of September 2016, China has recently sent a first train of roughly $4 million worth of goods to Afghanistan via Hairatan (Uzbekistan) in a shorter period in comparison of old insecure and long transit route of Pakistan. Similarly, many highways are proposed to link Afghanistan’s Herat to Iran and Turkmenistan which will open way for Iran to Tajikistan and China.

Thomas Friedman’s writes in his book “flat world”, that – trade and interdependence become very effective in conflict prevention and peace building. Regarding economic interdependency, Afghanistan is one-way dependent upon its trading partners, as Afghan total reported exports are currently equivalent to only 5 percent of total imports, with exports amounting to $363.70 million. Now the question is how to increase the ‘interdependency’ of other countries upon Afghanistan? In short-term as well as in long-term, Afghanistan cannot compete on the basis of purely trade or free trade with neighboring and regional countries due to lack of industries and infrastructure. Being a consumer country rather than producer state, Afghanistan is not in a position to create a balance with the regional countries on trade/free trade. Arguably, free trade increases trade in Afghanistan but so does it enhance trade deficit (imports rise and exports fall); flow of imported goods increased and captured the domestic market of a country like Afghanistan with about 95% imports. The most viable way to increase the ‘economic interdependency’ is utilization of its soil for transit route.

Studies show that economic interdependence brings more peace between countries. A recent example is that of China which is actively involved in peace negotiation between Taliban and Afghan government is due to its economic interest in the region. Afghanistan should invite and cooperate with neighboring countries to indulge in transit route agreements to increase their ‘economic’ stakes in Afghanistan. The transit way of ‘economic diplomacy’ will be more effective and long-term tool of ‘economic interdependency’ which will prove a spring board for peace building in Afghanistan. US former Secretary of State, Condoleeza Rice rightly documented that “economic diplomacy is a powerful and vital way to shape political and social change by generating economic development”. And development of transit routes via Afghan territory is the most viable way of peace building in Afghanistan. One might argue that economic stability is not possible without first focusing on political and international relations. Economics shapes politics; an increase in economic interests of neighbours in Afghanistan via transit routes can shape regional politics and can lead to more sustainable peace in Afghanistan.

By Dr. Naimat U. Khan

The writer is an Assistant Professor at University of Pseshawar Pakistan. He can be reached at