His mission is not to attain power but to dismantle the power of those who has invited nothing but miseries to his nation in the name of religion. 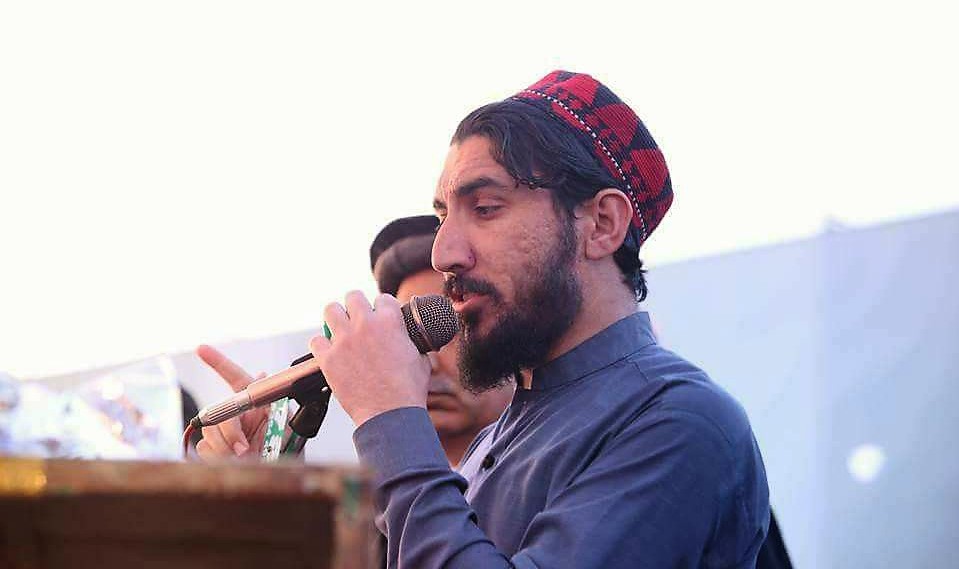 Any big event is rarely engineered and put in action. It is the capturing of a moment by someone, who may or may not be in routine limelight. The present uprising of the Pashtun is one of that phenomenon.  The capturing of a particular moment doesn’t need mathematical calculation or logical analysis or for that matter even an organization and discipline. It is split second decision by a courageous person and the lava erupts. All it needs dedication, honesty of purpose and the courage to grab the moment. Pashtun Tahafuz Movement is one of that moment captured by Manzoor Pashteen and his colleagues.

To me, life is not a chain of moments but every moment holds a life. All one needs to capture it and grab it to find eternal life. I was longing for such national uprising throughout my political life of 55 years. I was always of the firm belief that history will repeat itself but the question of “when” was bothering my soul. I knew if there is a forest there will be a lion in it but my agitated soul would not let me rest, to wait for the moment. Thanks heaven it came at last.

Who knew that a small village in Waziristan will emit its rays to light the up whole Abadal’s land?  As Dr. Khadim Husain rightly said that the place where the sunsets, emits the rays of hope. Manzoor, with its humble back ground but enormous courage seized the moment of his tribe sufferings and then enlarged his horizon to his nation, the Pashtun. As if the time and nation was waiting for the spark of ignition to start the robust engine of the history. The purity and clarity of the voice was so forceful that the lid of the fear of the known was broken in to pieces and the nation said, Labbaik. In short time it spread like the fire of the jungle. The voice was pregnant with the national pain and hope to heal the bruised and mutilated history of Pashtun nation. The resistance of some could not stand the powerful attraction of the irresistible voice.  The Messiah was born in the village of mutilated Pashtun.

The force he gained was not by weaponry might but by knowledge, logic and nonviolence. He captured the hearts and mind of the war torn nation waiting for peace and dignity. The movement launched was on day to day sufferings of the nation and humiliation they suffered at the hands of occupying army in the name of war on terror which was in reality a terror upon terror. Pashtun were forced to pay for a war which was not theirs. They were being consumed like energy by the horrible war machine which was rolling for the last four decades, unleashing terror, miseries, fear and tears.

Manzoor Pashtun and his colleagues instead of condemning started resisting the roller to stop crushing the innocent men and women children and elderly. He started demining his land and minds of the people. He upheld nonviolence against the mighty and violent mind set determined to extinct Pashtun race and tarnish their individual and national dignity.

His approach is to the common problem of the common man. He dissociates himself from doctorinated intellectualism. He is a simple man with simple words for simple people to understand and solve basic problems to mined countryside. His agenda is simple. No to war. He wants to bring peace to his land and restore respect to his nation robbed by the occupying alien force. His mission is not to attain power but to dismantle the power of those who has invited nothing but miseries to his nation in the name of religion. His message is hate for hatred which is the most pure form of love. His demand is constitutional and oppose the extrajudicial killing and enforced disappearance of the people. His agenda is small but comprehensive. He does not ask the people to come to him but he prefer to go the people to learn from them and share with them his views.  He is in the process continuous learning and teaching. His call is to wake up the conscious of his own people to dehumanization and appealing the world for humane treatment to his nation.

His cap has become a symbol of peaceful resistance to the wrong doings of the people at the helm of the affairs.

He is not racialist but a nationalist in the frame of humanity. His movement is guided by human values denied to his nation for the last 300 years. In my view he is writing the last unfinished chapter of his unfinished history. He is deriving strength from his honesty and character and his driving force is the miseries of his nation particularly inflicted in the last two decades by Pak army. He feels the pain of all Pashtun who are asked to identify themselves in their own home several times a day with indignation and insults.  He is not bothered whether the usurper is black or white but his hands must be stopped before he suffocate us to death.

A general awakening of slumbered Pashtun is being witnessed across the land on both sides of the Durand Line. His simplicity and straightforwardness is the source of attraction. His cap has become a symbol of peaceful resistance to the wrong doings of the people at the helm of the affairs. His cap is worn by the girl students of the Punjab University on one hand it is worn by the senate chairman of Afghanistan on the other hand.

He is the continuation of the legacy of Abdali, Pir Rokhan, and Bacha Khan. He is the maker of a legacy in his own right. We all should be a party in his struggle not just supporters. It is a question of to be or not to be. If to be, then it is must, to be with respect and dignity. But we should be aware of the machination of the people at the helm of affair in Pakistan. We should fail them to provoke us and should appeal to the peace lovers of the world to support us. Live and let others to live in dignity.