The rise of clerics as the new class in Pashtun society 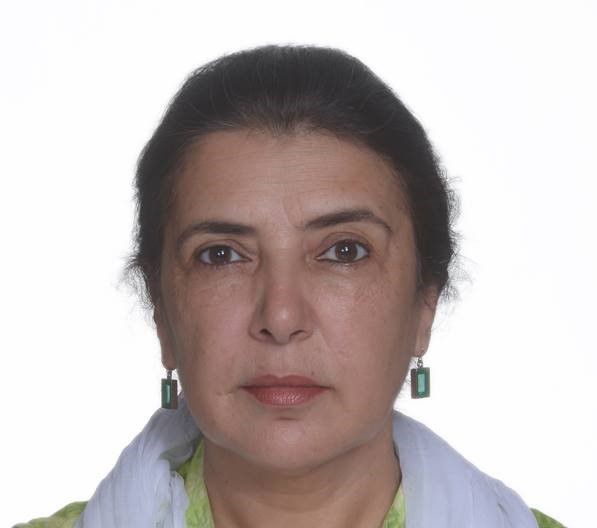 In the contemporary era of War on Terror, one often hears the words Mullah/Taliban and Pashtun carelessly associated with each other in Pakistan, as if there is some synonymity between the two. More often than not, such associations are intended to place the entire burden of the rise of religious extremism on Pakhtun society while absolving more powerful actors of their role. It is therefore all the more important now to understand how the Mullah came to occupy a position of such prominence in Pashtun society, and the way composition of traditional Pashtun elite and cultural codes have been changed adding to the miseries of Pashtun masses.

In the traditional class hierarchy of Pashtun society, the Mullah (cleric) generally used to be a kasab-gar (service provider) like other servants to the Khan and Malak (chief of clan/extended kinship) in order to provide religious services to the village. The Mullahs would be given cooked food items every evening by most village households, ghalla (grains) after every harvest season by the landed families, sar-saya (per family member service fee) and eidiby well-to-do families. In terms of wages or rewards, the Mullah was the lowest paid kasab-gar as compared to a lauw-gar (harvester), dam (musician), jola (weaver), tabib (healer), mistry (mason), kulal (potter) etc.

In the context of the Saur Revolution in April 1978 in Afghanistan, the Pakistani state changed this hierarchy by giving the Mullah a position of power in politics by assigning him an ideological/militant role in geopolitics. It awarded him with state authority for running formal seminaries and issuing fatwas (decree). He was armed and militarized and was awarded with new titles elevating his social status. One title in particular, that of “Maulana”, has been promoted by the establishment to give the Mullah a scholarly title to establish his cult of personality. The irony of their scholarly status is that most of these “Maulanas” have not produced a single scholarly publication in their lives.

The rise of the Mullahs was facilitated by the rise of a state-sanctioned seminary system. In 1980s, five Wafaq-ul-mudaris (private madrasah boards) were strengthened/established by the state for main sects to produce millions of certified muftis, maulanas, hafiz, aalim and alimaat. These five wafaq include one each for the Barelvi, Deobandi, Ahle Hadith, Shia schools of thought while the fifth Wafaq belongs to seminaries managed by Jamaat-i-Islami, mainly promoting Wahabism. There were only 189 madrassas in Pakistan in 1947, which grew up to 8,000 registered and 25,000 unregistered seminaries in the 80s. The current total figure is 60,000. In some areas of Pakhtunkhwa, they outnumber the underfunded public schools. Most of these mullahs and students of seminaries were recruited in the military’s proxy outfits and given state authority through titles of Ameer, Commander, and Qazi.

The ideological and financial base of the seminary system was housed in Punjab, while the manpower for Afghan jihad was extracted mainly from the Pashtun nation. Most of the interventions were mainly targeted at the Pashtun nation due to her geostrategic location, proximity to Afghanistan, and her strong pro-Saur Revolution nationalist and socialist movements. This covert-war design involved use of Pashtuns as gun-fodder in the battle for neo-imperialist expansion in Afghanistan and war against socialist USSR.

These interventions resulted in an intra-class war between Mullahs and Khans/Malaks (most of whom were historically either secular or indifferent towards religion). With logistical and financial support from the military and intelligence apparatus, the Mullahs/Jihadis/Taliban commanders killed hundreds of Khans, Malaks, industrialists and entrepreneurs. They also carried out suicide attacks on jirgas killing 10s of Malaks and hundreds of their clan members in one attack and  occupied their properties and businesses, particularly in Swat and Malakand regions and parts of FATA, where governments were established by them through levying and collecting taxes, jizyas, fines and tolls; controlling territories; and running courts and jails.

These interventions not only changed the class authority configuration in Pashtun society but it also radicalised Pashtun cultural codes. Historically, class authority in Pashtun society was distributed along clan and kinship lines, particularly in rural and barani-agrarian settings in South Pakhtunkhwa and FATA where large commercial agriculture production does not exist due to scarcity of water and communal holding structure.  In the irrigated areas, where Khans have big land holdings, class authority was more centralised along feudal family lineages. In the past, only Khans and Malaks had the social authority to hold jirgas for settlement of local intra-clan and inter-clan civil and criminal disputes according to customary code of Pashtunwali. The role of Mullahs in these jirgas was only to recite dua-e-khair after decision-making by the jirga. The Mullah never had a vote or veto power in jirgas. However, with the emergence of Mullahs as the new class, the Mullahs, Ameers, Commanders and Qazis not only started holding jirgas by themselves but they also started mixing Shariah codes with Pashtunwali codes, which resulted into further conservatisation of Pashtunwali codes.

Mosques previously belonged to clans and religion was not an institutionalised affair but that is not the case anymore.  Mullahs have not only taken over most of the mosques, they have also expanded their authority through establishment of madrasah networks, whereas most mosques and madrasahs have become proxy garrisons, depots of arms and ammunition, and hideouts for religious fascist outfits, dubbed as “dehshatgard” by the present government.

In addition, there is a network of foreign funded religious NGO systems, providing support for maintenance of their power bases and further expansions. Graduates from these seminaries once out, have nothing to do except to establish and run new seminaries. These NGOs are involved in providing medical support to moving and treating injured militants, and livelihood support to the dead militants’ widows and children. This holy task is mainly done by Jumat-e-Islami’s NGO Alkhidmat Foundation through hospitals, schools and training centers, mainly in KP and FATA. The NGOs are the only ones given access to war zones during military operations in FATA and KP.

The process of changes in the elite class composition was a process induced by the state, similar to that of the establishment of feudalism by the imperialist British Raj in India. After independence of India, the new democratic government abolished feudalism by reforming big land holdings. Whereas in Pakistan, the status quo continued, providing fertile land for the promotion of Mullahs – a key ally of the feudal and the theocratic state. The godfathers of Afghan mujahidin used Mullahs to the full against their ideological adversary – the ‘godless’ USSR, as dubbed by the Saudi Wahabi and their progenies in Pakistan.

Most of these interventions were initiated by the neo-imperialist powers, mainly the USA (Pakistan was a key American ally during the Cold War) through the Pakistani state establishment for strategic expansion, seeking strategic depth in the garb of jihad against the communists in Afghanistan.

As a result, running seminaries by Mullahs became a flourishing business, one which did not require the investment of any capital other than the religious fervor of the innocent masses of Pakistan (and Pakhtunkhwa in particular).

Now, in addition to the seminary business, Mullahs own lands, real estate, weapons businesses, personal guards, and other similar big businesses. Just like the feudals, Malaks and other entrepreneurs, the Mullahs also now earn by providing protection to outlaws and criminals. They have entered Parliament and have independent connections with international financiers as well.

Despite their intra-class conflicts with the rising class of clerics, the Khans and Malaks have now generally accepted this new class and power bloc and now collude with them for secretive election deals.

We also must understand that the upward class mobility in general and of the Mullahs inherently involves exploitation and oppression of the masses and therefore is in no way a struggle for fundamental changes in class structure and abolishing it. It means the oppressed becoming the oppressors.

For the majority of the working classes, the rise of the Mullahs has done nothing, instead introduced a new layer of oppression, which is now intertwined between the Khans/Malaks and the Clergy, with each interchangeably assuming the role of the other.

Thus a new phenomenon has been invented whereby the Mullah class has become more powerful and elusive, challenging the class power of the traditional elite and at the same time colluding with the state, backed by the neo-imperialist powers of course.  As a result of this new perch, the elite has become virulent, maximising the miseries of the working class and marginalised people of the Pashtun society, converting even the little children of the poor working classes into Taliban and suicide bombers.

To conclude, as if pre-existing exploitation and oppression along class, nation and gender lines were not enough, the Pashtuns now have to fight the new religious elite as well. If the phenomenon of the Mullah elite is to be fought, we must popularise the narrative of neo-imperialist history of rise of Mullah as the new class to remind ordinary people and Pashtun nationalists of how and why their rise has been engineered, and of changes in class composition and formation of the new Pashtun elite, and their collective class interest. Otherwise, the Mullah phenomenon will takeover not just the entire Pashtun society, but all of Pakistan.

The author is a political worker associated with Awami Workers Party. She can be reached at ismatshahjehan@yahoo.com