The power of social media

Posted by: The Pashtun Times in Latest News, Opinion February 3, 2018 0

It was only with the blessings of various social media platforms that not only declared Mashal Khan innocent in the eyes of the public but also forced the authorities to investigate and arrest the people allegedly involved in the dastardly act. 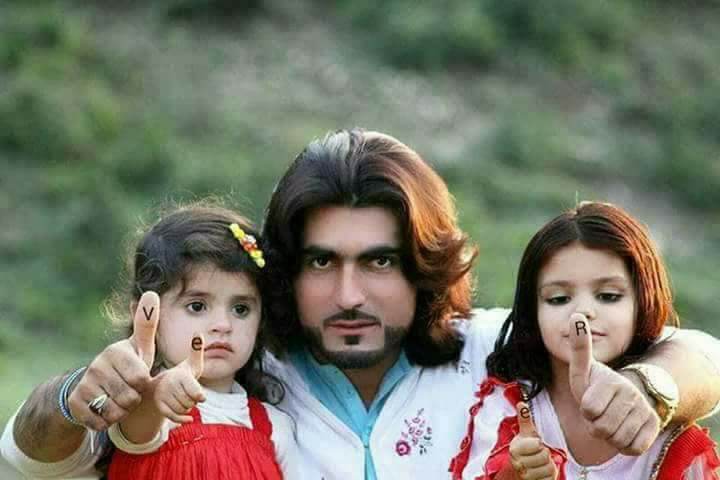 The public outcry at the injustice meted out to Zainab Amin of Kasur and Naqeebullah Mahsud from Waziristan recalls the “Revolution 2.0” by the Egyptian computer engineer Wael Ghonim, who changed the tide of history by creating a Facebook page called Kollo Na Khaled Said (We are all Khaled Said).

Khaled Mohamed Said was beaten to death by the state security agencies. The Facebook page created by the Google marketing executive forced the ruthless Hosni Mubarak to say goodbye to his almost 30 yearlong iron-fist regime in Egypt. Ghonim was later named by the Time magazine among the 100 most influential people in 2011.

As Mubarak’s regime was at the tipping point and the waves generated by Ghonim’s Facebook revolution in the intercontinental Egypt were gradually reaching the neighborhoods eight years ago, the thought hardly crossed anybody’s mind that it will touch the plains of Pakistan one day.

And here comes the day. Thousands of people from all over the country stood behind the family of Naqeebullah Mahsud to demand justice for the Waziristani young man no sooner did his stylish and glamorous images were uploaded to the social media by his friends and family members.

The news media, that picked the issue made it a hot topic of its news, views and prime time talk shows later, mobilized the people who added further impetus to the demand: Justice for Naqeebullah. Only time will witness if the family gets justice or not but the social media performed its magic by turning the once powerful and unchallengeable police officer into a fugitive to escape justice.

Another gory incident that shook the country the same time was the rape and brutal murder of the seven-year-old Zainab Amin, whose photo and story became viral on social media swinging the top judiciary, the provincial government and the law enforcement agencies into action to discover, arrest and punish a ‘child rapist’ and a ‘killer’.

Had the magic of social media not been involved, the accused Imran Ali would continue hunting innocent children while the local police and authorities continued to ignore the problem as they did over the disappearance of at least half a dozen minor girls in Kasur before Zainab.

When it comes to justice for the common man, the lynching to death of university student Mashal Khan by fellow students on baseless charges of blasphemy in April last year was another landmark incident highlighted by the social media. The mob lynching would have gone unnoticed and perhaps Mashal Khan family would have never dared to raise their voice due to the severe nature of charge leveled against their only son had the horrible incident was not reported in the social media.

It was only with the blessings of various social media platforms that not only declared Mashal Khan as innocent in the eyes of public but also forced the authorities to investigate and arrest the people allegedly involved in the dastardly act. The court decision in Mashal case is expected to be announced next week.

Unlike Egypt, Pakistan is a country with a vibrant media and working democracy where people elect their representatives to the parliament and have freedom of protests against the government. But lack of good governance, including access to easy and speedy justice, lawlessness, freedom of expression, accountability of the ruling elites, corruption and unemployment often enrage and disillusion the common man about weaknesses in the system.

So far the social media has provided platform to the oppressed in Pakistan to raise their voice against the oppressor mostly in individual cases. But the speedy expansion of internet connectivity may bring people together for a collective stand against corruption, mismanagement, non-provision of civic facilities, insecurity, and accesses by the state security agencies.

Notwithstanding the question of authenticity, social media is becoming the quickest source of spreading information to diverse target recipients. Besides, people enjoy more freedom and courage to express anger at the government or criticize its decisions disregarding the used of all means harassment to muzzle the voices of dissent.

Apart from Pakistan, social media is also making inroads in the neighboring Iran, India and even Afghanistan. The protests in late December in Iran, where the state applies strict control over the Internet, is a key example of the power of social connectivity. The spontaneous demonstrations, apparently sparked by the high prices of eggs in Iran’s second largest city of Mashhad soon also spread to the central capital Tehran along with other cities.

The young men spearheading the protests were using social networking site Telegram to share the videos in and outside Iran. Unlike the 2009, there was no one leading the protests this time and all those coming on the roads were getting courage from their social media connections.

Had it not been the social media, who would dare to report the inhuman act committed by the former warlord and Afghanistan’s first vice president Abdul Rashid Dostum, who allegedly ordered the rape of a former provincial governor with the barrel of an assault rifle. First circulated in the social media in December 2016, the story was picked by the news media forcing President Ghani to launch an investigation against his vice president and key election ally. Dostum is out of the scene since then.

According to a 2017 report, the total number of Internet users in Pakistan stands at 35.1 million making roughly 18-20 percent of the total population while an estimated one million people coming Online via cell-phones every month. Thanks to the abundance of China-made smart phones in the market,large swaths of offline people will be added to the list of online community with the expansion of broadband in the country soon.

With this, one may predict that the people who now casually swung into action against injustice meted out to individuals, will stand for collective causes such as peace, poverty, racism, tolerance, extremism and terrorism. If that happens, it will truly be the dominance of “the power of the people over the people in power,”as Ghonim notes on the cover page of his memoir.

By Daud Khattak: The writer is senior editor with Pashto language Mashaal Radio in Prague.