Rajiv Dogra’s book, Durand’s Curse: A Line across the Pashtun Heart, is a perceptive analysis of the adventurism that created the Afghan problem. It is a must read for scholars of South Asia 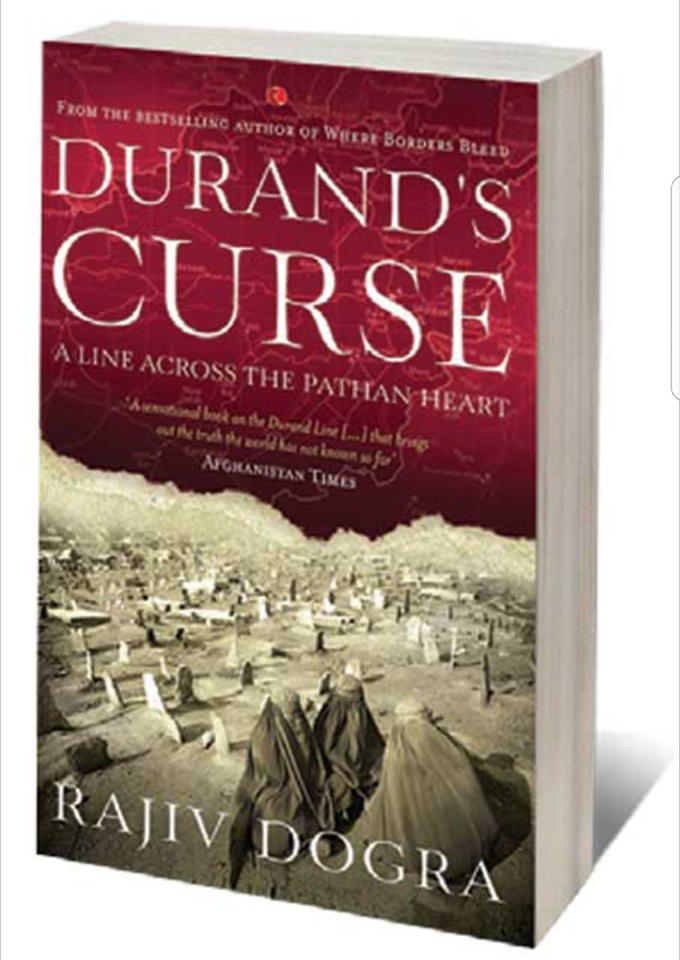 Barring perhaps tiny Sri Lanka, the British Empire amputated every non-Christian land that fell under its heel, causing wounds that time could not heal. As meticulously documented by Narendra Singh Sarila, the Partition of India was conceived by Winston Churchill, planned by Archibald Wavell, and executed by Louis Mountbatten (The Shadow of the Great Game). Mohammad Ali Jinnah was a crude instrument whose barbaric methods concealed London’s strategic objectives.

Balochistan and Afghanistan were also hacked for imperial convenience. Former ambassador Rajiv Dogra’s Durand’s Curse: A Line across the Pashtun/Pathan Heart is a perceptive analysis of the adventurism that created the Afghan problem.

Afghanistan’s division by foreign secretary Mortimer Durand in 1893 was a mistake, compounded by London’s decision to hand over the British ‘sphere of influence’ to Pakistan in 1947. Pakistan Prime Minister Liaquat Ali Khan asked in the Constituent Assembly in March 1948: ‘Is Pashtun/Pathan the name of a country or that of a community?’ Khan Abdul Ghaffar Khan replied: ‘…the people of India used to call us Pathans and we are called Afghans by the Persians. Our real name is Pakhtoon. We want Pakhtoonistan and want to see all the Pathans on this side of the Durand Line joined and united together in Pakhtoonistan.’

Dogra reveals the interesting nugget that the East India Company (Charter Act 1833) held its India territories in trust for the British Crown. This nails the lie by British and Nehruvian historians that the Company was a trading firm that got accidentally involved in ruling a fractious India, and explains why direct Crown rule was established after 1857.

London professed anxiety about the designs of other imperial powers on India: especially Tsarist Russia which was expanding in Central Asia. Dogra considers the Russian threat a product of feverish minds because even in 1838, Russia was at least 2,000 miles away. This fear, however, gave birth to the ‘Great Game’.

The First Anglo-Afghan war was an unmitigated disaster for the British, with only one man returning alive to tell the tale. The Second Anglo-Afghan war ended in formal British victory. The Treaty of Gandamak (May 1879) won them the Kurram Valley, Khyber Pass and some other frontier districts. Britain now controlled Afghanistan’s foreign policy and set up a permanent embassy in Kabul, headed by Louis Cavagnari, principal negotiator of the Treaty. Within weeks, he and his men were butchered.

Abdur Rahman. Dost Mohammad’s grandson, became Amir in 1880, and began to expand his empire by winning Kandahar, Herat and some minor chiefdoms. When Russia occupied Merv oasis in February 1884, gaining complete control of Central Asia, the Afghan Amir panicked and seized Shignan and Roshan in violation of the 1873 treaty between Moscow and London. London mooted a trilateral commission to resolve the boundary issue; the negotiations ended with the Russo-Afghan boundary agreement of 1887.

Britain was now free to make its moves in Afghanistan as Abdur Rahman was expanding his territory, including Pashtun tribal areas where he invited tribal chiefs bordering British India (Turis, Orazkais, Wazirs, Sheranis and inhabitants of Zhob) to pledge allegiance to Afghanistan. Viceroy Lansdowne wrote to the Amir that Britain would decide which territory should and should not be part of Afghanistan.

In 1893, foreign secretary Mortimer Durand arrived in Kabul, where he met Sir Thomas Salter Pyne, a technician working for British intelligence, who had become the Amir’s closest confidant. At their first meeting, Durand promised that in deference to the Amir’s wishes, “the Government of India had decided that for the future the Persian text of all communications between them and the Amir would be regarded as binding”.

The negotiations dragged for weeks, when suddenly, on 12 November 1893, with no Afghans or witnesses present, the Amir signed a brief, seven paragraph document, in English (a language he did not know), with no copy in Persian, as previously agreed. A related document was a small map in a diary with a line drawn through Pathan territory, which was unsigned. The only other person in the room was an Indian, Sultan Mohammad Khan, father of the poet Faiz Ahmed Faiz, who hid behind a curtain to take notes of the meeting.

Dogra suspects that a serious medical condition was exploited to make the Amir submit to British whims. Abdur Rahman relied on a British physician, Dr Hamilton, to cure him of serious ailments and needed heavy doses of tranquilizers. Many Afghans believe that the Amir did not sign the document and that his signatures were forged.

Sultan Mohammad Khan, who took notes of the negotiations, fled Kabul on being warned by Dr Hamilton of danger to his life. He was arrested on arrival in India on charges of being an Afghan spy, but released and appointed as the Afghan ambassador in London. This suggests he was arrested for his notes and rewarded for collaboration. Salter Pyne left abruptly in 1898 when the Amir discovered he was a British spy.

Why was the Durand Agreement necessary? Dogra believes the answer lies in Sir Olaf Caroe’s observation, ‘…the British could see a dangerous threat to their empire in the unity of the Pakhtuns’. Ironically, in 1919, after the Third Anglo-Afghan War, secretary of state for foreign affairs, Curzon told the House of Lords that all previous Treaties between the Government of Afghanistan and the British were cancelled by the act of war. Logically, this applied to the Durand Agreement.

When Mountbatten announced the plan to partition India, Afghans demanded that the proposed referendum in the North West Frontier Province should offer people an opportunity to re-join Afghanistan or form a separate State. Sadly, Jawaharlal Nehru supported the British terms of referendum. Jinnah rewarded him by turning the Afridi and Mehsud tribes on Jammu and Kashmir in 1947, causing wounds that bleed to this day.

The Durand Line was a huge mistake. Afghans across ideological affiliations repudiated it. If terrorism in the region is to be contained, the international community will have to take a call on this illegitimate document. Dogra’s work is full of insights into the region’s woes and is a must read for scholars of South Asia.  (First published in The Pioneer)

The writer is a political analyst and an independent researcher.