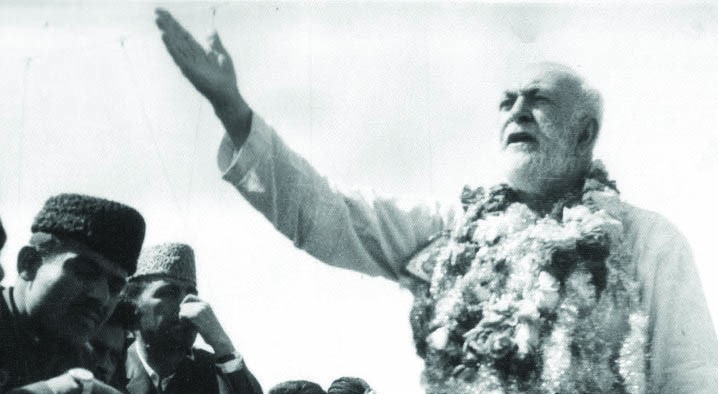 One of the most influential trends depicted in the evolution of post-colonial studies has been the discourse around history and historiography. The deconstruction of grand historical narratives and reconstruction of alternative frame of analysis has figure out realities that are made invisible under the auspices of state’s tagging narrative of good, bad and the ugly.

The post-colonial studies stemmed in the justice and rationality, has pedaled processes to unearth and rephrase the symbols, omens and language that are peculiarly defined and redefined by the pre and post-colonial imperialist powers. Historical distortions in the text books has been empirically questioned by K.K Aziz, Mubarak Ali, A.H Nayar, Parvez Hoodbhoy, Rubina Saigol,  and other Pakistani historians. These historians assert that Pakistani text books of the public schools tend to indoctrinate and impart selective history that serves the purpose of erasing student’s historical consciousness, reasoning, optimism and activism for change.

While focusing on the missing links in the anti-imperialist history of the pre and post partition of India, there are some towering personalities who remain behind the bars for the best and big pie of their life for higher political ideals, dignity of the people, justice and equity within the federating units of the country.

Khan Shaheed Abdul Samad Khan is one amongst few non-violent anti-imperialists who happened to remain the most consistent in pursuing the ideals of freedom and autonomy on the land where he and his people were living for centuries.

Born in 1907 in an agricultural village, “Enayat Ullah Karez”- Killa-Abdullah Distrct, Khan Shaheed got education till class 8th. His autobiography shows that political consciousness and intellectual wit was there even during his teen ages. One of the very important aspects of his teen age experience with imperial infrastructure was the nexus of culture and imperialism. As the reckoned post-colonial writer Edward Said points in his account “Culture and Imperialism” that. “We are all taught to venerate our nations and admire our traditions: we are taught to pursue their interests with toughness and in disregard for other societies. A new and in my opinion appalling tribalism is fracturing societies, separating peoples, promoting greed, bloody conflict, and uninteresting assertions of minor ethnic or group particularity”.

The study of Khan Shaheed’s life affirms that he had to challenge the appalling aspects of culture that tend to perpetuate political juxtaposition of the British-imperial power. Reducing the effective and spontaneous institution of “Jirga” to a mere congregation of the handpicked opportunist-tribal notables created a vacuum that was to be met through the politicization of the people. In this connection he at one end challenges the British-imperial policies towards culture, education and governance while on the other end he had to work with tribal-Pashtuns to make them critical, political and optimistic. He started questioning the superstitions that in most of the cases bring fatalism and cynicism to the people. When he was only 13 years old, he challenged the essence and politics of fabricated Jirga Council, initiated dialogue with clergy men on the essence of religion as source of transformation and also consulted with his family members to change their world-views stemmed in rationality and objectivity.

When Khan Shaheed was almost 13 years old, freedom movements in India were on full swing. He remained highly concerned and updated regarding the political moves against the British-raj in India. In 1924 he along with his legion of fellows travelled to Sindh and Panjab and closely studied the momentum of anti-imperialism movements. In the following year (1927 -31), Khan Shaheed frequently visited India, deeply studied political situations and carried out series of consultations, dialogues and discussion with different leaders including Gandhi, Bacha Khan, Nehru, Abulkalam Azad, etc. He studied indigenous movements erupted through traditional societies. It also figured out a paradigm shift in his strategy for seeking freedom. One of the long-lasting impacts of these frequent visits was that Khan Shaheed completely submitted himself the approach of “Non-Violence” as confesses in his autobiography.

At the age of 23, Khan Shaheed led the civil disobedience movement in Balochistan that was maneuvered by the Indian National Congress. It was no more tolerable to the power and therefore was arrested by the British authorities and detained him in 1930 for almost a year. In 1931. Although it was his second time in detention, but he never made haste and had never beg mercy from the cruel British Officers, hence he remained highly patient during his imprisonment. He started teaching in the jail, taught an illiterate Numbardar both writing and reading in six months on the floor of the prison. Meanwhile he learnt Balochi and Sindhi and also studied highly important books that sharpened his political consciousness.

After getting released from Jail in 1931, he went to India and remains with Gandhi in his Ashrum and also travelled with him to Ahmadabad and Dehli. This has carved long lasting impacts on his worldview, political approach and commitment to the service of his own people.

Khan Shaheed’s sacrifices were not meant only for Pashtuns, but these were equally meant for the Baloches, who were equally suppressed with iron hands. He presided over the All India Baloch and Balochistan Conference in 1933. The conference proved a fountainhead for a vivid momentum and several political organizations and use of media was figured. Khan was apprehended for the third time and remained in jail for up to three years (1934-36).

He established Azizia Press after the name of his close Baloch Comrade “yousaf Aziz Mugsi” he died before time in the earthquake of 1935. He pioneered the  first newspaper “Istiqlal” from Quetta before which the province monologue with itself. Meanwhile, he materialized the idea of incepting an organization “Anjuman-e-Watan” in order to lead a systematic efforts for unfettering his nation of tyrannical clutches of the British. This organization fostered novel political activists from diverse ethnic, religious, and gender backgrounds. Till 1938, the organization proved the essence of its existence and was largely recognized across subcontinent.

Khan Shaeed’s contribution to the political awakening of people during British era is a story that has yet to be told by the historians. Although he was a great aficionado of strengthening state’s institutions, constitutional development process, enabling democracy and the people’s rule and autonomy on their resources and lives, but he was always negated by the people who unilaterally and unlawfully were clinging to the power structure. Although almost all religious parties in India were against the partition of India, but after the creation of Pakistan they were on boarded as the real Pakistanis and the Pashtun, Baloch and Sindhi nationalists were tagged as “others”.

He had a desire to regulate governance through a just federation representing the desires and needs of the administrative units. His struggles for democracy, good governance, formulation of provinces on historical and cultural lines and autonomy of administrative units did not suit the establishment that was seeking power through back doors. His indefatigable struggles let the rulers with no option but to strike him physically and he was assassinated in cold blood at his residence on December 2nd 1973.

His struggle for challenging the controlling and exploitative mechanisms of British Empire, and speaking truth to power even after the partition of India, has rendered consistent miseries to his life in the form of imprisonment. It is interesting to note that before the partition of India, he was detained for 4-times for his anti-imperialist activism, while he went to the same prisons after the creation of Pakistan for 5 times. In total he paid out 26 precious years of his life to the prisons. Whenever he got out of the bars, he would start his political activism in the pursuits of ideals of earning dignity to the oppressed nations of the soil. He was a great scholar of religion, culture, linguistics, and was able to speak more than 7 languages. He used his time behind the bars for creative purposes, translated several books into Urdu, the Holly Quran into Pashto, and wrote a voluminous autobiography that is a great asset with regards to the political, social and cultural histories of his time. 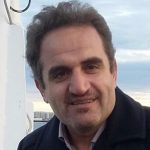