Sikh temple reopens for worship after 70 years in Peshawar 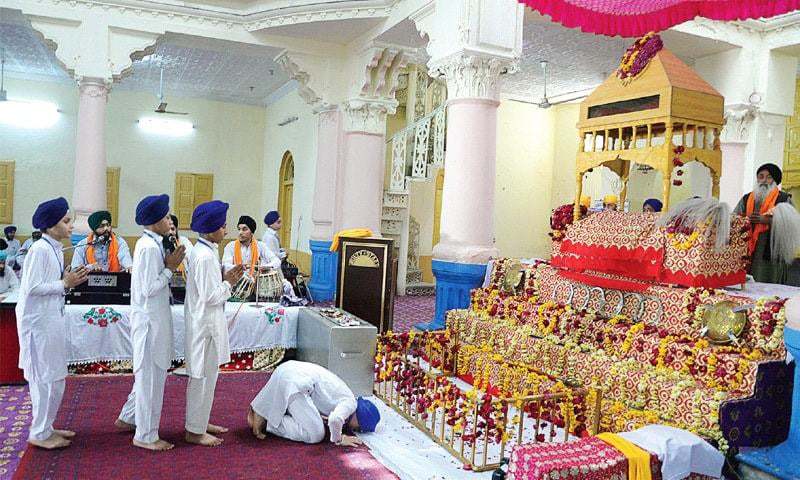 The temple was reopened during a ceremony wherein Evacuee Trust Property Board Chairman Siddique-ul-Farooq was chief guest. The ceremony was also addressed by Adviser to Chief Minister on Minorities Sardar Suran Singh and leaders of Sikh community Sahib Singh and Bishan Singh.

The representatives of Sikh community, local elders and civil society members were also present on the occasion.

Mr Farooq pledged to provide Rs1million for look after of the temple while Sardar Suran Singh announced Rs 3 million for the purpose.

“Our religion Islam guarantees protection of worship places of different religions,” said Mr Farooq. He added that reopening of the temple proved that Muslims always believed in interfaith harmony and peaceful coexistence.

He approved crematorium for Sikh community in Hassanabdal and construction of 1,000 rooms in the living quarters in four cities across the country.

He said that reopening of the temple would not cause hurdle in movement of the people in the area and both Muslim and Sikhs would live peacefully. “We have assured the local residents in an agreement that they will have no problems with reopening of the worship place,” Suran Singh told Dawn.

Although there is no authentic information about the history of the construction of the building and the date of its closure, yet Sikh elders said that it had been closed about 70 years ago when Sikh and Muslim communities developed some serious differences before partition.

According to an official source the temple was closed down before creation of Pakistan due a dispute between Sikhs and Muslims. A member of each community was killed in the dispute, he said.

A joint jirga of Muslims and Sikhs led by the deputy commissioner managed to resolve the dispute and paved way for reopening of the temple after necessary renovation.

Some representatives of Sikh community including Manjeet Singh, Reshpal Singh and Darshan Singh expressed pleasure over reopening of the temple and described it a good omen for the community. -DN