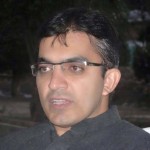 Since the launch of operation zarb-e-azab, the residents of North Waziristan were desperately waiting for a date of their return to North Waziristan. They left their homes with a hope that the displacement would no be more than a few months.

Being one of them I was also living in the same state of mind. After being in that situation for about two and a half years finally the wait came to an end, and the date of registration for the return of our village was announced. We filled the entry forms and submitted it to the concerned officials. After a few days, we received the slip token of our entry forms and the received token was supposed to be used in all the stages of the return process. The next stage was the announcement of the date of return, which was announced shortly after the distribution of tokens. We were instructed to be present in the IDP’s return camp at Baka Khel Bannu by 6 am in the morning. As per the instructions issued and to avoid any nuisance we left from Peshawar at 3 am late night. We reached the return camp by 6 am and after entering the camp we were instructed to get off from vehicles and move toward the 1st entry point where the return tokens were checked. That point was about 350 to 400 meters away from the dropping point. We walked towards the 1st access point, and the vehicles were sent to the parking area where each and every stuff present in the vehicle was thoroughly checked by army officials.

At the 1st point, the Levi’s officials checked the return tokens. It was a very disturbing scene as both the males and females were passed through the same terminal. In the next step the army officials were checking and signing the return token, and here again, both the males and females were standing in two parallel lines with no separate arrangement. After getting our tokens signed and checked we entered into the computer section of the return camp where pictures of male members and thumb impressions of both male and female members were taken individually. After that step, the female members were sent to the female waiting area, and the male members carried out the rest of the process.

The registered IDP’s went to the ATM section while the unregistered one’s like me went straight away to the Watan card section where I waited for about 20 minutes and then received the watan cards of my family. The “Watan Card” is a photo ID which is now a compulsion for the residents of North Waziristan and is used as an alternative of the CNIC which is no more acceptable in North Waziristan. One can say that “Watan Card” is like a visa for the residents of North Waziristan. The logo of Khyber Pass with NWA written under that shows the stupidity of the designer of the card as they have no relation to each other.

Within a couple of hours of our 1st entry we were done with the whole process and by 12 pm the entry of all the families returning that day was completed. From that onwards we were without any reason kept waiting till 3 am when we were once again called to line up in a queue for the final exit. Once again both the male and females were standing in the same line passing through the same terminal and getting their many times checked tokens to be checked once again. It felt like their sole objective was to ridicule us in every possible way.

We marched toward our vehicles and prayed our Asar prayers near that in the parking area. After the Asar prayers, we were called again, and an Army officer started instructing us about the terms of references of which we have to spend our post Zarb-e-Azab life in Waziristan. The army officer was giving the instructions with the arrogance of a victorious conqueror. “Nobody will be allowed to get out of their homes after 8 pm, and those who wants to travel into or out of Waziristan will have to make his entry with Army officials a day before their travel,” the army officer said with an imperious tone.

After his instructions were over, we got delayed for a while because a young man was prevented from travelling just because he was carrying a laptop in his luggage. After a very lengthy consultation, he was allowed to go with us. we went back to our vehicles and left the return camp for Miranshah. After a short break on all the check posts, we reached Miranshah but as per the instructions we have to make another entry with the army officials here. We waited in another queue for about half an hour, and then on my turn, I entered my family data and got another token but this time they kept my CNIC. When I asked about my CNIC, they said that we would come to your village and take a picture along with your family members in front of your home. While taking this picture, you will be holding a slate in your hands with the details of your family written on that. It was just like the police take a picture of an accused before taking him to court from police station. I said I would be leaving very soon as I have some crucial cases fixed for hearing next week, they replied that they would come within a couple of days. I left my card with them, and we moved towards our village Derpakhel via Miranshah village by pass road. In our route, we came across the unusable scrap of Miranshah bazar dumbed all the way on both sides of the road.

By 7:30 pm we reached home, and the scenes we came across is another nauseating story. I waited for a couple of days, but no one came to return my ID card. As per instructions, I did the entry of my family at Shna Khura check post. On the next day, I left my village Derpakhel and went back towards Shna Khura check post to get a token for travelling ahead. Right from Shna Khura check post till Bannu we were stopped at about nine check posts where our Watan cards and entry was checked and were then allowed to go ahead. The check posts included Shna Khura, Derpakhel Eidgah, Miranshah kaley, Chashma, Esha, Eidak, Khadi, Kjhuri and Saidgi. The last one was Saidgi check post where a check out was compulsory for all those travelling out of Waziristan. This individual checks out of all the vehicles and the passengers travelling created a lot of nuisance. It was about half a kilometre queue of vehicles waiting for their turns to checkout. Passing through this post was a sign of relief and the trauma we have been passing through since entering the IDP’s return camp came to an end.

After passing through the whole process of security checks in the return process and keeping in view many facts, which I have seen on the ground, I found this process a futile exercise. These cosmetic security measures are just to found a reasonable justification for funds they have been allocated. Besides creating an extreme exasperation among the people living there, we can hardly predict any real objective achieved from this project. The militants against whom this process was conducted were found standing with us in the queues for Watan cards. Later on, I came to know that they surrendered to military officials and have now been dry-cleaned. Some other big names of militants are also yet to be touched. The residents of Waziristan has lost their businesses jobs and houses in Zarb-e-Azab operation and are yet to receive any relief. The above situation concludes that the people of Waziristan are the only affectees of operation Zarb-e-Azab.

The writer is a North Waziristan-based lawyer and political worker. He is the leader of National Youth Organisation.