Remembering a Waziristan where men and women once danced together

PESHAWAR: Men sporting earthy shalwar kameez and pakol caps are accompanied by women in colourful dresses laden with mirrors; they gather on the open floor, making a loose square, then fall into rhythm as they sync their steps to dance the Bragai, or what is known as the combined Attan.

The dance is incomplete without the dhol: a double-headed wooden barrel made with animal hide expanded over its open ends. The drum’s pitch is controlled by the ropes and nuts fixed around both ends. The dhol-player holds a stick in both hands, which he bangs on the ends with incredible power. A drum-beat resounds in the open air, its delirious pitch responding to the crowd’s calls of “Der kha!” [Perfect sound!] and “Tez sha paki!” [Hit it harder!].

The men and women move to the right, turn, then clap together, their hands in the air. The women sway more gently than the men, but all begin moving faster as the beat picks up. The dhol beats faster and ends with a dramatic pause, followed by applause. 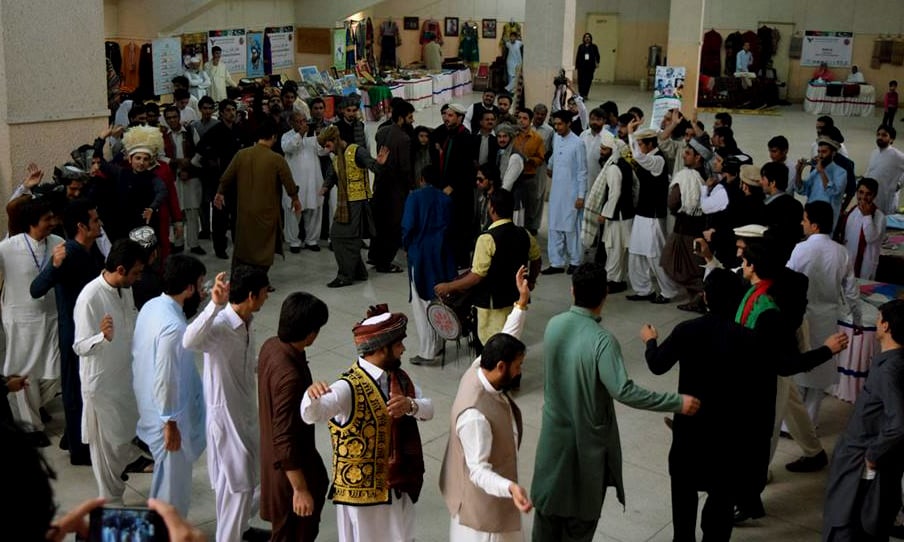 Attan dances were held regularly in Waziristan until some three decades ago. — Photo by the author

These dances were held regularly in Waziristan some three decades ago. Since then, the region has turned into the hometown of former Taliban emirs Hakimullah Mehsud and Baitullah Mehsud, and the familiar beat of the Attan dhol is hardly heard in public.

Where does Attan come from?

“It was considered an honour to participate in such a gathering,” says Saima Wazir*, a 60-year-old woman, remembering the Bragai Attans of her youth.“The Attan in public still exists,” Saima says, “But only the men can participate.”

The Attan originates from eastern Afghanistan, from where it travelled to western Pakistan and the tribal regions. Some believe it has spiritual roots connecting it to Zoroastrianism, a religion which traces back to 2000BC. Others link the dance to the British occupation and the Pashtun resistance movement, when Pashtuns used the dance to instil confidence and energy among warriors going out to battle the colonisers. A typidal Attan dance during wars and celebrations consisted of 50 too 100 people.

During these times and earlier in Afghanistan, men and women dancing the Attan together was a common sight—once, it was even considered Kabul’s national dance. Since the Soviet defeat, however, the cultural activity has almost vanished and is now confined to private family gatherings. 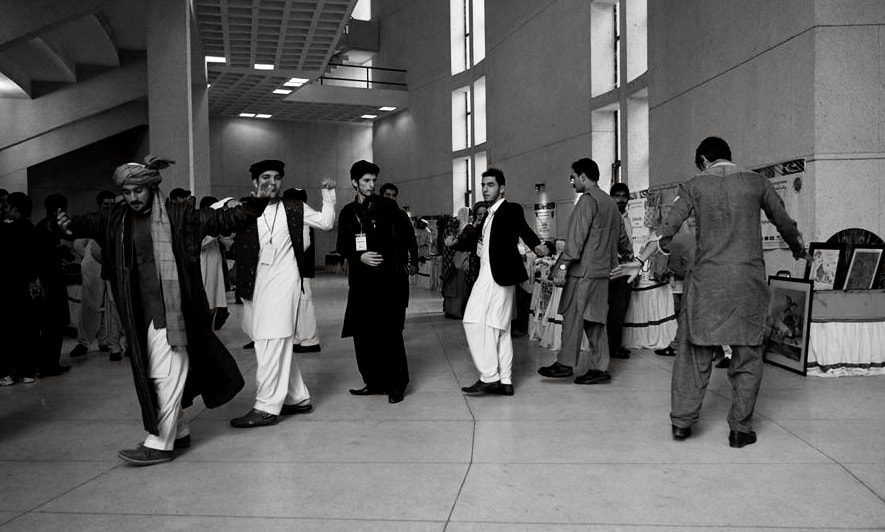 Some believe the dance has spiritual roots, while others link it to the Pashtun resistance movement. —Photo by the author

A space for women

As the region and its people have changed over the years, so has the way they dance with each other. Saima Wazir explains how the Bragai Attan’s square formation flattened into a circle as the women stopped dancing.

But back when mixed dancing was the norm, there were no restrictions on women to participate. “We were among hundreds of men but no one dared to disrespect any female,” Saima says. Some of the participants would smoke cigarette during the dance, and the women had no prescribed dress-codes such as the shuttlecock burqa.

“The women used to perform Attan with bare heads, or simply a Chaddar draped on the shoulders,” Saima remembers.

Saima explains that the culture of Bragai Attan declined abruptly as modern instruments and dances became more popular. While the dance is still practised in the region, it is now confined to home gatherings. “Women gather now to perform it during weddings, or other celebrations.”

Saima says that even though the the Bragai Attan was a family affair; strangers were allowed to join in the dance. “Strangers weren’t considered bad back then,” she says.

Ayaz Wazir, who leads the progressive Awami National Party in Waziristan, says the Bragai Attan was once a sign of trust and unity within the tribe. Wazir is addressing the Gomal Debate Forum, a forum working to preserve decades-old cultural activities in the tribal regions. The forum organises different talks and inviting experts to discuss a range of issues.

At the event related to Bragai Attan, participants are of the opinion that the Attan culture has declined with women being confined in their homes. They blame terrorism, which has hit Pakistan’s tribal belt for the last few decades and has resulted in social transformations. At one such debate, for example, participants asked Pakistan’s Islamic Council of Ideology to ban use of burqa, which they claimed was never part of the tribal region’s culture, and has originated from tribal inmates.

“In today’s patriarchal society, women have been restricted to their homes,” says Wazir while addressing the forum at the Peshawar Press Club. “That simply didn’t happen in the past.” 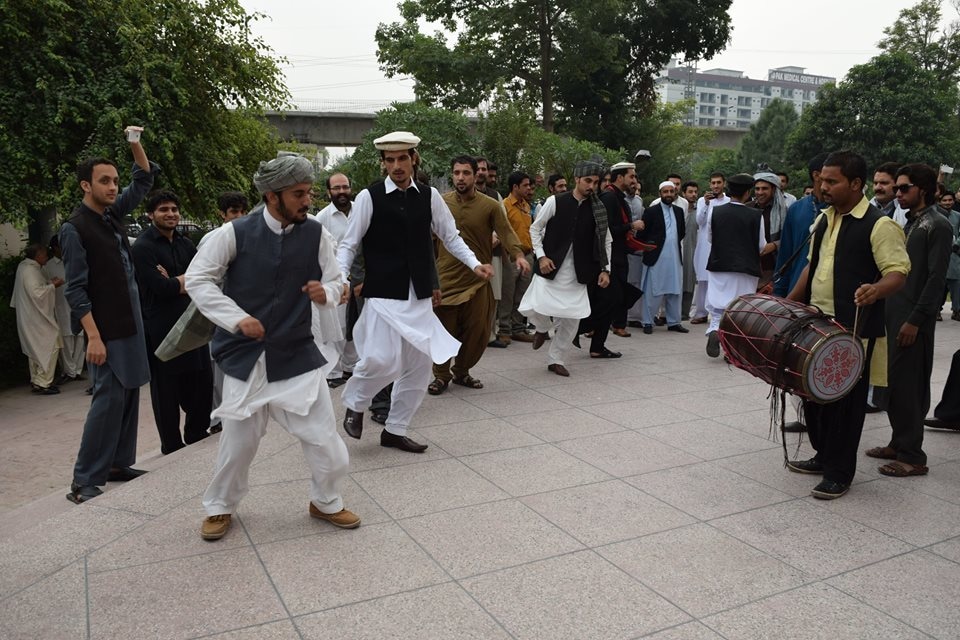 Even today, the dance is incomplete without the dhol — Photo by the author

Nasirullah Khan, another panellist who spoke at the debate on the draconian Frontier Crimes Regulation (FCR) in the Federally Administered Tribal Areas (Fata), holds the FCR responsible for the region’s vanishing tribal traditions.

“The FCR doesn’t guarantee women’s rights in the tribal belt, nor do the strict laws in it allow locals to raise voice against the violations.”

Participants at the debate demand the government to establish a culture centre in the Fata secretariat for the preservation of tribal traditions and cultural norms.

A videos of a traditional Attan dance