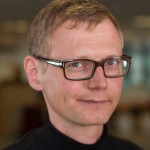 2016. Trump is rising. Right-wing parties loom across Europe. Free expression is under threat. So why is a tree-hugging, lefty, feminist media-lawyer-type like me concerned about the left‘s problem with Free Speech?

Should a cisgendered, white, straight, male even be writing about this?

Join me, friends, as I take you through what I think Political Correctness gets wrong, how it threatens the gains in the rights of women, gay people and minorities, and what we can do to make it right.

Political Correctness: what does it even mean

In olden days “Political Correctness” was an in-joke on the left about people who put dogma and the party line over anything else.

Communists who cheered the Soviets crushing Hungarian revolt in 1956, or who claimed that dissidents in the USSR or Maoist China were “mentally ill”, were said to be “Politically Correct”.

That way, “Political Correctness” could come from the left or the right, from authoritarians and liberals, and from the religious and the secular. Any time an argument is more about politically “right” in the circumstances, as opposed to whatever the facts or the evidence says, would be “PC”.

The words, however, are now used almost solely for Progressive “Political Correctness”, generally as a positive totem on the Left, and a stick to bash the Left with by the Right.

The OED defines Political Correctness as:

The avoidance, often considered as taken to extremes, of forms of expression or action that are perceived to exclude, marginalize, or insult groups of people who are socially disadvantaged or discriminated against.

Who could argue with that? Well, plenty of people, actually, and that’s the first problem. The benefits to society, learning and business from diversity are well documented… But that doesn’t mean no-one gets to question how diversity is implemented, or what is and is not insulting, marginalising, or discriminatory.

Political Correctness is often treated as a way of shutting down debate, of pretending arguments are already won, or that there is something wrong with people who disagree. That doesn’t help persuade anyone who doesn’t share the same politics as you –  and if it alienates people who might otherwise sympathise, it’s even more of a problem.

PC is Politics, Not Truth (and not Law)

There is no law enforcing political correctness. Not being politically correct is not hate speech. It’s not an incitement to violence.

Saying words that a listener finds uncomfortable or unpleasant can be very politically incorrect  - but these words may be factually true, or a reasonable opinion, or even the starting point of a discussion. Words may indeed be hate speech or incitement to violence: but political correctness is not a factor in whether or not they are criminal.

Declaring that simply hearing certain words or having to walk past a statue is actual violence, is absurd. What’s to stop everyone else seeking to ban things they don’t like? Pretending that we can restrict the right to take offence to oppressed minorities only, is politically delusional. Declaring that certain people don’t get to speak about a topic – white men, for example  –  isn’t going to make anyone listen to you.

If you want to persuade someone that you are right and they are wrong, you have to actually engage with them. Declaring them “racist” or “islamophobic” or worse may make you feel better, but it doesn’t defeat an argument, and it won’t help change their mind.

PC is not “just being nice”

A fallback for Political Correctness supporters is to claim that:

But Politically Correct people are quite capable of being jerks too.

Being nice is not using words that might be hurtful. It’s letting people speak, especially those who may not usually be heard.

Being nice is not declaring that certain words or actions must not be used. It is not telling people that they should shut up. It is not assuming the worst about people’s background or motives.

Being nice is never sending anyone abuse for any reason, even if they disagree with you, and even if you think they are very wrong, or very stupid.

Check your privilege? What could be more privileged than being able to run away from or shout down things you don’t want to hear?

Of course white people in the West can never understand what it’s like to be from an ethnic minority; or straight men what it’s like to be a woman, or gay, or trans… But that doesn’t mean anyone can be dismissed out of hand. Equality laws exist to promote equality, not to enforce political correctness.

Warning people about material they might not want to see is good… But seeking to prevent anyone else from hearing information we find unpleasant can only make us all more stupid. Censorship is still an issue if it comes from “the ground up”, or is limited to a single location, or if it’s for “our own good”.

Political Correctness is about encouraging minority voices – but only if what they have to say is politically correct.

Are you an ex-Muslim who wants to talk about leaving her religion? (traitor!) Or atrans person who doesn’t live full time as a person of their trans gender? (faker!) Or a50-year veteran of gay activism who prefers free speech over “no platform”? (racist!) Or a drag queen veteran of gay pride marches? (you make people uncomfortable!) Or a gay man seeking a voice in LGBT issues? (not oppressed enough!) Or a trans woman, LGBTQ activist who’s Jewish but not sufficiently anti-Zionist?

Then Political Correctness can declare your minority voice verboten.

You know PC has “jumped the shark” when it’s considered more offensive to criticise FGM than it is to sexually mutilate young girls, as author Sarah Peace recently found out:

The rationale I am told, is that even as a Nigerian born woman, I cannot speak for other less privileged Nigerian women, how much less, a white woman on behalf of ethnic minorities.

Letting minority voices speak, but only if they say what you want them to say, doesn’t help diversity, and doesn’t help “the cause”.

The single most exasperating “Political Correctness” argument for me, is that “free speech” is some sort of sinister Western neo-colonial plot.

You know who else argues that? Islamist theocrats who want to forbid anyone from criticizing their religion. If you get to ban speech you don’t like, why shouldn’t everyone else be able to ban speech they don’t like?

Free Expression is the basis of all the advances that have been made in rights for women, gay people and minorities. Without the ability for dissenting voices to be heard, there would be no progress for Progressives to progress.

Shouting down arguments you don’t like, or declaring that you won’t even speak to people you don’t agree with, is not being nice. It is not respecting minority voices.

If people are genuinely harassing others, or calling for violence, or using hate speech, then of course we should speak out against them… But as Ralph Waldo Emerson said:

Let me never fall into the vulgar mistake of dreaming that I am persecuted whenever I am contradicted.

So what do you think? Where am I right, and where am I wrong? Let me know in the comments!