Posted by: The Pashtun Times in Latest News, Pakistan January 7, 2016 0

A notification issued by the body advises all television channels to remain cautious while airing talk shows and analysis on the issue lest they harm Pakistan’s diplomatic relations with friendly countries.

“We have noted regretfully that some talk show anchors and hosts have repeatedly used language and expressed views that not only hurt sentiments of people belonging to different sects but can also undermine the government of Pakistan’s efforts to defuse sectarian tensions as a part of the National Action Plan (NAP). Media houses should ideally refrain from airing programs that can result in irreparable damage,” read the notification. 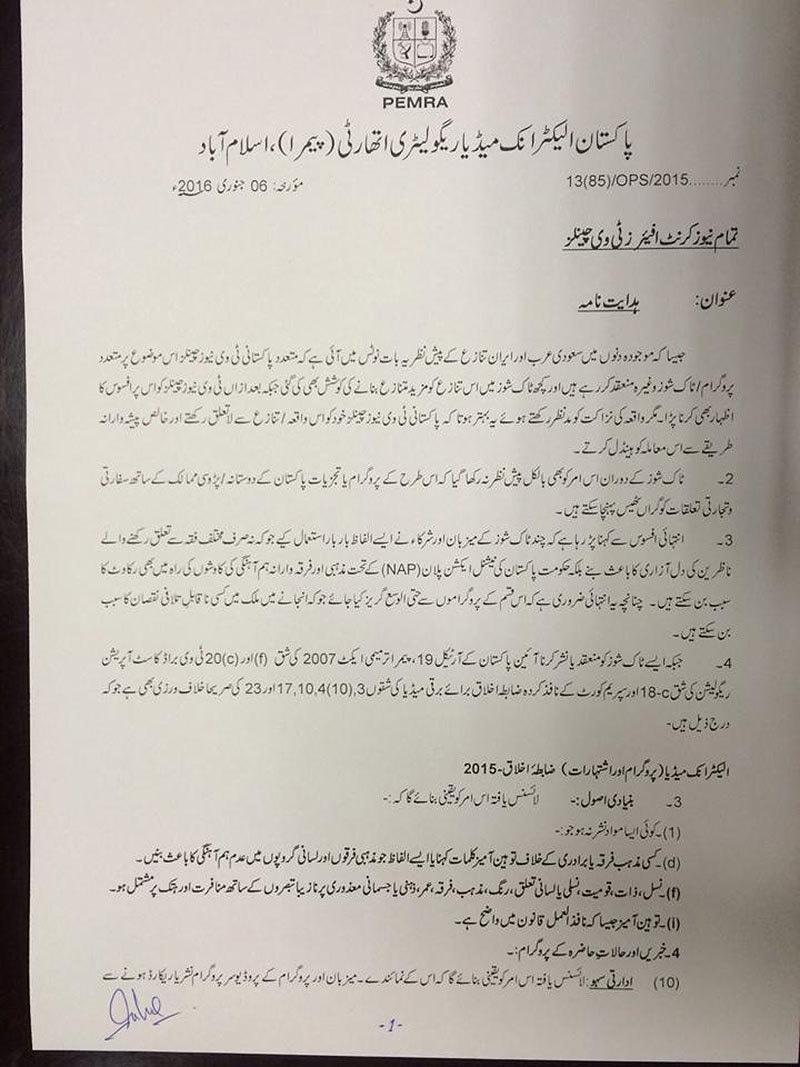 A copy of the Pemra notification 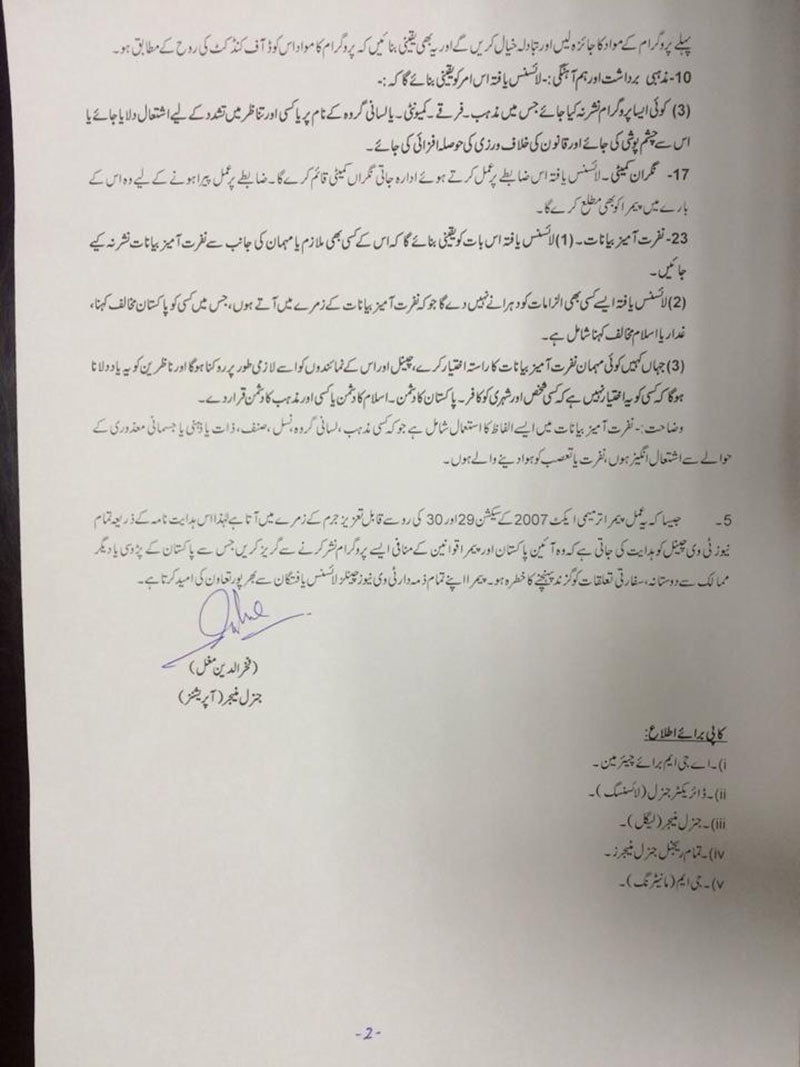 A copy of the Pemra notification

Earlier, Pemra had issued a show-cause notice to a private TV channel over airing an “unprofessional” and “irresponsible” program on the issue that hurt the sentiments of a sectarian group.

A few TV programs were also muted to censor information by some media groups.

Saudi Arabia on Saturday executed 47 people convicted for “terrorism.” Four of those executed were Shias, including prominent cleric Nimr al-Nimr, whose execution has heightened tensions with Iran.

Iran’s hardline Revolutionary Guards had promised “harsh revenge” against the Saudi royal dynasty for Saturday’s execution of Nimr who is considered a terrorist by Riyadh but hailed in Iran as a champion of the rights of Saudi Arabia’s Shia minority.

The Guards compared Saudi Arabia’s execution of Nimr to attacks carried out by the militant Islamic State group and said that Saudi Arabia’s “medieval act of savagery” in putting Sheikh Nimr al-Nimr to death will lead to the “downfall” of the monarchy.

Saudi Arabia and a number of its allies have since cut diplomatic relations with Iran. -Dawn