Pashtuns and Modernity: The Conversion of Pashtun People to Islam 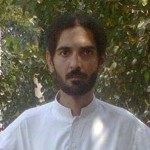 At the end of the 4th century A.D, the raids of Ephthalites posed a formidable threat to the Eastern province of Sassanian Iran. Although at first Ephthalites were not much successful against the Sassanid rulers Bahram Gur and Yazdegerd II, yet towards the end of 5th century, by the year A.D. 483, they gained much ground in Afghanistan, made successful attacks as far as Herat, and finally throwing chaos to the Sassanid empire by killing the Iranian emperor Peroz I and wiping his army out in the battle of Herat in A.D 484. Four years later Kavadh was installed on the Sassanian throne, but his adoption of the blasphemous Zoroastrian sect of Mazdakism caused his brief dethronement in A.D. 496.

Two years later, however, he was back on the throne. Beginning with the restoration of Kavadh on the throne of Sassanian Empire in A.D. 498, this whole period, until A.D. 628, is called the Second Golden Era of the Sassanid Empire. The most celebrated of all rulers in this second Sassanian golden period, Khusrau  Anushirvan (Pashto: Noshervan), cherished in the memories, myths, and folklore of all Iranian people – including the Pashtuns – as the most just and generous man that they could ever have for a ruler, assumed power in A.D. 531 and completed the recovery of Pashtun territory by A.D. 568.

In 628 A.D, Khusrau II was murdered by his own son. It was a horrible murder, one which shook the Sassanian Empire to its foundations, and brought an immediate end to the second most glorious chapter in its history. Since it was the murder of world’s greatest emperor of the time, so far as his imperial conquests are concerned, the emperor who for the Byzantines had turned a haunting face of Xerxes for Greeks, an uncontainable strife, chaos, and violence immediately spread all over the empire. In the fateful aftermaths of this murder, all foreign possessions of the empire – the most volatile element of every imperial power – began to appear uncontrollable for the Iranian troops. Soon, following this murder, in the matter of only fourteen years, a dozen nuts of princes in a scramble for power began to tumble one after another on the Iranian throne – mostly with the help of murdering each other. When an empire attains to such a sorry state of affairs, soon it naturally begins falling apart. Thus the Iranian empire began to shrink. In A.D 642, the Sassanian Empire was swept up by Arab troops at Nihawand.

In the Pashtun territory – Eastern Province of Iran as far as Hapta Hindu (River Indus) – where the celebrated Anushirvan had crushed the Ephthalites, petty kingdoms of the Kushan and Ephthalite vassals and chiefs shot up again from the crumbles of Sassanian Empire. These chiefs of Kushano-Ephthalite remnants had initially reverted to the cult of Budhism. But then, in A.D 644, two years after the end of Sassanid Empire, the Chinese traveler Hiuen-Tsang visits Gandahara (Peshawar valley), Swat, and Kapisa (Kabul river valley), and notes that the rulers as well as people are reverting to the cult of Brahmanism, while Budhism is losing ground. Central Asian nomadic tribes, formidable as they were on the battlefield, had also a great weakness for reverting to cults in the ancient times, and, unfortunately, they are also as much prone to them at present. Thus after the death of the greatest of all Kushan rulers, Kanishka, who had reverted to the cult of Buddhism, the succeeding two emperors were semi-Buddhists, in the sense that there was now added to their belief system much of the cult of Hinduism as well. When we reach the third Kushan ruler in this line, we meet King Vasudeva, who had finally fully yielded to the new cult of Brahmanism.

That some Pashtun tribes had reverted to the cult of Buddhism is certain, yet other than the report of Hiuen-Tsang no document or coin has come down insofar as to tell us whether some Pashtun tribes, too, had reverted to the cult of Brahmanism. Yet it seems, given the report of the Chinese traveler, that some tribes could have most probably come under the influence of newly introduced cult of Brahmanism.

Zoroastrian belief, however, still survived in the Pashtun belt. It is interesting to add that during the reign of Kanishka the Great (128 -150 A.D.), Kushans had perhaps one of the most liberal religious policies ever known to the history of empires. During the reign of Kanishka, there were two fundamental faiths in the Pashtun territory – Zoroastrianism and Budhism, while in the regions such as Nuristan, Chitral and beyond in Hunza, there were religions, which by historians are called, after all things considered, Paganism.

Meanwhile all the attempts that Arab forces made on the possession of Pashtun territory, until the end of their rule in Iran, desperately failed one after another.  Their troops were sometimes able to break deep into Zabulistan, Kabul river Valley and as far as Indus valley, and once even Bannu, but these were just ephemeral raids, which failed them in taking the possession of territory, let alone its rule. The Kabul-Ghazni area, the stronghold of the Khalji tribal confederation, referred to in Arab chronicles as the power-hub of Haythal, continued to be non-Muslim until the end of 9th century A.D, while Gandahara had not embraced Islam even as late as eleventh century. Moreover, in Afghanistan the Arab rulers persistently faced some religious resistance from Zoroastrian believers. The destruction of fire temples and the persecution of many eminent people from Khurasan at the hands of Arabs on the charges of blasphemy are well documented. There is strong evidence that Daqiqi of Balkh, the beginner of Shah Nameh which after his death Firdausi would complete, could also have been persecuted by Arabs on the charges of blasphemy. At any rate, Pashtuns are not among the first but certainly among the last of all Iranian people to embrace Islam.

Towards the end of the 8th Century A.D, an indigenous Iranian insurgency, Muslim by faith, but which was national and popular in character, rose against Arabs in Zaranj, in modern day Nimroz province of Afghanistan, and spread far to the east of Sistan, initially to Gardez in Zurmat valley, and later perhaps to Tochi river valley, too. In A.D 861, Yaqub bin Laith, a local Persian coppersmith-turned-warlord from Zaranj, laid the foundation of Saffarid dynasty by declaring himself an independent Amir of Sistan with its capital Zaranj. In course of a few more years the Saffarids terminated the foreign rule of Arabs in Khurasan, conquering first Ar-Rukhaj (Kandahar) and then Kabul in A.D 870. The Tarikh-i-Sistan (written by an anonymous ‘Gardezi’ in Persian in the time of Saffarid rule) mentions that it was during this time that Yaqub founded the new city of Ghazni. It was also here in Ghazni that Yaqub would considerably recruit in his army from among the local Khaljis, by now fully Islamized, and convert them into soldiers of fortune.

After the death of Yaqub, his brother Amr bin Laith succeeded him, but he was defeated by yet another Iranians, Samanids, in Balkh in A.D. 900. The only non-Muslim Pashtuns now remained in Ningrahar and Gandahara, which would continue to remain so, until defeated by the soldiers of fortune, the Khalji tribesmen, with the rise of Mahmud of Ghazni, but which I will discuss in the next article.

The writer is a student of Pakistan Studies at Quaid-i-Azam University. He can be reached at