Pashtunland inside Pakistan is occupied by Punjabi Army since 1947, Riaz Afghan Pir tells THE PASHTUN TIMES in an exclusive interview

There was time when Punjabi army was dreaming to occupy Kabul, but today they are worried about their survival in general: Riaz Afghan Pir 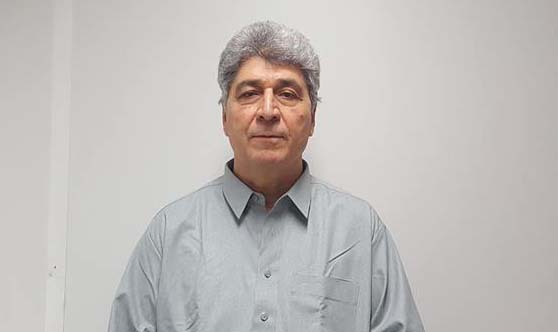 Pashtunistan Freedom Movement was formed and organized by Pashtun activists in Brussels in the capital of Belgium in October 2016.

Riaz Pir said, “Our organization is a political organization and we are working to organize Pashtuns and raise their political awareness against Punjabi Pakistani occupation and subjugation.”

He added that Pashtunistan Freedom Movement is against terrorism, and all means of extremism under influence of indoctrination. None of the other nations have suffered that much as Pashtuns suffered from the hands of Pakistani state sponsor terrorism.

Here, Claudia Wädlich, correspondent with THE PASHTUN TIMES has conducted a detail interview with Riaz Afghan Pir about Pashtuns and Pashtunistan.

Claudia Wädlich: How do you access the current situation?

Riaz Afghan Pir: Thanks to modern Communication technology, internet, messengers and unlimited phone calls facilities are giving us huge opportunity and possibilities to get access to current situation in Pashtun region. Thanks for computer and all other means of modern communication, nothing remains hidden, everything is accessible and in the reach of our organization. Modern technology has converted the world into a small village. Earlier, in the times of other Punjabi military regimes or in the past when technology was not developed, when media was limited to radio, newspaper and later on to TV, we were living in the information blockade. At that time media was 100 % working for Punjabi interests, they were spreading whatever they wanted, but thanks to modern technology, it has smashed and destroyed their world of fake Ideas.

Claudia Wädlich: What is the present situation in Pashtun region and can you give us some examples to prove the occupation of Punjab regime?

Riaz Afghan Pir: Today it is not secret and everybody knows that Pashtun region is under the occupation of Punjab regiment and Punjabi establishment. Today there is not a single town and city where Punjab regime has not built their basis and military Cantonments.

Pashtuns have never seen in the past that level of arm cantonments and arm forces in that region. After the failed in-depth strategy in Afghanistan, Punjabi army and Punjabi establishment has declared another offensive strategy, a western front military doctrine for this region. And the day declared that doctrine, the occupation of Swat begins by terrorists, target killing of nationalists and patriots reached for its highest levels. All this was organized under the Umbrella of ISI and Punjabi army and they were orchestrating to create justification for military operations in this region and in the next stage its occupation.

The bloodshed in Swat and brutal killings of nationalist elements in that valley was the work of those terrorist organizations which were trained and prepared by ISI in religious institutions and medressas. They were working under their command and under their instruction to create an atmosphere of terror and hopelessness, to press and frustrate the people to that extent when they will be left with no other option but to ask and request for military operation and so on and so forth.

They got succeeded to get on board ANP. In this period of time more than 10000, nationalists and patriots were killed under the strategy of target killing.

Today the whole Pashtun region is under siege of Punjab regime.

Claudia Wädlich: What wishes do you have as a Pashtun leader for the future of the Pashtun regions?

As a nation, we are occupied and all our freedom and independence is controlled by foreign forces.

From one side they are exploiting our resources and riches and from the other side they are injecting fake history, fake religious Ideology in the mind of our people and that way they are carrying out their plans of brain washing and ideological indoctrination. They are carrying out religious propaganda to achieve their political goals and political targets. I think this is the worst crime on earth when a state or other institutions are exploiting faith and religious feelings of people to spread ignorance and unawareness among the people.

All they are doing to achieve their criminal and inhuman political goals and targets. So we are struggling against this agenda of Punjab, we are working to politicise our people, give them awareness against Punjabi plot and this Punjabi conspiracy. We are working to raise awareness among our Pashtuns and show them the real face of the so called “Muslim Brothers” Punjabis.

Once we give them Ideological defeat and expose the real face of Punjabi army and Punjabi establishment then a lot can change.

Awareness is growing and we hope that sooner or later their fake ideologies will be exposed and they will be defeated and kicked out from our land.

There was time when Punjabi army was dreaming to occupy Kabul, but today they are worried about their survival in general.

We think it is our time, it is now our era, the era of genuine nations and genuine Ideologies and once we give them Ideological defeat that will be our time to defeat them on all fronts.

Claudia Wädlich: How do you see your role in the future and the entire region at all?

Riaz Afghan Pir: It is not difficult to see our role in future. Our nation, Pashtun has Afghan roots and Afghan origin.

Afghanistan is a national and historical state of the region.

Neither Afghans need fake Ideologies and fake national identities nor Pashtuns need it. Things would have been a lot better and we would have little difficulties if the British Colonialists would have not helped the local Punjabis to create Pakistan on the basis of religious and hateful Ideology. It was not just the appearance of a state but it was the doctrine of perversion, a doctrine of lie and a doctrine which can only change everything in and in surrounding.

And that is what this state Pakistan has done to us and to region.

We will get our freedom under the flag of Pashtun Freedom Movement.

This will be not only our era but the era of the whole region, the era of peaceful coexistence among the nations of the regions.

Claudia Wädlich: Thank you Sir, for giving us time for the interview.