It was agreed that the two countries would cooperate in developing an effective counter narrative to defeat the extremist mindset.

The Saudi prince also attended a briefing on the progress and implementation of Pakistan’s National Action Plan to eliminate extremism and terrorism from its soil.

During his meeting with Muhammad Bin Salman, the COAS said that Pakistan enjoys close and brotherly relations with Saudi Arabia and other Gulf Cooperation Council (GCC) countries and attaches great importance to their security. 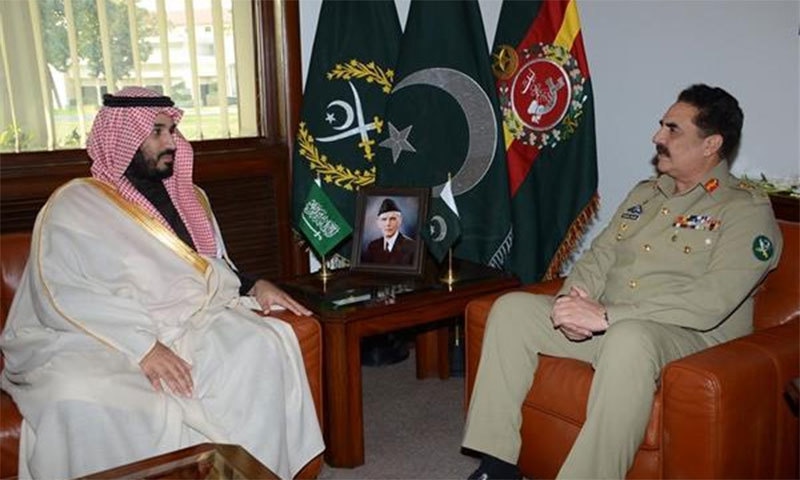 According to ISPR, Saudi Defence Minister also expressed similar thoughts and also appreciated Pakistan’s armed forces over their successes in fight against terrorism.

The crown prince reaffirmed Kingdom’s full support to Pakistan’s position on all matters. 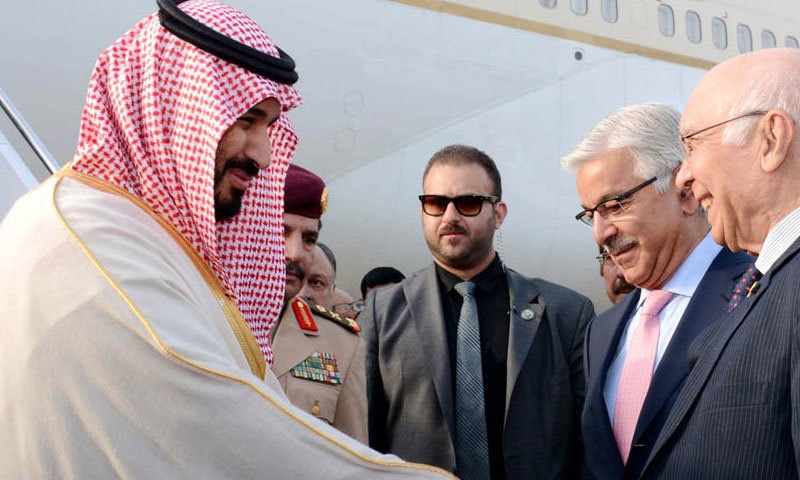 Saudi Arabia’s Deputy Crown Prince Muhammad Bin Salman, who is also the deputy prime minister and minister for defence, arrived here on Sunday for a day-long trip for seeking Pakistan’s support as the kingdom mulls additional steps against Iran.

This is the second high-profile visitor from Riyadh in three days. Foreign Minister Adel al-Jubeir visited Islamabad on Thursday for discussing Riyadh’s tensions with Tehran and the counter-terrorism coalition that Saudi Arabia had announced.

A military cooperation arrangement is expected to be concluded

Pakistan had indicated it could consider the Saudi invitation to join the 34-nation coalition (proposed by Riyadh before the Iran spat). However, no official announcement has been made so far.

Islamabad has criticised Iran for reacting to Saudi cleric Sheikh Nimr’s execution and sees it as interference in internal matters of the kingdom.

FM Jubeir on Saturday, after an extraordinary meeting of the foreign ministers of the Gulf Cooperation Council, said that Saudi Arabia could take further steps against Iran if tensions were to escalate.

A source said that the Saudi defence minister is expected to conclude a military cooperation arrangement during the trip, which the two sides have been negotiating recently.

Saudi Assistant Defence Minister for Military Affairs Muhammad Bin Abdullah al-Ayish earlier visited GHQ and his trip was followed by discussions at other levels. Details of the cooperation agreement are being kept under wraps.