Posted by: The Pashtun Times in Afghanistan, Latest News April 3, 2018 0 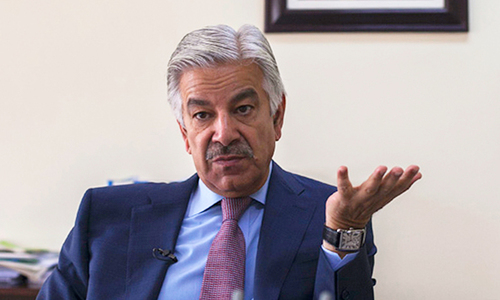 The Foreign Minister of Pakistan Khwajah Asif speculates the start of a new cold war between Russia and Moscow as he insists that his country would remain neutral in such an event.

Asif made the remarks during a television program hosted by Pakistan’s Geo News recently.

“The US has not threatened or put sanctions on any other country as it has on Pakistan in the last 40 to 50 years. We have never been treated as an ally.”

“We are fighting the war against terrorism and will no longer pick sides in any conflict,” he said, adding that in case of another cold war, Pakistan will remain impartial.

According to the Geo News report, the foreign minister speculated that there is a possibility of another cold war between Russia and US, given the current tensions between the two countries.

This comes as Washington has increased pressures on Pakistan after the announcement of the new strategy for South Asia.

The US officials are saying that Pakistan must do more against the terror groups having sanctuaries in its soil.

Both the Afghan and US officials are criticizing the country for remaining reckless to act against the Taliban as well as the notorious Haqqani terrorist network.

The officials are saying that the sanctuaries of the two groups have largely remained intact despite the country launched major operations against the terror groups during the recent years. -KP