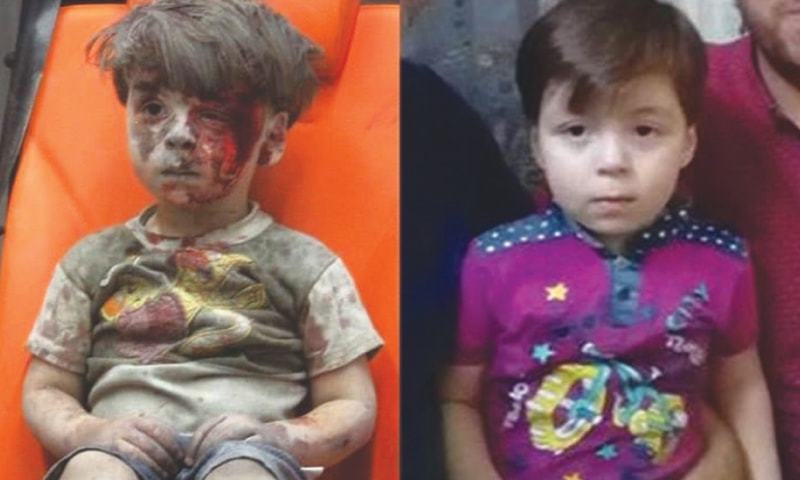 ENEVA: Russia fought back on Wednesday against what it called “fake news” surrounding the battle for Aleppo, hosting a UN event with a video appearance by the boy whose blood-streaked face became a symbol of the conflict.

The August 2016 footage of the young Omran Daqneesh, shell-shocked and covered in dust while sitting in an ambulance after an air strike, made headlines around the world. The United States described him as “the real face” of the Syrian civil war.

He looked dramatically different on Wednesday when he was featured in a Human Rights Council side event hosted by the Russian Mission to the United Nations in Geneva.

Russian ambassador Alexey Borodavkin said Wednesday’s event was designed “to tell the truth about the events which took place before and after Aleppo was safe from terrorists”.

Moscow was heavily criticised over its backing of Syrian President Bashar al-Assad’s forces in the brutal fight for eastern Aleppo, which had been a rebel stronghold.

The pudgy-cheeked Omran sat on the lap of his father Mohamad Daqneesh, who had been invited to speak by Russian officials. The father, seated with Russian military personnel and local politicians in a live feed from Aleppo, criticised “mass media” for capturing and distributing his son’s image without permission. “I want my son to become a symbol of peace,” he said.

Omran and his family have reportedly made a series of recent appearances on channels that support Assad.

The event on the sidelines of an ongoing Human Rights Council session included speeches from Russian military officials that sought to portray Assad’s forces as the liberators of Aleppo. -AFP