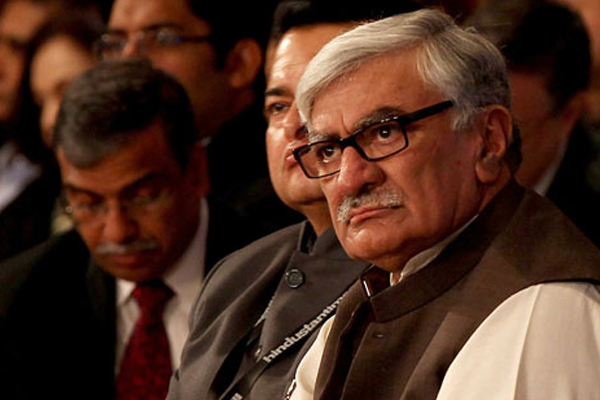 PESHAWAR: The Awami National Party Central President, Asfandyar Wali Khan has said the new US policy on Afghanistan and South Asia is very much dangerous for Afghanistan and Pakistan, calling on the Trump administration to prioritize mediation instead of fueling war in Afghanistan.

In his exclusive interview with Salim Safi in Jirga Program at Geo Television, Asfandar Wali Khan said, Pakistan is my country and Afghanistan is my motherland and safeguarding interests of these two countries is my responsibility.  He said Pakistan’s relations with three out of four neighboring countries are not going well. He emphasized on assessment for Pakistan’s foreign policy to seek the right path. He urged President Trump to go through a durable solution to the Afghan conflict, rather than fueling war through its warrior policies which would ultimately result in massive destruction for both, Afghanistan and Pakistan. Asfandyar Wali Khan called on the governments in Kabul and Islamabad to overcome the existing vacuum and keep up engagement in bilateral dialogue to seek solutions to problems and concerns. He added bilateral dialogue with meaningful mediation of China is very much necessary between Kabul and Islamabad. He added China should play its role as guarantor between Afghanistan and Pakistan.

Commenting into the severe relations between Afghanistan and Pakistan, he said, Afghan President Ashraf Ghani was comfortable and satisfied with Pakistan on the vocation of Heart of Asia Conference when he held talks with Pakistan’s civil and military leadership in Islamabad and Army General Headquarters (GHQ) at Rawalpindi. He said the reasons behind escalating the tension between the both countries are not known to him.  However, he said the main obstacle in establishing good relations between the two is trust deficit.

Asfandyar Wali Khan’s Party, Awami National Party (ANP) is struggling for merger of FATA into Khyber Pakhtunkhwa and considers it a constitutional part of Pakistan. On the other hand, the Pakhtunkhwa Milli Awami Party, a Pashtun Nationalist party, headed by Mahmood Khan Achakzai, Jamiat ulema-e-Islam (F) and some people of FATA had been opposing merger of FATA into any part of Pakistan.  Moreover, the suppressed and voiceless people of FATA have claimed that FATA was never a regular part of Pakistan as per Independence Act and demanding fate of FATA  to be decided under the umbrella of the United Nations and Afghanistan must be taken as a major party in the issue.