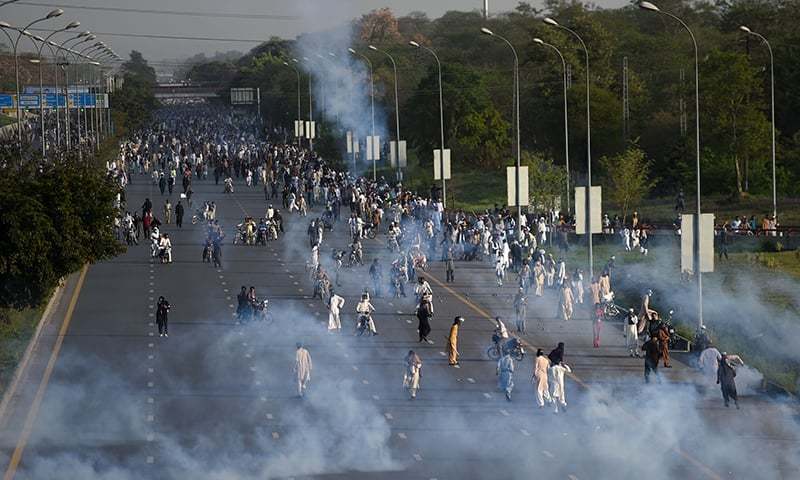 Supporters of Mumtaz Qadri retreat from smoke after tear gas shelling by authorities during an anti-government protest in Islamabad on March 27, 2016.

The government has called in the army to control the law and order situation.

Protesters removed containers and blockades on the way to the Parliament House and also set some containers to fire before staging a sit-in outside the building, where fiery anti-government speeches are being delivered.

Earlier in the day, riot police used tear gas and batons to disperse the stone-pelting crowd from the high-security zone outside the parliament building.

More than 25,000 people had gathered in Rawalpindi’s Liaquat Bagh early Sunday to participate in the Chehlum of Qadri.

The crowd then turned towards the heavily-barricaded capital city, which was patrolled by hundreds of police and paramilitary soldiers. Several major arteries leading to Islamabad were closed by authorities to block the crowd’s route. 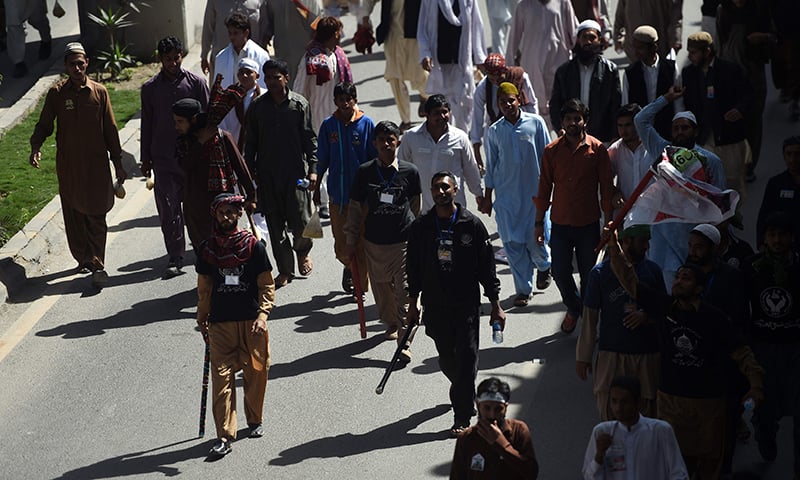 Supporters of Mumtaz Qadri shout slogans as they march during an anti-government protest in Rawalpindi on March 27, 2016. – AFP

Earlier in the day, the protest was almost entirely ignored by the media, which has increasingly become subject to government-ordered news blackouts designed to prevent unrest from spiralling out of control.

Qadri was working as a bodyguard for Punjab governor Salmaan Taseer when he shot him 29 times in 2011 over the governor’s call to reform the blasphemy law, which critics say is frequently misused to oppress religious minorities.

Blasphemy is a hugely sensitive issue in Pakistan, where even unproven allegations can stir mob violence and lynchings.