Much is in a Name: A Critical Look at Chancellor Merkel’s Refugee Experiment 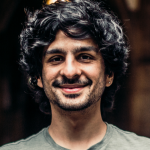 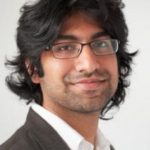 RESEARCH PAPER: Much is in a Name: A Critical Look at Chancellor Merkel’s Refugee Experiment.

By Usman Mahar and Sultan Mehmood

Abstract: This essay takes a critical perspective regarding the ongoing refugee crisis in light of the roles, responsibilities and policies of many W.I.E.R.D (Western, Industrialized, Educated, Rich, Democratic) countries. Nevertheless, we also call into attention the role played by the wider global community, particularly the complacency displayed by oil rich Gulf States. We use the immigration policies of Angela Merkel as the focal point to bring to fore not only the main issues but also the lurking fragmentation on broader issues within the EU.

As such, using Merkel’s politics and policy, the essay questions the basis of some of the divides on refugee crisis within Europe; from the framing of the crisis (refugee vs migrant crisis) to fundamental differences in European policies.

Dealing with questions of multiculturalism, assimilation, borders, inequality, suffering and military adventures, the essay presents the reader with a multidisciplinary yet critical perspective on Merkel’s refugee policies. In this vein, the essay argues for a rational albeit humane response to the recent migrant crisis that takes into account sensitivities of both the host country populace as well as the oft ignored migrants’ ‘absorptive capacity’. The essay considers arguments on both sides. For example, why the movement of refugees should be severely curtailed and why it should not. However, upon close scrutiny we find that most arguments aimed at curbing the “exodus” to be unfounded, paranoiac and lacking any economic, scientific or moral justification.

We challenge the conventional wisdom that the ‘Merkel experiment’ represents Merkel’s ‘overly liberal and ambitious’ approach. On the contrary, we show the ‘experiment’ was destined to fail not because of its ambition but precisely because lack thereof. Furthermore, drawing on the Singaporean experience and Orderly Departure Program (ODP), we provide policy advice on steps that can greatly mitigate if not resolve the crisis.

Usman Mahar is an editor with THE PASHTUN TIMES. He is a M.A(Res.) medical anthropology student at the Heidelberg University (Ruprecht-Karls-Universität Heidelberg). He studies the place healthcare within and across different socioeconomic structures and cultural settings. Of particular interest to him is the issue of ageing. His alma maters include Aitchison College, University of Toronto and Utrecht University. His other interests include; issues of identity in a globalised world, a moral-philosophical approach towards politics and human rights and issues of gender and sexuality.

His interest in the human condition is deeply shaped by his personal experiences and circumstance. Having lived under various socioeconomic conditions and amongst people from all walks of life, he has an intrinsic understanding of human suffering and the way it is experienced by different people. Living in drastically different places like Pakistan, Canada, Singapore and the Netherlands over the past decade has only strengthened his understanding of the culturally variant ideas of pleasure, pain, suffering, power, freedom and violence. He can be reached at @usmanmahar

Sultan Mehmood is a doctoral candidate in political economy in Paris, former advisor to the Dutch government on public policy and a researcher affiliated with Institute for Research on Development (IRD) and Centre for Studies of African Economies (CSAE) at Oxford University. He tweets @mrsultan713