Posted by: The Pashtun Times in Latest News, Letters to Editor, Pakistan March 7, 2018 0

BANNU: Saadullah Shah, a resident of village and post office Bizenkhel, district Bannu Khyber Pakhtunkhwa has gone missing since 2016. He was an Assistant Professor of Computer Science at Government Post Graduate College Bannu. A letter and more information has been provided by his brother to The Pashtun Times.

He is an honest, competent and patriotic citizen and has never been found involed in any criminal/anti-state activities. This can be proved from the character/clearance certificate of the quarter concerned as given below:

The fact of missing in respect of my brother was reported to police on December 8th, 2017 and lodged F.I.R accordingly in Cantt: Police Station, Bannu (Attested copies of FIR at Annex-VII)

It has almost 14-Months lapsed that my brother is missing. He is an Arthritis Patient. He has multiple attacks of acute Arthritis which is aggravated by frequent attacks of Diarrhoea and Dysentery. He is suffering from this problem from last 23 years for which he has remained admitted in medical ward of Lady Reading Hospital, Peshawar in 1994.His missing for such a long time has created frustration and anxiety among the family members; especially his 5- School going children and old parents are very much worried about his health.

Keeping in view the above you are therefore, requested to kindly look into the matter on humanitarian basis.

Waiting for your scruples and philosophical help 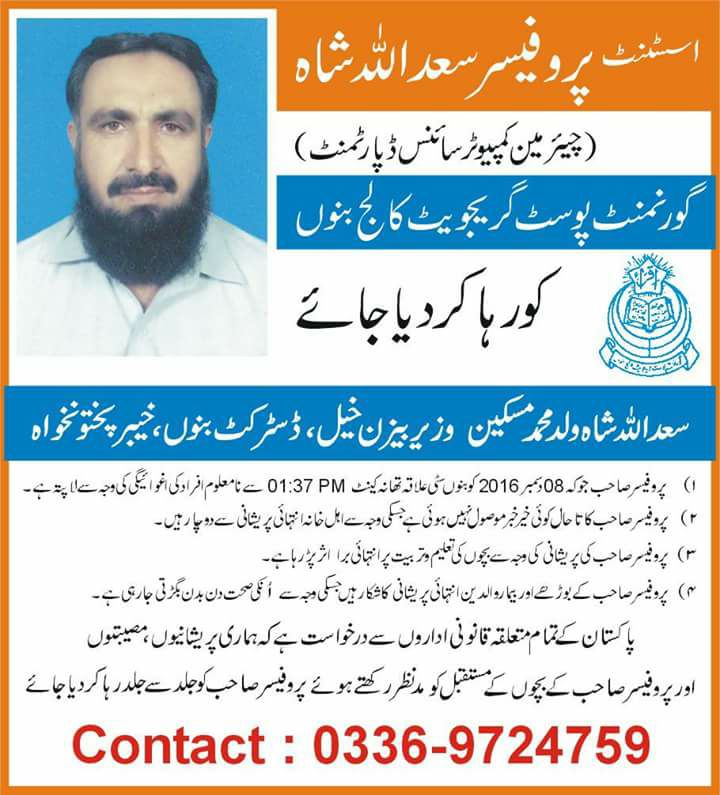 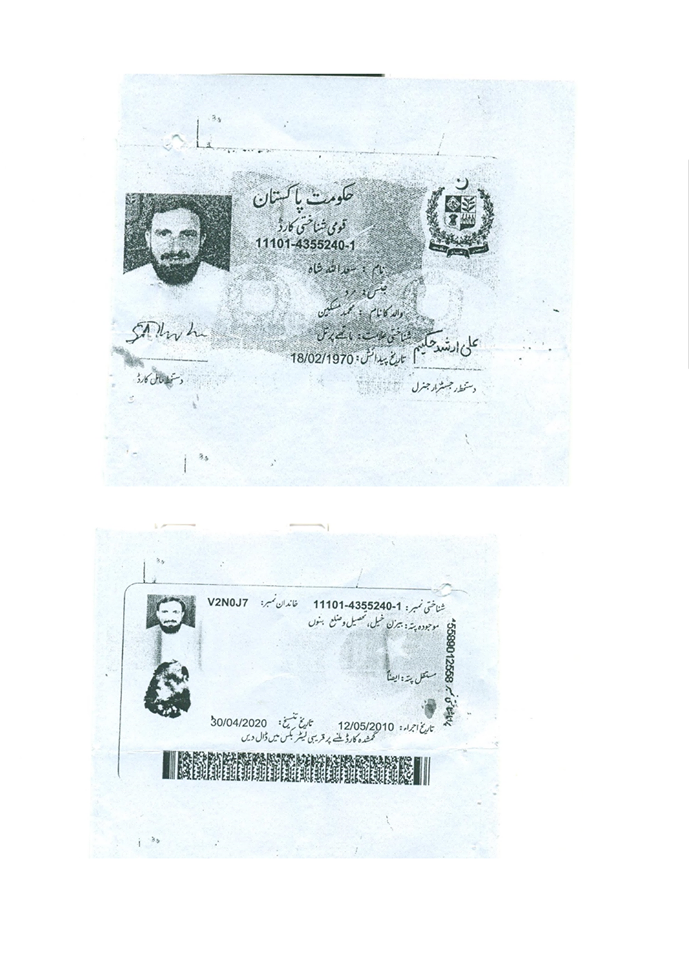 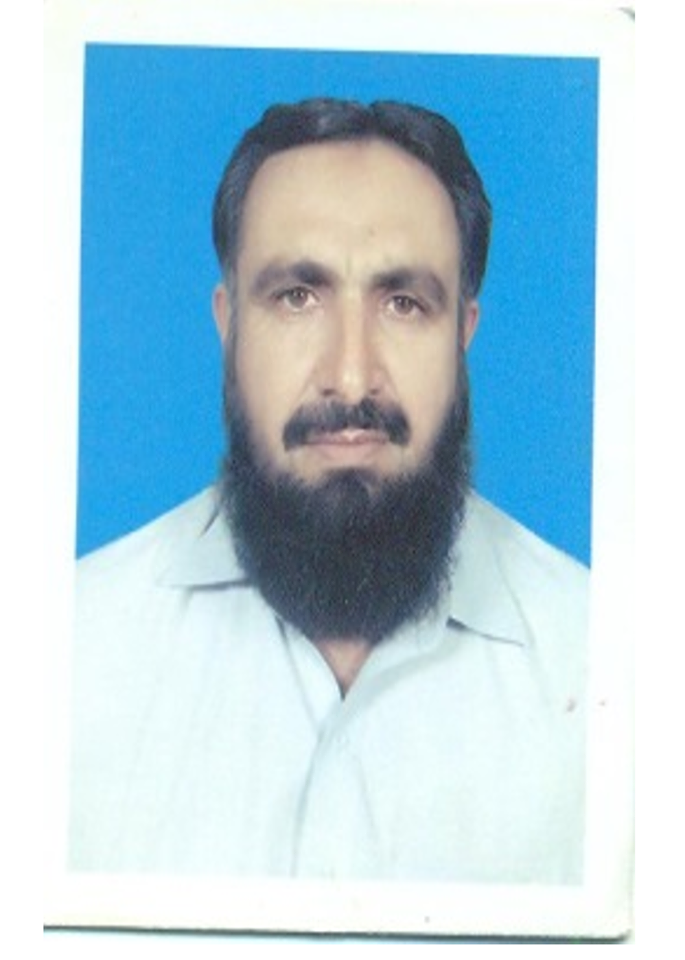 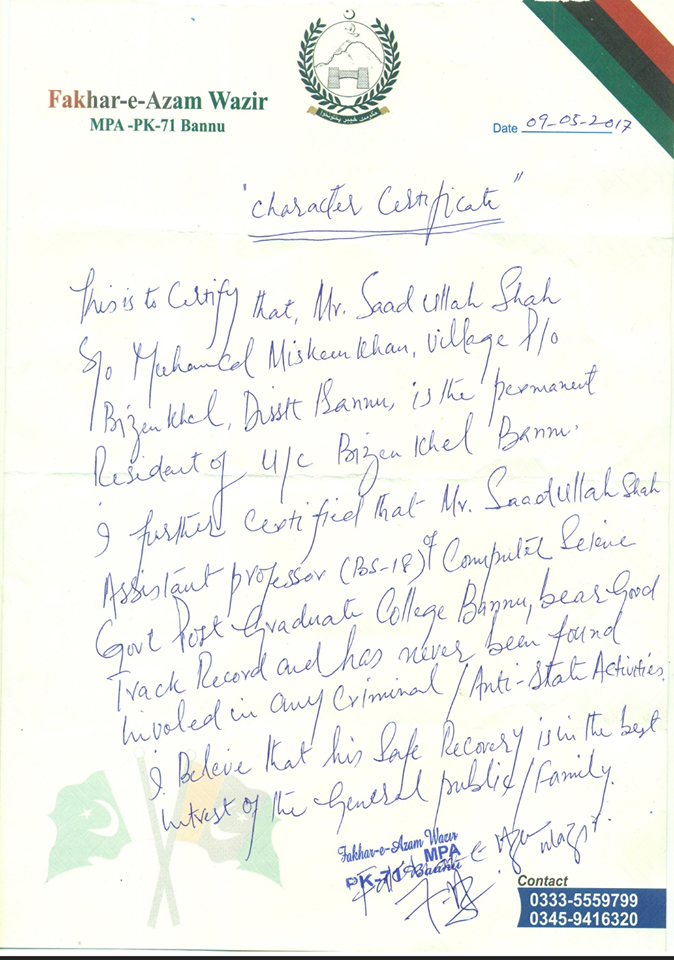 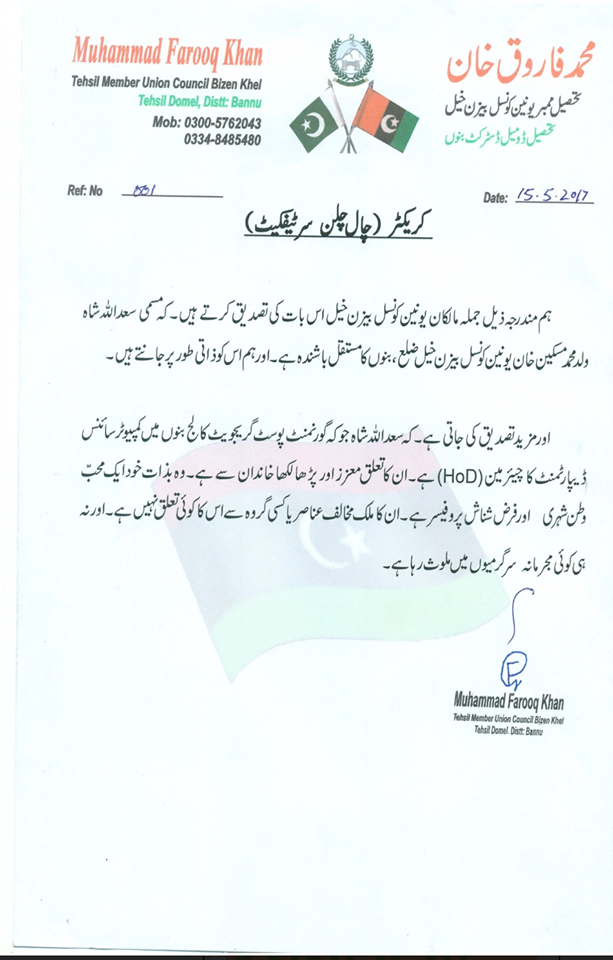 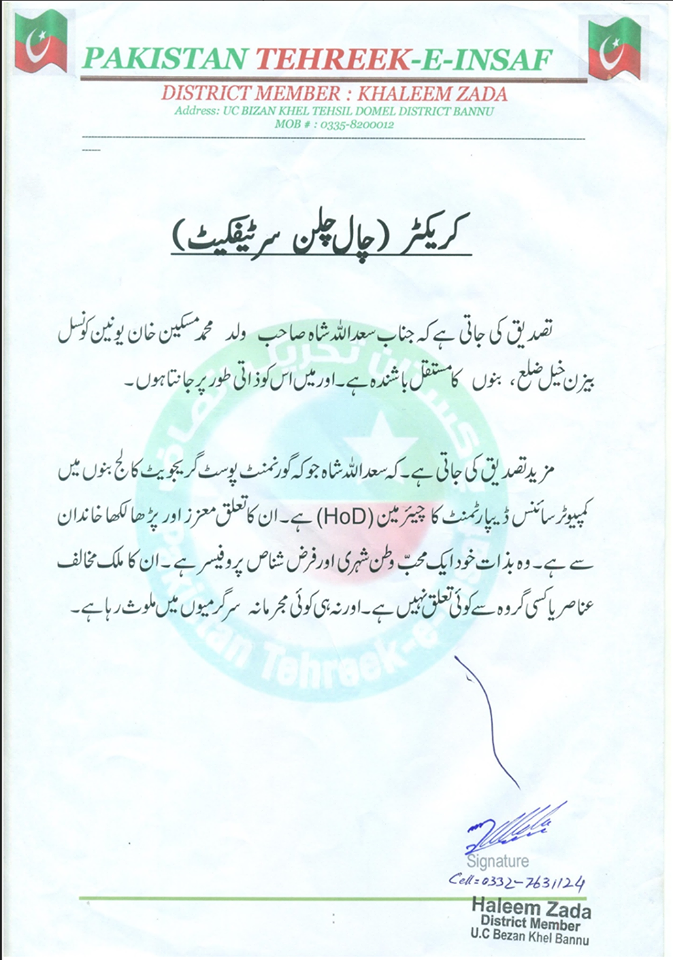 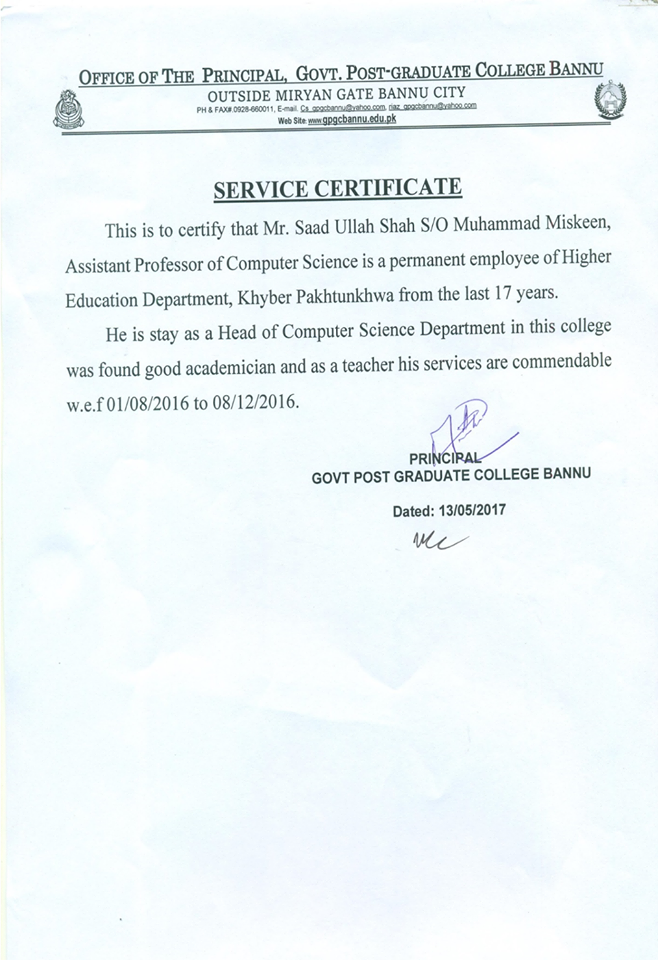 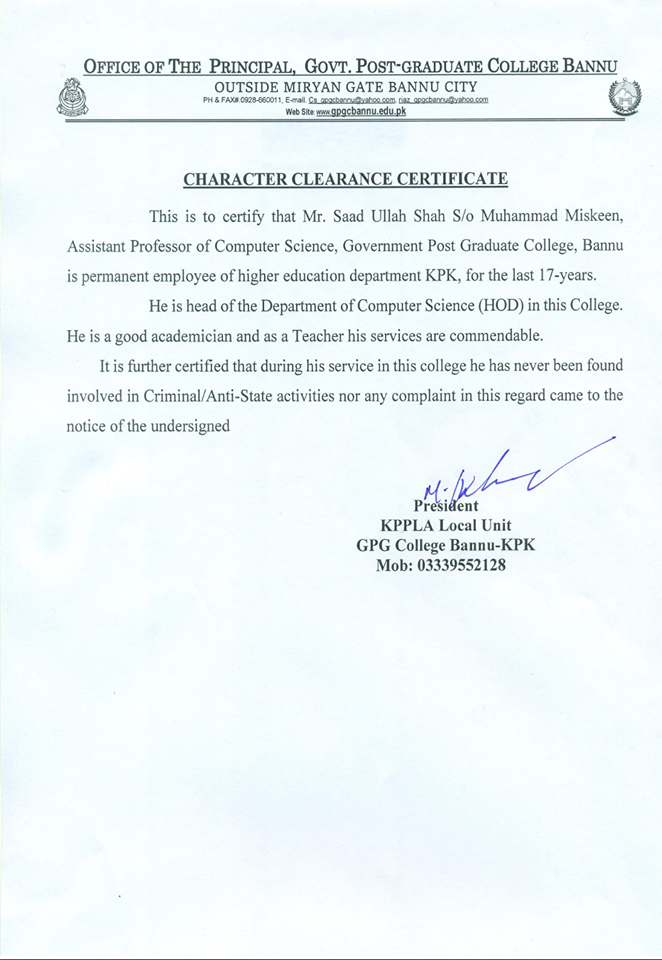 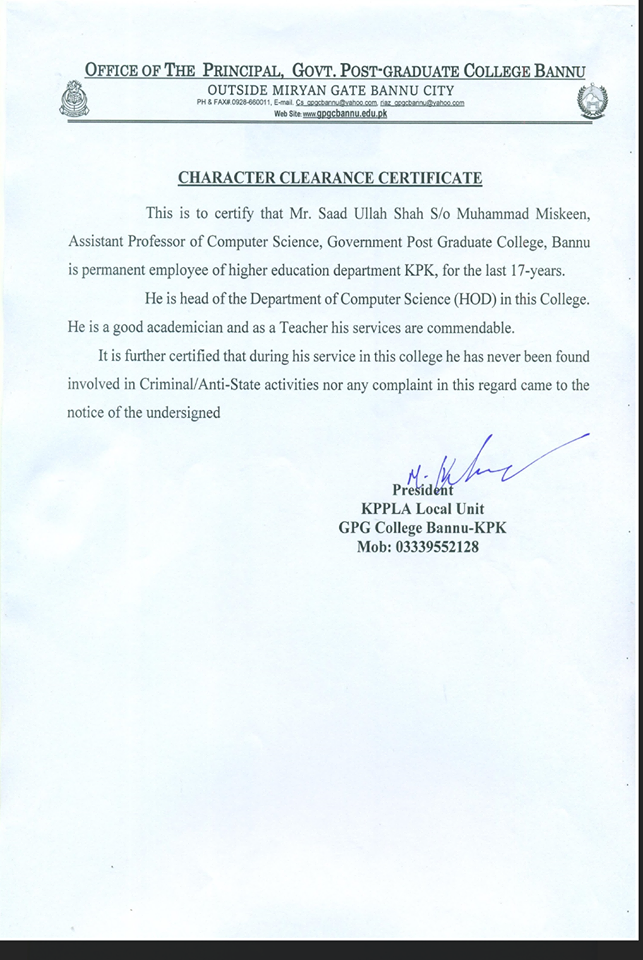 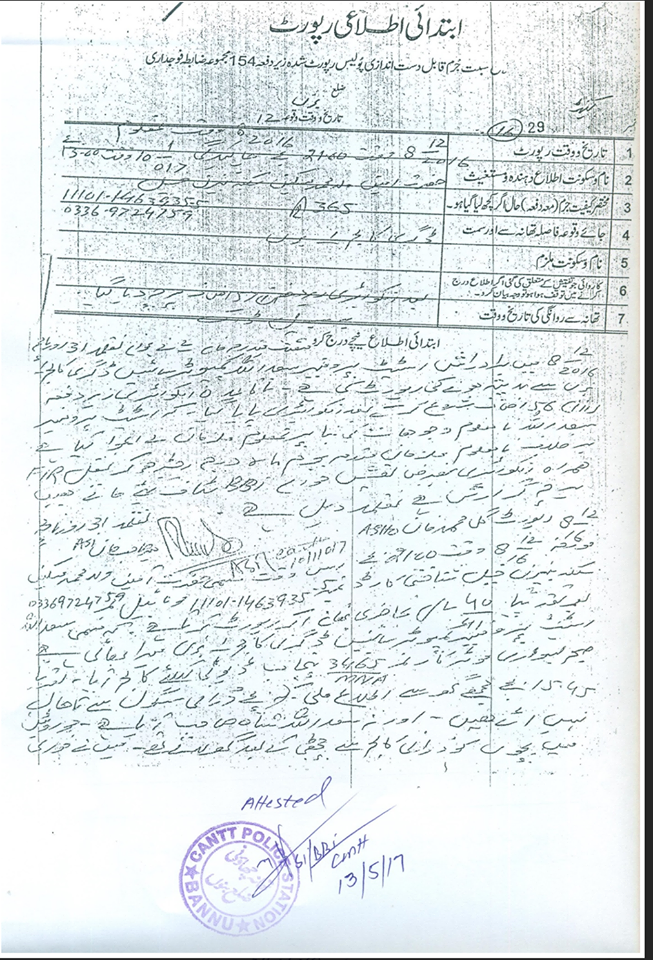 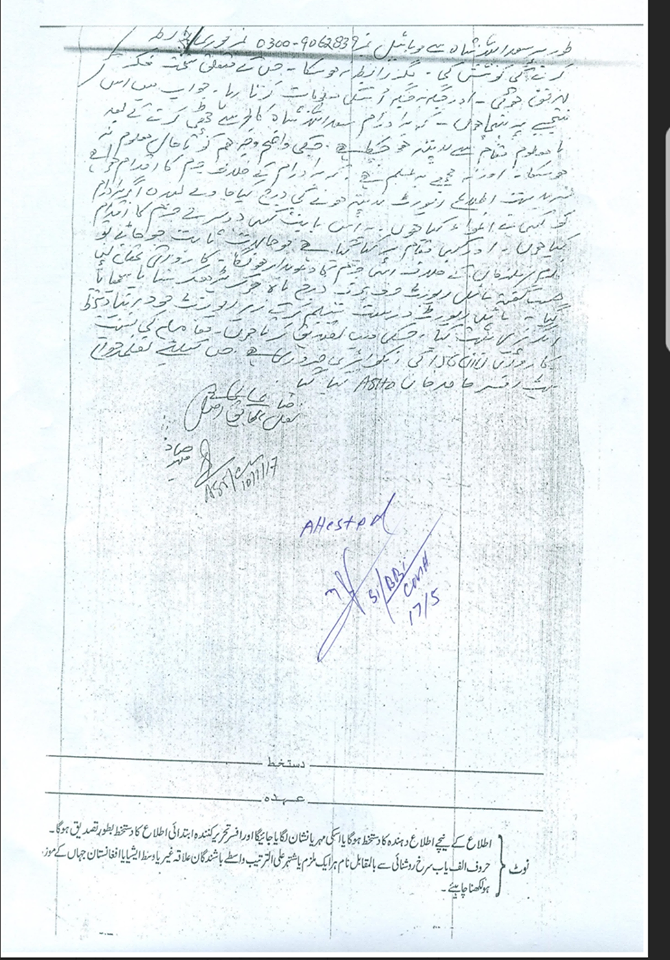 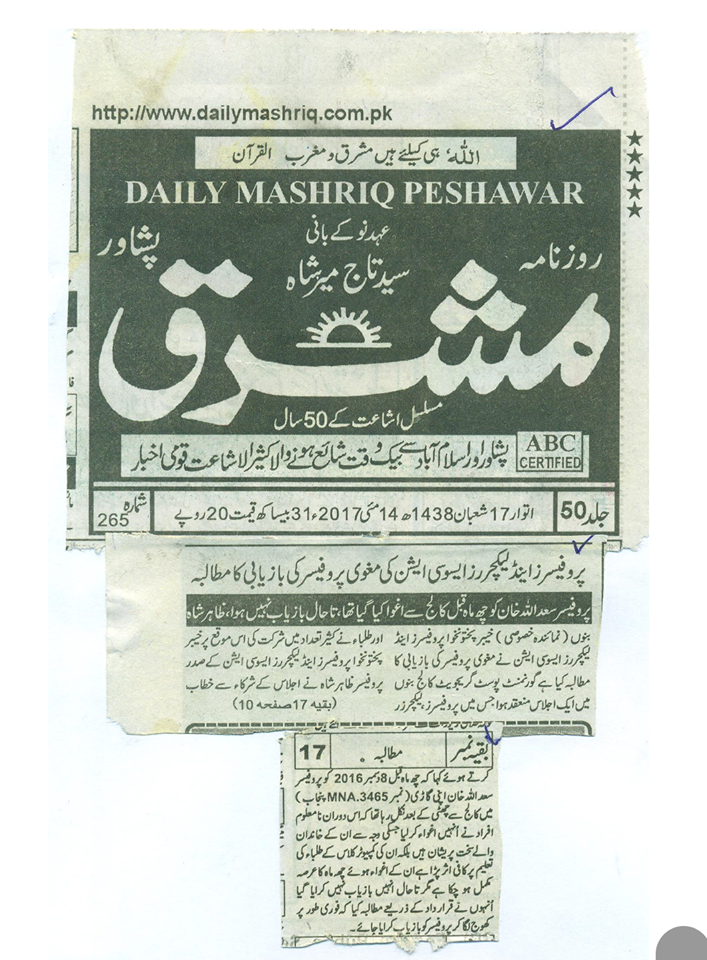 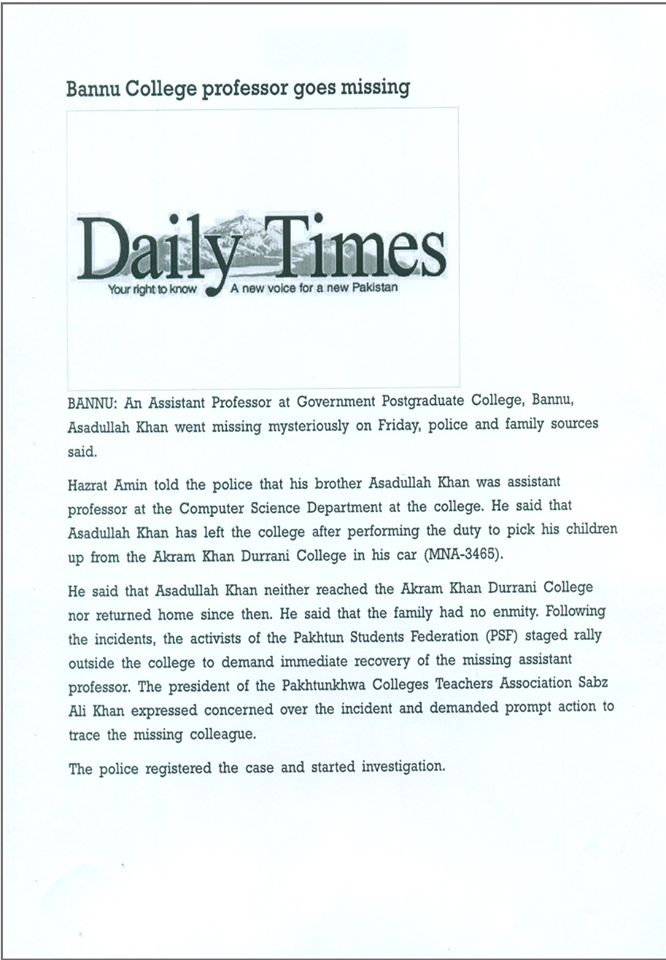 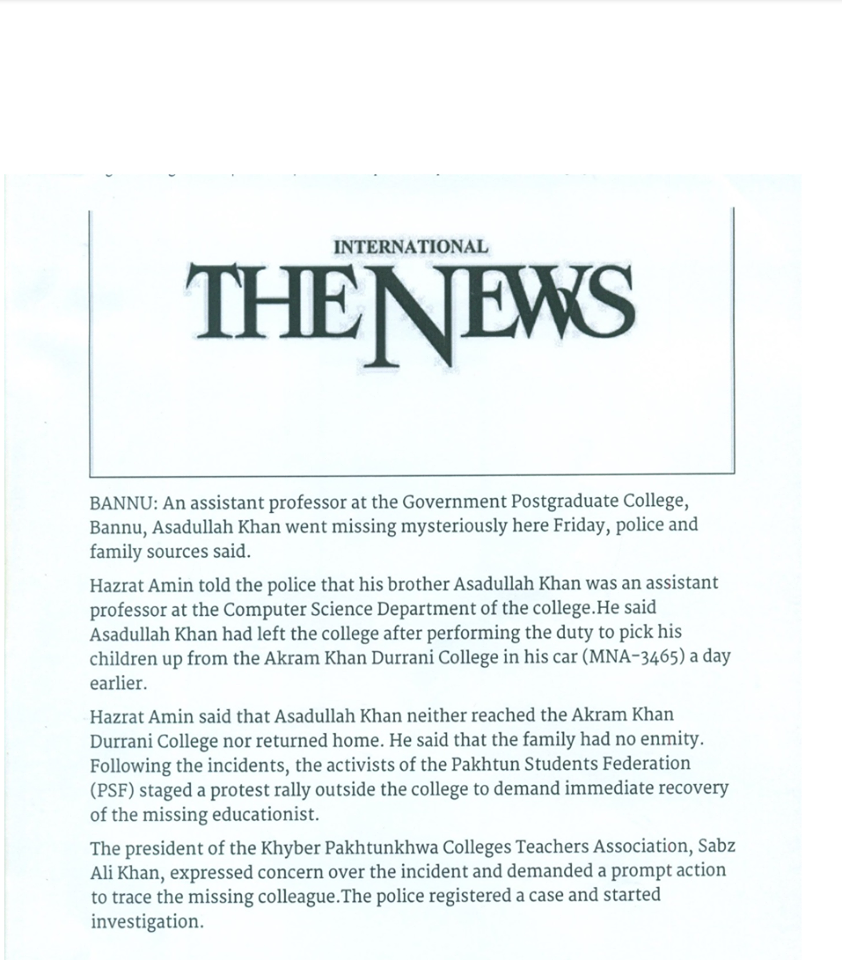