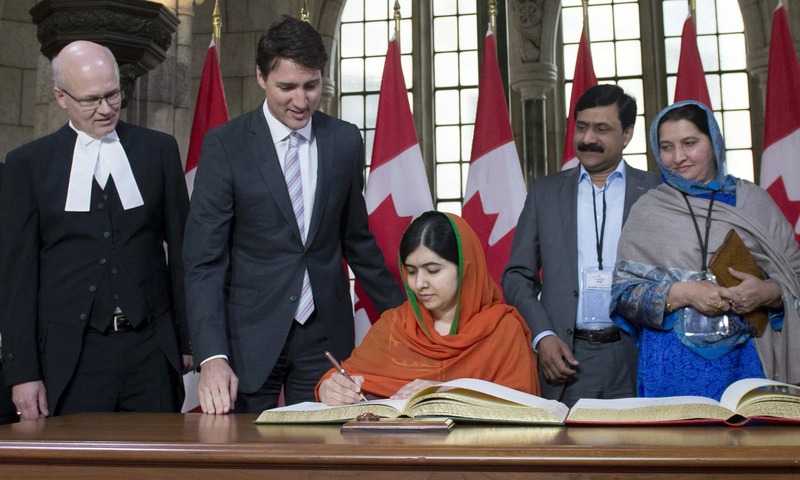 Prime Minister Justin Trudeau presented her with a framed certificate of citizenship on Wednesday. She’s only the sixth person to receive the honor and the youngest ever.

The 19-year-old activist was 15 when she was shot in the head by Taliban militants while returning from school. She was reportedly targeted for advocating women’s education.

She won world acclaim for her campaign and was awarded the Nobel Peace Prize in 2014.

Yousafzai was originally scheduled to receive her honorary citizenship in 2014 but the Canadian Parliament was stormed by an armed terrorist that day.

Yousafzai says that man called himself a Muslim but did not share her faith.