RAWALPINDI: Mumtaz Qadri, an Elite Force commando convicted of killing former Punjab governor Salman Taseer, was executed at the Adiala Jail at around 4.30am on Monday, police said.

Qadri shot Taseer 28 times in broad daylight in Islamabad’s Kohsar Market on January 4, 2011. He was sentenced to death for assassinating Taseer on Oct 1 the same year.

Qadri said he killed Taseer over what he called the politician’s vocal opposition to blasphemy laws of the country.

His mercy appeal was rejected by President Mamnoon Hussain.

A prison official confirmed the execution of Qadri.

Cries were heard from inside Qadri’s house as hundreds of men and women gathered, and mosques could be heard broadcasting news of the execution, an AFP reporter there said.

“I have no regrets,” Qadri’s brother Malik Abid told AFP, tears rolling down his cheeks.

He said the family had been called to the prison Sunday evening by officials who said Qadri was unwell.

But when they arrived, he greeted them with the news that authorities had deceived them, and that his execution was imminent.

“We started crying, but he hugged us,” Abid said.

Two weeks after Taseer was killed, the only Christian minister in the federal cabinet, Shahbaz Bhatti, was gunned down in Islamabad. He too was a critic of the blasphemy laws.

In August 2011, Taseer’s son was kidnapped from his car in Lahore. Shahbaz Taseer’s wherabouts remain untraced. 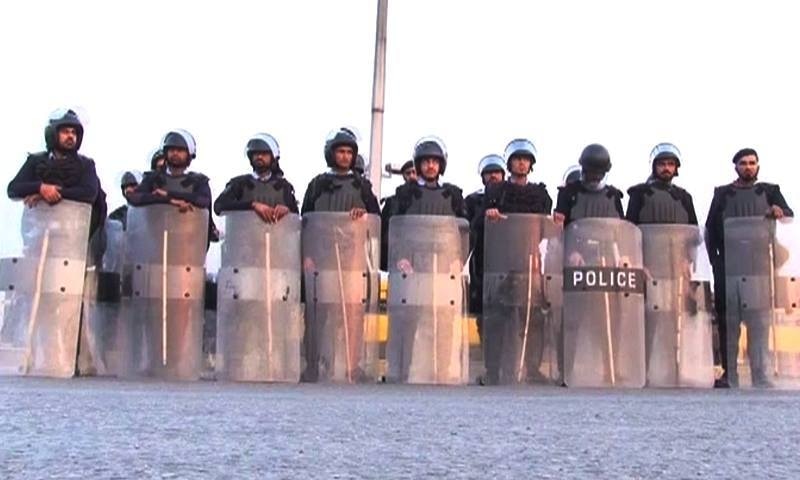 Strict security measures were taken in wake of Qadri’s execution.—DawnNews

Strict security measures were taken within the jail premises and a heavy contingent of Law Enforcement Agencies (LEA) personnel were deployed to avoid any untoward incident.

All routes leading to the Adiala Jail were sealed. LEAs personnel were also deployed across the city in view of agitation and protests.

The body of Mumtaz Qadri was handed over to his family members and was moved from the jail under tight security cover.

Qadri’s last meeting with his family was arranged late on Sunday night.

An anti-terrorism court here sentenced Qadri to death on two counts for murder and terrorism in Oct, 2011.

In a 40-page statement submitted to the court, Qadri said at the time Taseer’s statements in support of Asia Bibi, a Christian woman charged with blasphemy, had provoked him to kill the governor.

The Supreme Court of Pakistan in October last year maintained the conviction of Mumtaz Qadri by an Anti Terrorism Court, overturning Islamabad High Court’s (IHC) March 9 verdict, which had dismissed Qadri’s appeal against his death sentence under the Pakistan Penal Code (PPC) but accepted his plea to void the Anti Terrorism Act’s (ATA) Section 7.

The government had approached the apex court for including the terrorism charges as a second offence in the punishment.

The court warned at the time that in Islam a false accusation can be as serious as the blasphemy itself, and that calls for blasphemy law reform “ought not to be mistaken as a call for doing away with that law”.

The Supreme Court dismissed Qadri’s review petition against his death sentence in December last year, with the judge heading the bench observing that the petition could neither establish errors floating in the judgment nor blasphemy cha­rges against the former governor.

Governor Taseer’s killing was the most high-profile political assassination since former prime minister Benazir Bhutto was murdered in a gun-and-suicide attack on a Rawalpindi election rally in Dec 2007.

Protests erupted in several areas of Rawalpindi and the capital over an hour after the news of the execution spread. 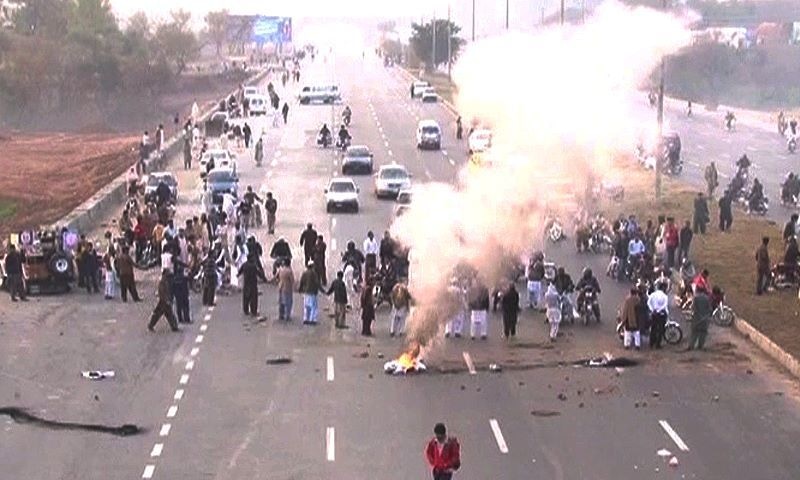 Demonstrations were reported from several areas in twin cities.—DawnNews

Dozens of Rangers and police in riot gear as well as ambulances were stationed outside Qadri’s home in the city early Monday, an AFP reporter there said.

Shops and business centres were shut in a town in Nindo Shaher, a town in Sindh’s Badin district on a call of different religious parties to lodge protest against Qadri’s hanging. Strict security measures have been made in all towns of the district. -Dawn