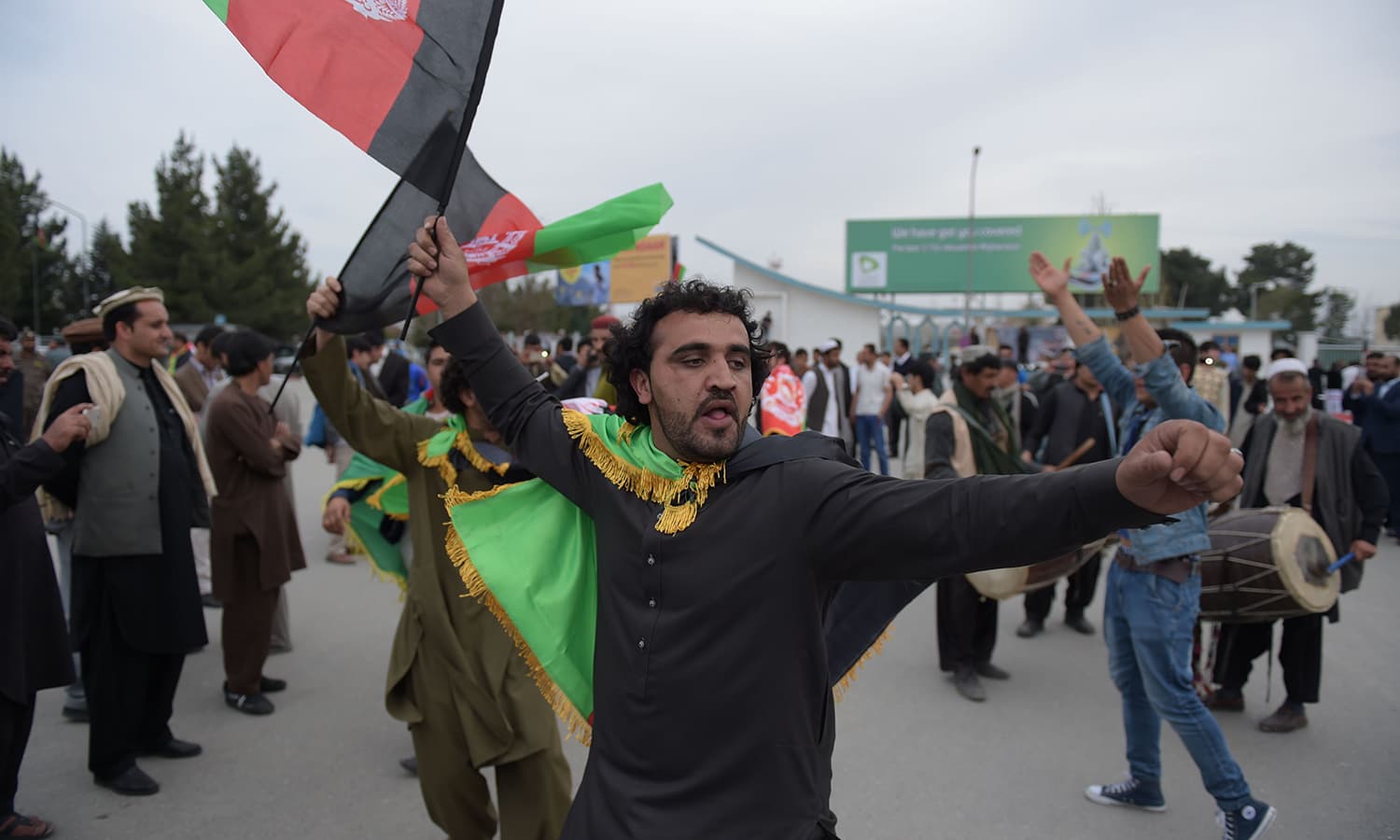 KABUL: Hundreds of dancing, flag-waving Afghan fans Tuesday gave a hero’s welcome to their cricket team as they arrived home after a historic triumph over the mighty West Indies at the World Twenty20.

Afghanistan failed to qualify for the semi-finals but the underdog side notched up an impressive win against the West Indies on Sunday — their first ever Super 10 victory at a World T20. 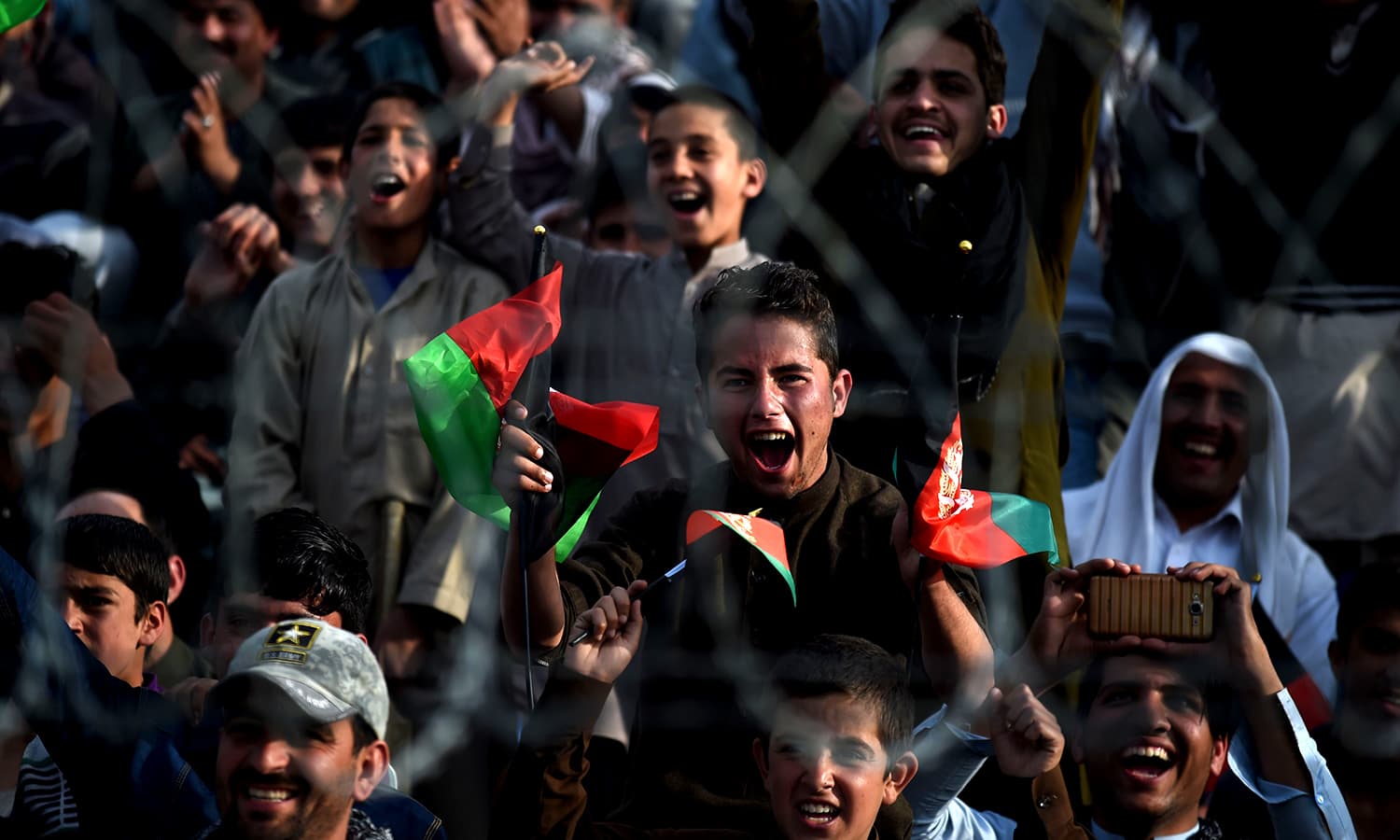 Afghan cricket fans cheer and wave the national flag as they welcome the country’s cricket team home at the Cricket Board Stadium in Kabul. — AFP

“West Indies is one of the best teams in the world and we defeated it,” gushed Afghan batsman Gulbadin Naib.

“It is unbelievable, a matter of great joy that a small team like ours could defeat them.”

A traditional Attan folk dance erupted at Kabul’s international airport as hundreds of fans gathered to welcome the team.

Many others lined up along the capital’s mains road cheering, whistling and waving the Afghan flag as the team drove through the war-scarred city. 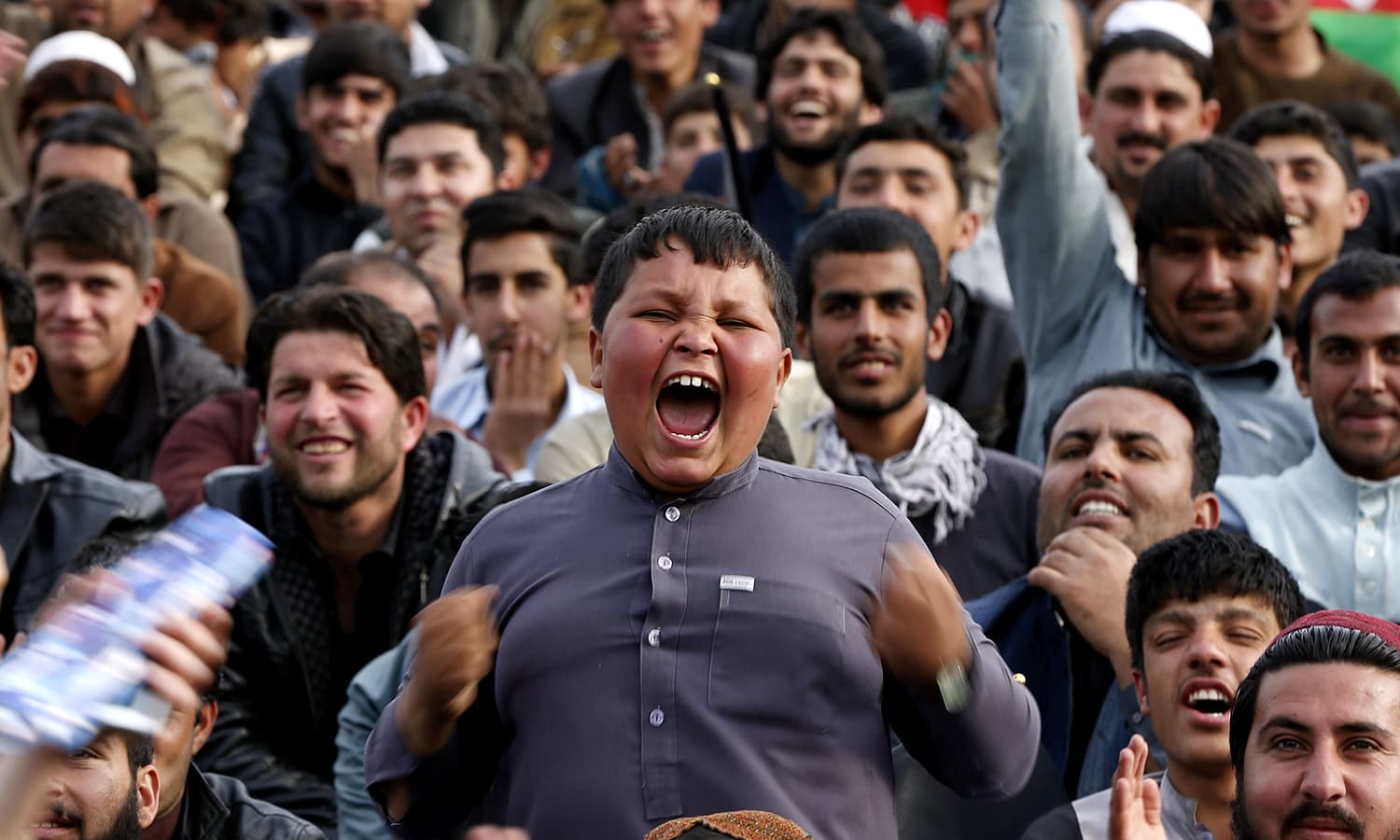 A boy goes all jubilant as crowds gather to welcome the Afghan cricket team. — AFP

“In our war torn country such a victory has brought happiness and pride.”

Afghanistan had lost all of their previous Super 10 matches, but they have won new admirers in India with their aggressive and carefree brand of cricket that has caused some anxious moments for their opponents. 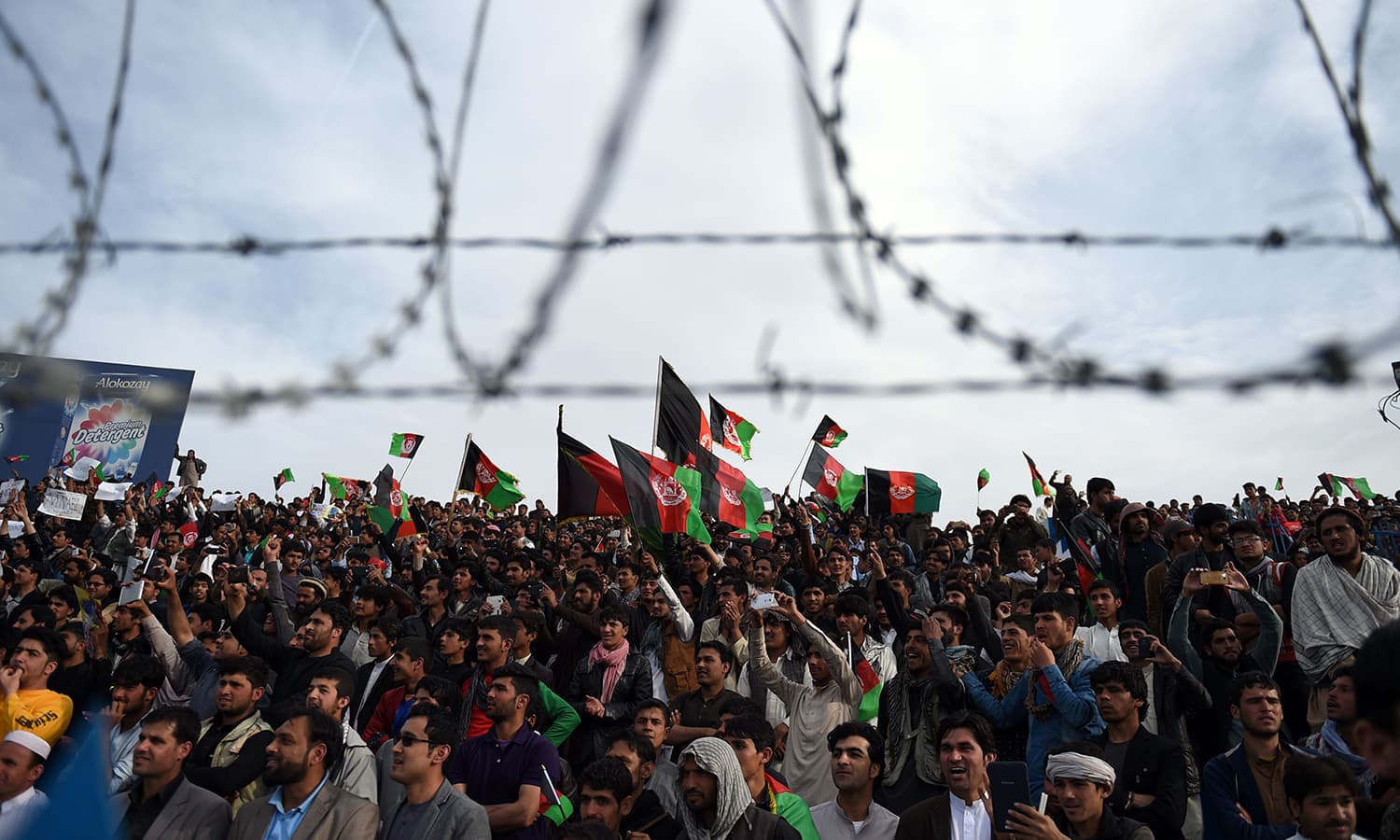 “Afghanistan will be a very successful team in upcoming years.”

Stanikzai had earlier said his side, who had lost three straight group stage matches, had learnt “so much” at the T20 and would now head home and “work on our weaknesses”. 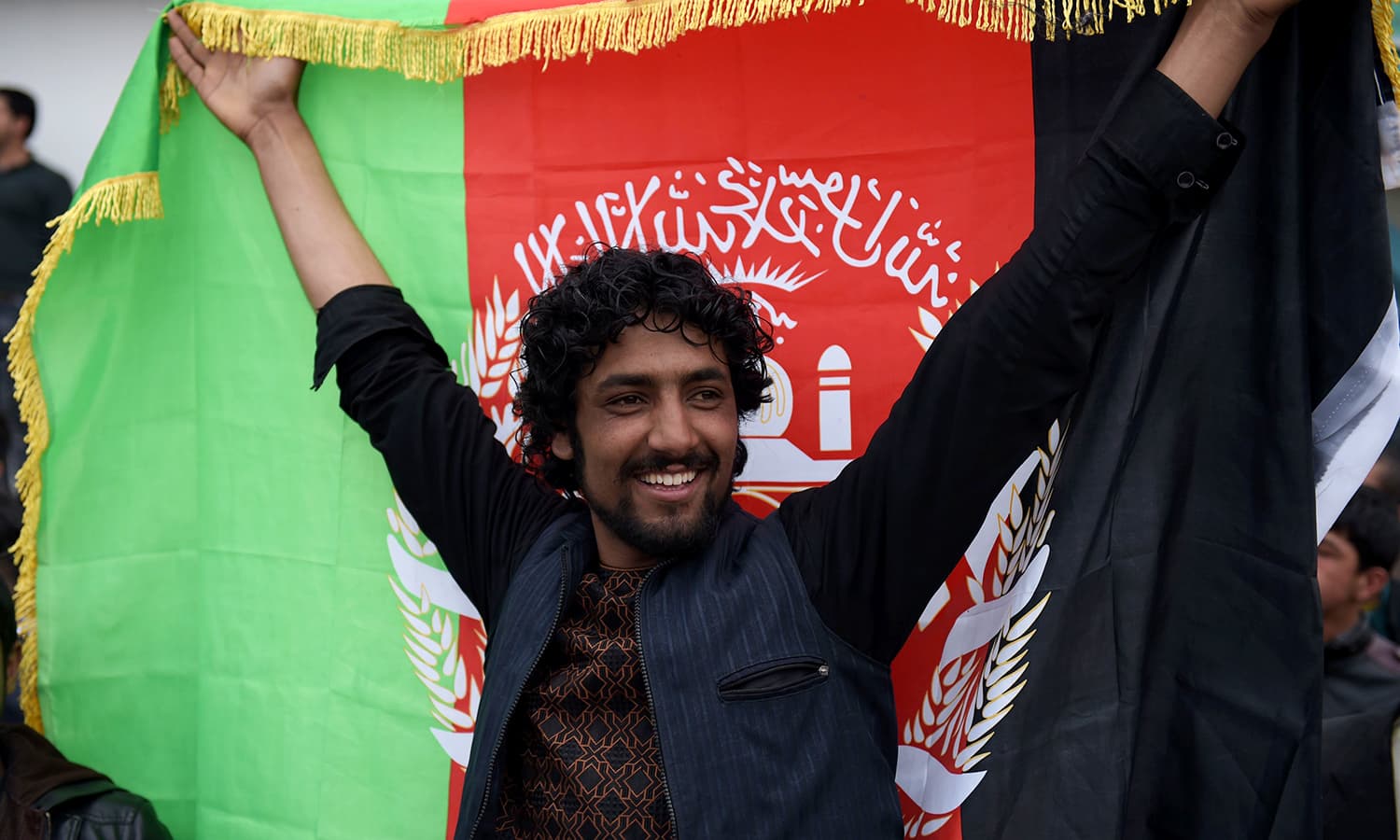 Cricket was banned during the Taliban’s 1996-2001 rule but the sport has seen a stunning revival in recent years.

The game is played on scruffy city parks and rural thoroughfares, with young boys often using discarded pieces of wood for bats and wickets. -AFP