Has PTM taken the road less travelled by? 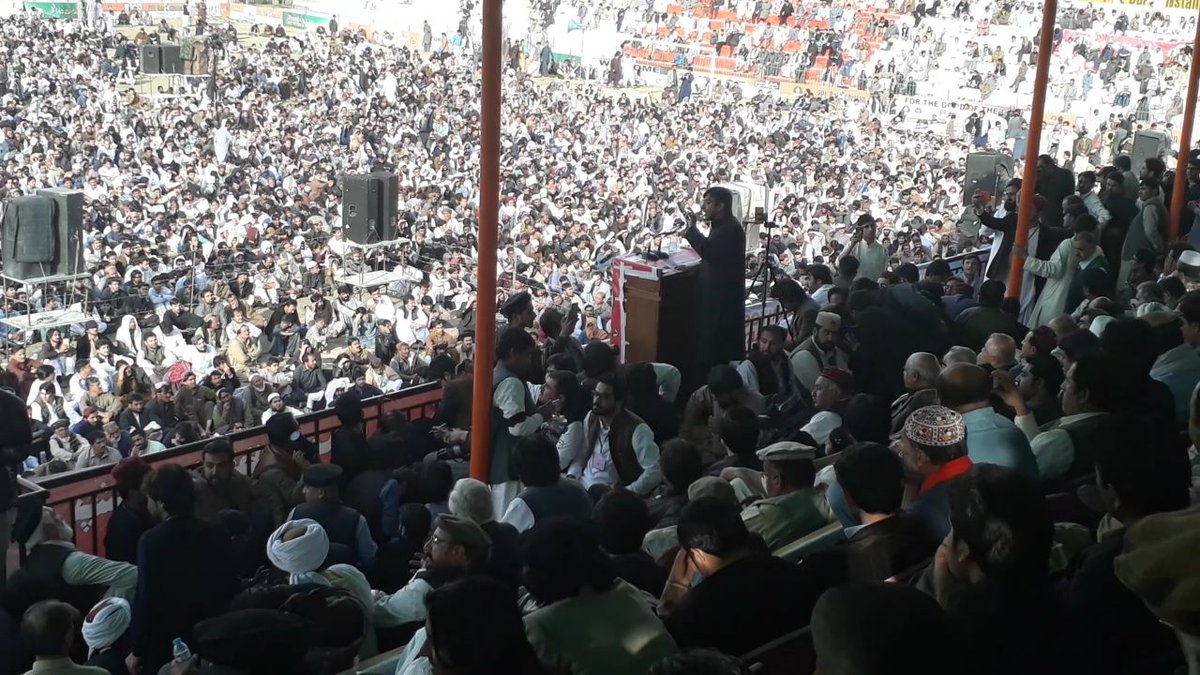 PESHAWAR: Removal of the chairman of the organising committee of the National Youth Organisation – sub-organisation of the Awami National Party – may seem like a decision based on the party’s policy but it also looks like the ANP’s policy statement towards the Pakhtun Tahafuz Movement.

Chairman Mohsin Dawar hailing from North Waziristan was found guilty of being an active participant of the PTM, which has gathered support from far and wide for it was for the first time that Fata was humanised and shown in such a way to the non-Pakhtun by youth like Manzoor Pashtun and others.

The 33-year-old lawyer, Mohsin Dawar, associated with the nationalist party since his student years, was also made to wait despite having no other contenders for the National Assembly ticket from North Waziristan to him. It looks like he has fallen out of favour with his party.

ANP central president Asfandyar Wali Khan himself issued a statement giving reasons for the removal of the chairman of organising committee of the National Youth Organisation (NYO) for failing to conduct elections when, according to some of the youths, he himself had earlier told them to hold on until issues between Sindh’s youth body and the ANP leader there were resolved.

Soon after another statement was issued, things became clearer. It warned no party member or any sub-organisation of the ANP could associate personal view to the party’s policy and any senior or junior member of the party or sub-organisation could not participate in any other organisation’s activities without prior permission.

It is ironic that many political leaders including from ANP addressed the PTM’s sit-in and enjoyed the limelight but now it looks everybody including ANP wants to distance itself from PTM since it not only protested killing of youth Naqeeb Mehsud in a fake encounter but also is openly speaking up on more sensitive issues like missing persons and treatment of people of tribal areas at the hands of the security forces.

However, young politician Mohsin Dawar says he needed no permissions to stand with people of his area.

“I had to stand with my people. I supported them because all they were demanding basic human rights,” he said.

Some senior leaders refused to comment since the party’s central leader had taken this action revealing party’s policy also.

Others on condition of anonymity thought the youths associated with PTM were taking a hard line on many issues. The ANP’s policy and PTM’s stance differ and so anyone who violate the party discipline and joined this movement will be going against the party’s policy.

“The PTM’s stance is extremist, whereas the ANP has never gone to such an extent even after losing lives in Babarha massacre. That’s why followers of non-violence movement have survived so far. We can’t afford more deaths by adopting a stance like that of PTM,” said a senior ANP leader.

The ANP claims it has lost more than 800 workers in the last decade or so.

However, a youth associated with the ANP for years even at the cost of his career has a viewpoint different from the senior leaders’.

Maybe, it was because he hailed from tribal area and had lived in Karachi and seen it all himself. He says PTM is protesting in a peaceful way.

“Demanding one’s rights is not extremism. When one’s people are getting killed, can’t one even protest,” asked the youth.

Ironically, the ANP wants to distance itself from a movement, which is also claiming to have moved Pakhtuns to speak up for their rights just because it has been criticising the establishment.

The general elections are just around the corner and ANP could not afford to get involved itself in anything like the PTM. The ANP seems more interested in alliances and parliamentary politics than taking an opposition’s role against the state institutions, political observers say.

Call it political expediency or political wisdom and experience – having suffered a lot due to terrorism during its five-year tenure as well as the previous election, the ANP looks weary. The party just wants a peaceful participation in elections. On the other hand, youths, especially from militancy-hit and militarily-operated tribal areas having experienced hardships and discriminatory treatment by the state, seem to have no patience for the old ways of the old politicians.

“We will write our own history,” Manzoor Pashtun told youths at the University of Peshawar lately.

The observers say the PTM is doing what was expected from the ANP. The manner of protest or speaking up on issues may be different but that is what that has made all the difference. That is why youths are supporting the PTM.