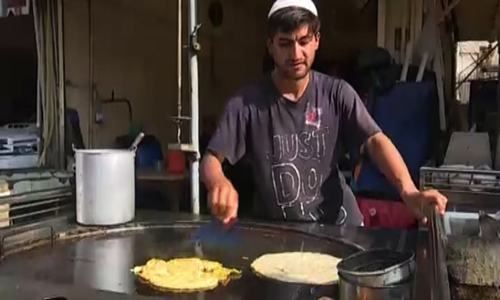 Hanan, who makes parathas at a local hotel, has been called to represent NCA XI against the visiting Malaysian team.

“I am really happy to get this chance,” he said.

“When the first telephone call came from Lahore, I was playing a match. Later I called back and was informed about my selection,” he told media.

Explaining his overwhelming jubilation, he said, “I wasn’t sure if it was a genuine call or not, so I called back again and confirmed my selection for the two T20’s.”

The 19-year-old has been representing Quetta in the domestic grade-2 matches, while he was also selected by Quetta Gladiators during their talent hunt in Quetta.

“I am really thankful to all the people who supported me especially Pakistan Cricket Board (PCB) which has played an important part in promoting the emerging players from Baluchistan,” he said.

The player, who hails form Chaman area of Balochistan, said: “I belong to a region where cricket is not played much but still the selectors come and watch the players while playing and select them.”

Talking about his carrier path, he said that initially he was selected by Gladiators and now he has become part of the NCA team.

He was optimistic that one day he will be a part of Pakistan’s national team. He said, “This is how step by step I will reach the national team one day through my performance.”

Further elaborating his strategy to come forward, he said that his next goal would be to perform well for the team against Malaysia and come in notice of the selectors so as to reach his next destination.

Talking about his inspiration, Hanan said that he was a big fan of Salman Butt’s shots.