France is pulling out all the stops as François Hollande scrambles to fulfil his ambitious pledge to build a global military coalition to defeat Islamic State following the Paris attacks.

The French president has won public approval and international backing for his handling of the crisis so far. His poll ratings are up by eight points to 33%. Foreign leaders have lined up to express solidarity. 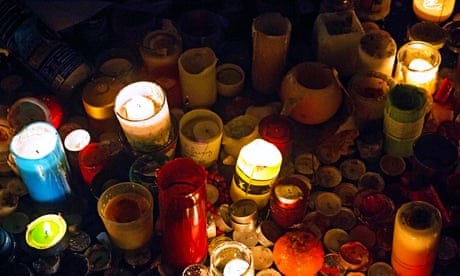 In a flurry of hastily arranged mini-summits this week, Hollande will seek to turn expressions of support into concerted, sharp-end action before the rare moment of unity passes.

His prospects of success are mixed. The leaders of the US, Russia, Germany and Britain – whom Hollande will meet separately over four days – agree unreservedly about the necessity of eradicating Isis. All want a peace deal to end the Syrian civil war. But there is less agreement on how to do this.

David Cameron, who met Hollande in Paris on Monday morning, presented the easiest target for the diplomatic offensive. The prime minister is plainly embarrassed that Britain has not joined France in bombing Isis in northern Syria. So he offered the next best thing: French use of the British military airbase at Akrotiri in Cyprus, plus mid-air refuelling for French combat planes. And he vowed that if he has his way, the RAF will soon join the fight in Syria.

But even here, differences of emphasis persist. Cameron stressed the problem of foreign fighters returning to Europe. At last week’s G20 summit, he said Britain would host a conference to raise funds to stem the flow of Syrian refugees. These priorities reflect the British focus on immigration and security.

Hollande faces a bigger challenge in Washington on Tuesday. Barack Obama is under growingpressure to do more in Syria from Republicans and his own side, including the Democrat presidential hopeful Hillary Clinton. European diplomats complain the US leader does not appreciate the severity of the twin terrorism and refugee crises facing Europe.

So far, Obama has resisted his critics. He shocked even his own supporters by calling Paris a “setback”. He is adamant that the US will not put boots on the ground in Syria, beyond the limited special forces units he authorised last month. So Hollande’s hopes of proactive US engagement in a global coalition may be disappointed. More US airstrikes, more arms to Syrian rebels, more drone attacks – plus condolences – may be the best he gets. 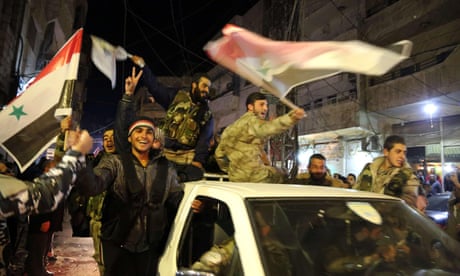 Part of Hollande’s problem is the Americans’ refusal to cooperate militarily with the Russians, whose entry into the Syrian war last month they deplored. Obama agreed a joint approach to rebooting a UN-mediated Syria peace process when he met Vladimir Putin, the Russian president, in Turkey last week. This is a key plank of what Cameron calls a comprehensive strategy to resolve the Syria-Isis conundrum.

But deep disagreement with Moscow remains over the future of Syria’s president, Bashar al-Assad, a long-time Russian client. On the military front, the prospect of the US conducting joint operations or sharing targeting and intelligence information with Russia, beyond the limited “deconfliction” measures already agreed, is zero.

Is Obama about to be outflanked? Sensing a chance to outmanoeuvre the Americans, Putin, who will host Hollande in Moscow on Thursday, has been busy stressing Russian solidarity with France.

His reaction to the Paris attacks, following confirmation that an Isis bombdestroyed a Russian passenger plane over Sinai last month, was purposefully empathetic. “The latest tragic events in Paris show that we have to unite our efforts in fighting this evil, something we should have done a long time ago,” Putin said.

Hollande’s global anti-Isis coalition idea suits Putin. It legitimises Russia’s role in Syria, takes the spotlight off Assad, and puts last year’s row over Crimea on a permanent backburner. He argues that the west has no alternative but to prioritise the fight against Isis above all other Syria considerations. Putin travelled to Assad’s chief ally, Iran, on Monday, in apparent pursuit of this aim.

Putin has ordered Russian navy ships in the eastern Mediterranean to cooperate with the French military “as allies”. Like Obama, he has ruled out deploying ground troops. But Putin has promised the French he will do more. “We are mulling over what we would really do extra in order to support those who are in the battlefield, resisting and fighting with terrorists, Isis first of all,” he said.

The signs of deepening collaboration between France, which as Obama noted, is Washington’s oldest ally, and Russia – Iran also, by extension – are deeply disconcerting for the US. Significantly, Hollande has not so far called for Nato’s help. France, historically, has always been ambivalent about the US-led alliance, but the omission is striking. Putin may exploit this faultline, too. 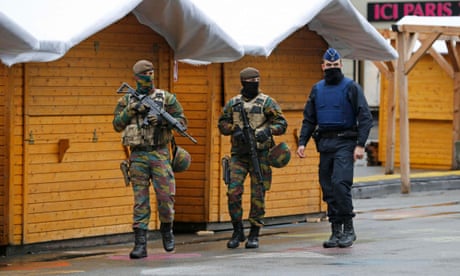 All of which may leave Angela Merkel, Germany’s chancellor, who travels to Paris on Wednesday, feeling anxious. Since the end of the second world war, Germany has not permitted itself offensive military operations, so she has nothing to offer Hollande in that department.

Merkel has lost the initiative on Europe’s refugee crisis. Her open borders policy, introduced in the summer, is under fierce attack at home, while Hollande, disregarding the EU’s prized Schengen rules and Germany’s wishes, hasunilaterally imposed frontier controls.

German intelligence liaison failings prior to the Paris attacks have also soured relation. As Europe’s de facto leader, Merkel is accustomed to getting her way. But when she meets the embattled Hollande, she may be reduced to listening, with tea and sympathy.