How religious hatred against Ahmadis in Mardan spurred lynching of Mashaal Khan? 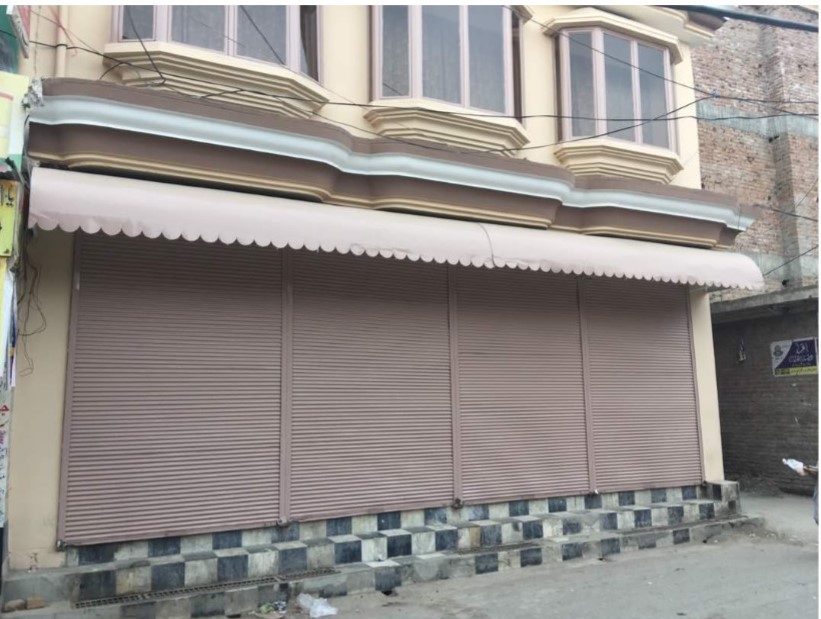 This shop was owned by late Sheikh Mehmood and was a grocery store. It is abandoned since long as it was attacked with hand grenades around 2008

MARDAN: On April 13, 2017, Mashaal Khan, a student of journalism department of Abdul Wali Khan University was murdered publicly by angry students allegedly for making blasphemous remarks against Prophet Muhammad on his Facebook page.

The murder of Mashaal Khan is a horrific reminder of what has happened to Ahmadi community in Mardan during the past two decades. Though, Mashaal Khan wasn’t an Ahmadi but he was killed allegedly for promoting Ahmadi faith on Facebook.

It was a bone-chilling cold evening of December 23, 2010 when the news spread that Sheikh Umar Javed, a young man in his late-20s from Ahamdi community has been murdered near Bikutganj market of Mardan city.

It was the murder of a father, a successful entrepreneur, and of a young man who had the same curiosity about life as any ordinary young man can be curious. By the age of 20, Umar had established a computer learning academy for youth and had invested in a private hostel named ‘Lincoln Hostel’ after famous US President Abraham Lincoln for students of Government Post Graduate College, Mardan.

Persecution of Ahmadi community in Pakistan is not something new. Such incidents occur almost on daily basis but there has always been a personal, political or economic reason that is mixed up with religion.

First in early 1990s, an Ahmadi mosque was attacked and demolished in Bikutganj, one of the oldest localities in Mardan city. It was adjacent to the famous Minar Masjid (Mosque) in the locality. The building isn’t there anymore except a few broken walls which shows that it was a building. It is now used as parking lot for cars.

On 3rd September 2010 at the time of afternoon prayer, two terrorists attacked the Bait-ul-Zikr Ahmadi mosque in Muslimabad, Canal Road, and Mardan with hand grenades but fortunately it landed few meters away from the main gate of the mosque and couldn’t cause much damage. Then one of the terrorists got injured in exchange of fire and the other one blew himself up which badly damaged the front area of the mosque and adjacent homes and killed Sheikh Amir Raza who was on duty to guard the worshipers.

Afterwards, life was getting difficult for Ahmadi people in Mardan city and its surroundings. But despite all this, most of them were running different successful businesses including sports, electrical equipment and grocery stores and owned expensive properties. Most of the Amadi families in Mardan city were financially stable by early 2000s.

Human rights activist and district councilor for minorities in Mardan district government, Nerish Kumar, who had close relations with late Sheikh Mehmood Ahmad, uncle of Sheikh Umar Javed and owner of Mehmood Sports Center (a sports store), says he knows the entire family since his childhood.

He said Sheikh Mehmood was killed by unknown people in 2009 and his brother Sheikh Javed Ahmed was kidnapped in 2010 for ransom. He was released after his family paid the ransom. Javed later filed a case against his abductors, who he claimed were some local influential people. The abductors in revenge killed Sheikh Javed Ahmad and later killed his son Umar Javed.

He further said the violence against Ahamdis in Mardan is religious as well economic as they owned valuable properties and had established successful businesses in downtown area of Mardan. They were asked to pay ransom many times and when the approached police, they were murdered.  Famous orthopedic surgeon in Mardan, Dr Suresh Rajpal was kidnapped twice by the same influential people who was released after paying hefty amount in ransom.

“The kidnapping, attacks on Ahmadi community businesses, and mosques being supported through a constant propaganda of local Islamic scholars was aimed at ousting them from the area at the behest of other influential people,” he explained.

A local journalist and member of Mardan Press Club, Sajjad Saleem said the persecution of Ahmadis is not something that just happened in one day. There has been constant preaching by certain Islamic religious scholars in Friday sermons and other public forums in Mardan city helped in establishing a narrative against the Ahmadi community and tolerance for them diminished with the passage of time.

He said media was not much active in early 200s in small cities like Mardan as it is today. The persecution of Ahamdis was not treated as something important neither in the local press nor in the national press. Everyone in the local media kept quiet and didn’t bother to let the world know what happened to an entire Ahmadi community of Mardan.

Saleem says it’s all economy and the religion was used as a cover. There were shops in a prime location in Bikutganj market of Mardan which were owned by different Ahmadi families, were the target. After Ahamdis were forced to leave the area, they sold some shops at throwaway prices and some are still abandoned as no one is going to rent it.

He said the murder of Mashaal Khan is another horrific reminder that what is in the store for the Ahmadi community or anyone who is alleged of blasphemy. “Religion was vigorously injected into both politics and society systematically in Mardan and now one can see the reactions in the shape of murder of Mashal Khan,” he said.

Saleem further said the protest on Friday April 28, 2017 in College Chowk, Mardan by religious and political parties and condemnation statements by Islamic religious scholars from adjacent Charsadda district against the arrest of people involved in murder of Mashal were clearly aimed to strengthen the narrative of religious hatred so that no one can stand for Mashal Khan.  “Had there been no campaigning against Ahamdis for the 15 years in Mardan, the killing of Mashal would not have happened,” he said, adding that the constant propaganda has set the minds of the young people against Ahamdis.

Chairman of the Sociology Department of Abdul Wali Khan University, Professor Syed Rashid Ali says “the state has allowed to flourish what as a society we are experiencing today and has blocked pluralist ideals and liberal humanist approach, it claims to be an ideological state and ideologies cannot be questioned.”

He said to build a strong defense against mob psyche, there is greater need to educate young people on the subject of critical-thinking, helping them become better individuals rather than mob, and encouraging them to introspect.

He said one can hardly see any civil society platform in Mardan which could reject the narrative of hatred that has been propagated for years against minorities, saying that a strong and vibrant civil society can be more helpful in promoting tolerance in society.

Rashid Ali further said “We must put pressure on state through democratic means to devise strategy for promoting pluralism and the state must mot remain silent or help in promotion of a specific narrative where in common people are urged to challenge the writ of the state.” 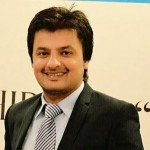 He said, “It is high time we must include subjects like tolerance, social cohesion, pluralism and respect for diversity in our schools, colleges and universities syllabuses so that our youth would be able to think rationally before jumping into something that may harm his/her life and create chaos in the rest of society.”

The writer is an Islamabad-based journalist. He tweets at @Hamidlawangeen