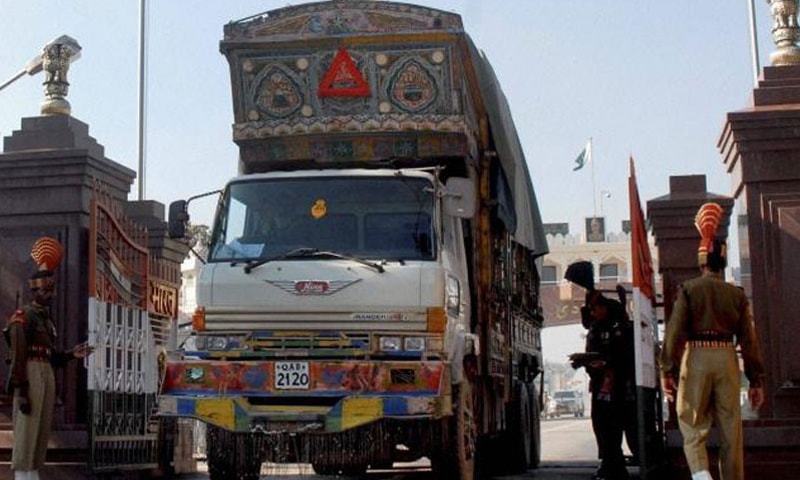 KARACHI: Despite mounting tension along the border, the trade between Pakistan and India has remained intact since the beginning of the current fiscal year.

A recent report by the State Bank of Pakistan (SBP) revealed that Pakistan grew its exports to India during the first eight months of 2016-17 while curtailing imports by 23 per cent.

The trade balance, however, remains in favour of India.

The two countries have long been locked in a bitter rivalry. But worsening political relations seem to have little impact on bilateral trade relations.

People who are in favour of better trade relations with India have to face harsh criticism in Pakistan. The same situation prevails across the border.

One reason for Pakistan’s improved exports to India is high cement demand in the neighbouring country. This has offset the negative impact of a decline in Pakistan’s cement exports to Afghanistan and South Africa.

The SBP said cement exports continued their downward trend, with the largest share in the year-on-year decline in the first half of 2016-17 originating from two markets — South Africa and Afghanistan.

“A slight consolation was continued strong demand for Pakistani cement from India. This partially offset the declines witnessed in the two other major markets,” said the SBP report.

For more than five years, the balance of trade has been in favour of India as Pakistan failed to create a market for its products in the neighbouring country. Political resistance to better trade relations continues to exist in both countries.

In the first eight months of the current fiscal year, Pakistan recorded a trade deficit of $672m with India. The deficit was $993m in the same period of the last fiscal year.