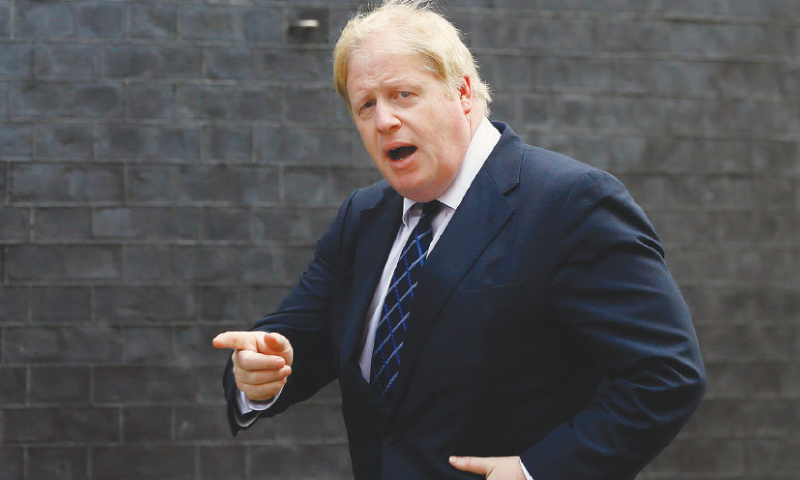 LONDON: Former London mayor Boris Johnson claimed the European Union was behaving like Hitler by trying to create a superstate in an interview out on Sunday which unleashed a wave of criticism.

Johnson, the leading figure campaigning for Britain to leave the EU in a June 23 referendum, was attacked by opponents at home who called his remarks “offensive and desperate”, as well as from within Europe.

In a Sunday Telegraph interview, Johnson said the last two thousand years of European history had featured repeated efforts to unite the continent under a single government, emulating the Roman empire.

“Napoleon, Hitler, various people tried this out, and it ends tragically.

The EU is an attempt to do this by different methods,” said Johnson, a populist figure known for his rhetorical flourishes and historical allusions.

“But fundamentally what is lacking is the eternal problem, which is that there is no underlying loyalty to the idea of Europe.” There is no single authority that anybody respects or understands. That is causing this massive democratic void,” he said.

With under six weeks to go, the “Remain” camp — led by Prime Minister David Cameron — and the “Leave” side are tied at 50 per cent support each, according to the What UK Thinks website’s average of the last six opinion polls.

It is the second time in a few weeks that Johnson has attracted criticism over the way he has made the case for Brexit. -AFP