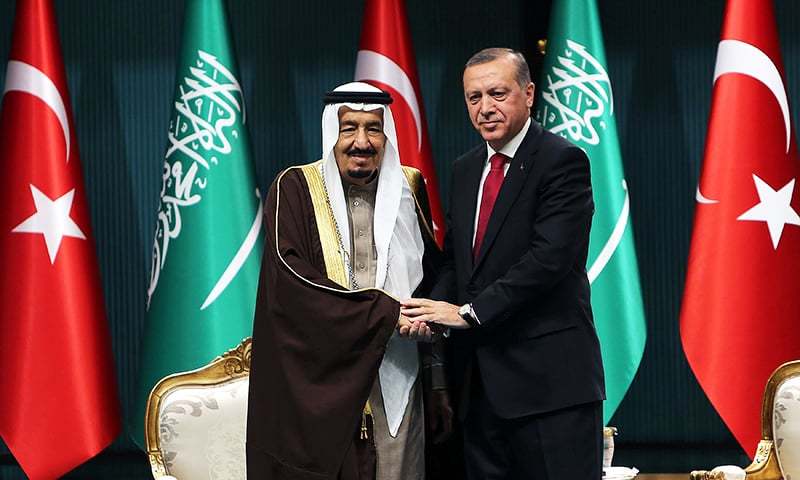 ISTANBUL: Turkish President Recep Tayyip Erdogan on Thursday hosts over 30 heads of state and government from Islamic countries in Istanbul for a major summit aimed at overcoming differences in the Muslim world.

Turkey will seek to showcase its influence in the Muslim world, particularly in lands once controlled by the Ottoman Empire, at the two-day summit of the Organisation of Islamic Cooperation (OIC).

Ankara has said it wants to use the meeting to narrow differences between the world’s estimated 1.7 billion Muslims but the gathering risks being bedevilled by disputes on issues ranging from Syria to Yemen.

There is a security lockdown around the summit venue in Istanbul, the former capital of the Ottoman Empire from where the Sultans for centuries ruled Muslims from the Balkans to Arabia.

Key guests at the meeting will include Saudi King Salman and Iranian President Hassan Rouhani, whose countries are locked on opposing sides in the Syria and Yemen conflicts.

But Turkey’s own policies in the Middle East have been controversial, with several Muslim states objecting to the backing by its Islamic-rooted government of rebels in Syria.

While the summit marks one of the most significant gatherings of heads of state for years in Istanbul, some high profile leaders like Jordan’s King Abdullah and Egyptian President Abdel Fattah al-Sisi will be notable by their absence.

Turkey’s relations with Cairo have still not recovered from the 2013 ousting of Islamist president Mohammed Morsi, a close ally of Ankara, while ties with Amman are being tested by differences over Syria.

Turkish Foreign Minister Mevlut Cavusoglu said the summit was being held at a time when “the Islamic world is experiencing many disputes within itself”.

“Hopefully, this summit will pave the way for healing some wounds.”

The run-up to the summit saw a landmark visit by King Salman to the capital Ankara which marked the dramatic improvement in ties between Turkey and Saudi since he came to the throne in 2015.

Erdogan went to Ankara’s Esenboga airport to personally welcome the Saudi monarch on the tarmac and then gave him Turkey’s highest honour for a foreign leader.

Salman landed in Istanbul on Wednesday to find dozens of black luxury cars waiting on the tarmac to whisk him and his delegation to their luxury hotel by the Bosphorus. 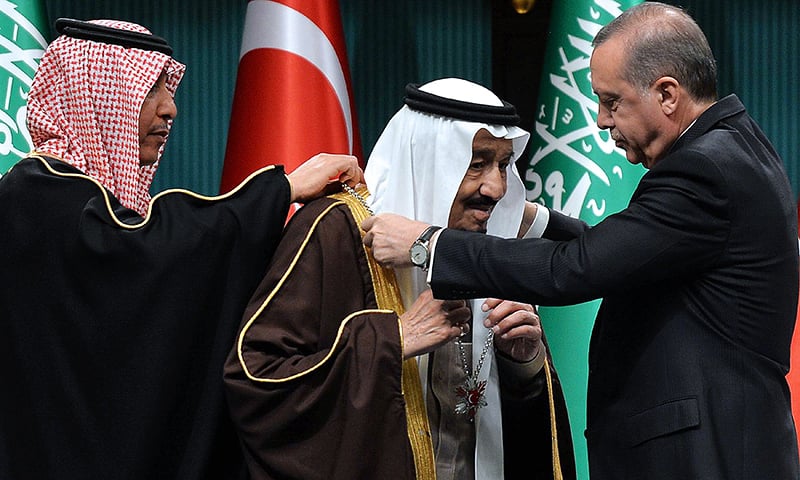 Saudi Arabia and Turkey both believe the ousting of President Bashar al-Assad is the key to solving the Syrian conflict and back rebel groups fighting his regime.

Analysts have warned however that Turkey needs to tread carefully in its alliance with Saudi Arabia, which is also overwhelmingly Sunni Muslim, so it is not seen as a sectarian union aimed at Shia Iran.

The summit gets underway at 06.30 GMT with a speech by Erdogan and will wrap up on Friday with a news conference by the Turkish leader.

Five men were jailed in Turkey for “insulting” President Erdogan, reports said Wednesday, one of several such cases that have intensified alarm over the country’s slide towards authoritarianism.

The five from the southern province of Sanliurfa were accused of damaging the president on social media, according to the Dogan news agency.

A sixth person was arrested but later released.

Almost 2,000 people have been prosecuted for “insulting” Erdogan since the former premier became president in August 2014, Turkey’s justice minister said in March.

The court cases have raised concerns over freedom of expression in Turkey and Erdogan has also been accused of seeking to muzzle the press, NGOs and academics.

Erdogan has repeatedly denied that there had been any crackdown on free expression in his country.

A German comedian has become the centre of a diplomatic spat between Turkey and Germany over a satirical poem that accused Erdogan of paedophilia and bestiality.