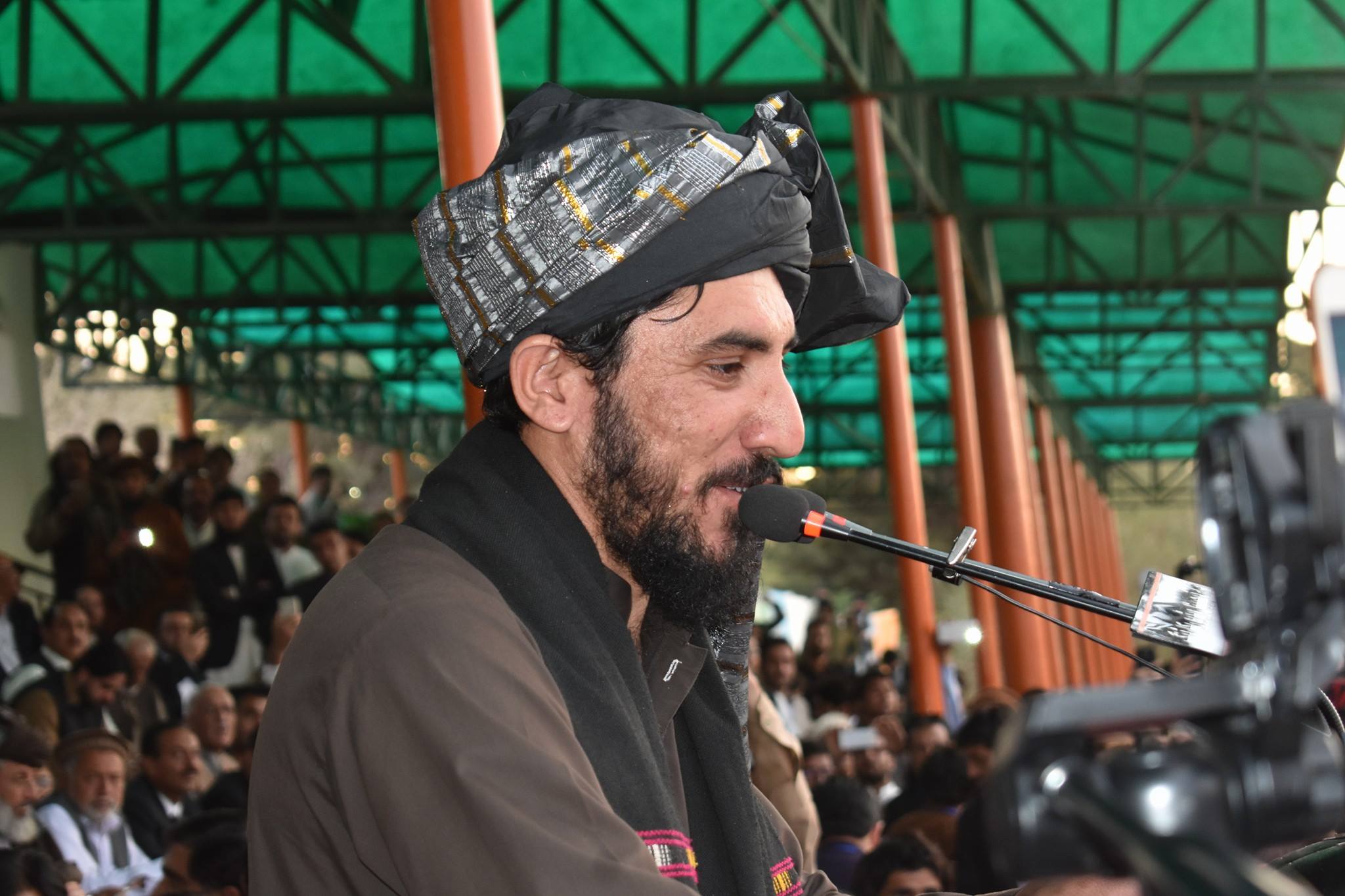 EDITORIAL: It is him who ignited and infused the long-awaited verve in Pashtuns–the worst victims of global war on terror to come together for their national cause–which has become a question of their survival.

The Pashtuns perhaps never in history had come across as monstrous and deadliest a challenge as terrorism is, therefore, they desperately needed a man like him. And it is him who stood in the way of the most suppressive state within state, which has already toppled governments in Pakistan, and event hanged elected Prime Minister. It is him who challenged those who used to behead Pashtuns as if they were not humans but chickens. And it is him who raised his finger at Pakistan’s premier intelligence agency, the ISI and also Military Intelligence MI that you cultivated the Taliban in the Pashtun belt. Since the Taliban were provided safe hideouts on the Pashtun soil therefore not only globally it affected Pashtuns’ image in a negative way, even in the rest of Pakistan they became untouchables.

Earlier, in Pakistan, Pashtun has usually been looked down on as a traitor, as a RAW, and Afghanistan’s agent, however, after the erstwhile uniformed President of Pakistan decided to be a non-Nato ally of the US in its global war on terror, a Pashtun became the denotation of terrorism, and his dress codes, became a mark of extremism.

To keep the Pashtuns pushed into darkness, they were not only made homeless, but also hundreds of their schools were blown up.

Apparently the Taliban did it, however, this is the act of those who write war scripts in this region–Pakistan’s GHQ as all the Taliban outfits were cultivated under the very tutelage of this military power center. Hundreds of thousands made mass exodus at the hands of the Taliban, because they not only killed nearly fourteen hundred Pashtun elders who dared to challenge Talibanization in the Pashtun belt, yet at the same time, terrorists from across the Muslim world were mustered up in the Pashtun belt in Pakistan and provided them a haven where from they can launch attacks on coalition forces in Afghanistan. In an interview to The Guardian, Musharraf admitted that he cultivated the Taliban Musharraf to undermine the government of ex-Afghan president Hamid Karzai as Karzai had helped India stab Pakistan in the back.

The matter of fact is that Pakistan cannot publicly said that Islamabad is against Washington in this region, however, it raises its fingers at Indian while hit at America.

Pakistan never wants that America must succeed in Afghanistan. To meet this end it needs the Taliban, yet at the same time, the presence of the Taliban on Pashtuns’ soil has given serious blow back and as a result now thousands of Pashtuns have taken to the streets against the overt and covert support of Pakistan’s military to the Taliban.

Apparently the Pashtuns’ anger boiled after a handsome and a young Pashtun, Naqeebullah Mehsud, was killed in a fake police encounter in Karachi by a senior police officer who has been accused of killing more than 440 people in encounters.

To condemn Naqeebullah’s killing, thousands of Pashtuns took to the streets. They started not only seeking justice for Naqeeb, but started questioning the role of Pakistan’s military in the American-led war on terror, its support to the Taliban and eventually dislocating over 1.5 million Pashtuns from their ancestral lands.

In such a critical juncture, it is Manzoor Pashtun, a young man, just 24-year old, who comes from a humble background, gathered courage, and challenged Pakistan’s policies towards militancy. He ignited such a verve of Pashtun nationalism, which unnerved Pakistan. Being taken aback by Pashtun Spring spearheaded by Manzoor Pashtun, Pakistan’s mainstream media was not allowed to provide coverage to the Pashtun Long March and Islamabad sit-in.

For two months mainstream media took the road of “blackout”, however, once it was given a green signal, the media started taking Manzoor Pashtun’s interviews, while still not covering Pashtun protests.
The way the mainstream media interviews him is a deliberate attempt to belittle him. When it comes to mass communication, political talks, reporting and much more, they must be for connecting citizens and improve the quality of public’s opinions and make them aware who is responsible for their troubles, however, in the story of Pashtun protests, the media itself became a partisan, the guardian of national interests, a vague term, and rushed to save the staggering and falling image of Pakistan’s security establishment–Pashtuns hold a tarnished image of the military headquarter and most frequently raise this slogan: Ye Jo Dehshatgardi Hay Iskay Peachy Wardi Hay, which metaphorically means that military and terrorism are synonymous.”

As Pakistani society is fracturing along multiple lines, the trend of media it started clinging to, will make political talk and language more fraught. The problem is that all the big media houses are based in Punjab and are owned by them, which has always adopted a step mother role when it comes to reporting in the Pashtun belt. The problem becomes more complex when media persons increasingly correspond to their pre-held beliefs and notions and try to impose their own versions of beliefs on social, cultural, and political issues. In such an environment this becomes quite clear to say that the media in Pashtun case has become a partisan and it has shrunk the landscape instead of widening it.

Therefore, Manzoor Pashtun needs to create distance from this media. He needs to talk to international media which will provide him a balanced time as they will never misuse the “media gate keeping” power. Other leaders of the Pashtun Protection Movement such as Dr. Said Alam Mehsud, Ali Wazir and Muhsin Dawar, can keep continue talking to mainstream media in Pakistan as they know their biaseness, however, for Manzoor, it doesn’t look fruitful to talk to such media a media, which is subjective and bias. The thousands of Pashtuns in whose eyes he stands an enviable “hero” cannot see downed by the partisan media persons who invite him to their talk shows and then belittle him by treating him unfairly.