Deconstructing a dangerous myth about FATA

The people of the tribal areas got what they had signed up for and their constitutional status is but a quid pro quo for retaining their ‘autonomy’. And so goes the argument: the constitutional arrangement for the Federally Administered Tribal Areas (FATA) reflects the written agreements that were concluded with the state on their behalf. Why would the tribes accept an obviously bad deal?

The typical answer is because this was dictated by their freedom-loving nature. The tribes wanted the state to leave them alone so that they could enjoy ‘autonomy’ and the freedom to live their lives according to their tribal customs. Thus, in return for all these autonomy-preserving privileges that the state so graciously conferred on them, the tribes had to forgo full citizenship rights, as well as constitutional protections. After all, they couldn’t have it both ways!

This is a myth which is quite far from reality and was invented the moment the tribal areas formally joined Pakistan. And since then, the state narrative has perpetuated and recycled this myth endlessly, to the extent that it has become a reality of its own, albeit a constructed one.

The problem is, it not only rationalizes and explains the past but also controls the future. It continues to inform, frame, and more importantly, constrains the current discourse on reform. Thus it is critically important to revisit and deconstruct this myth in the interest of liberating the reform discourse from its clutches. Some historical fact-checking should help us debunk this myth.

To begin with, this my that tributes agency and thus responsibility for whatever has happened in FATA since the founding of Pakistan on the people of FATA. The counter argument here is that throughout the constitutional history of Pakistan, the ‘common people’ of FATA were never part of any constitutional bargain. They never chose to be at the receiving end of the obviously bad constitutional deals they continue to suffer to this day. Very few know that while all provinces and princely states of Pakistan were represented in the first constituent assembly (1947-54) and participated in the constitution making process, FATA had no representation in it. The common people of FATA obviously couldn’t be part of the decisions the assembly took, including the October 1950 decision which brought the tribal areas under the administrative control of the North West Frontier Province (NWFP) Governor, or the September 1954 decision that conferred the status of ‘Special Areas of NWFP’ on FATA.

FATA did get representation in the second (1954-56) and third (1972-73) constituent assemblies but that does not change anything in the counter-argument. Those representatives were not elected to the assemblies with direct popular vote. 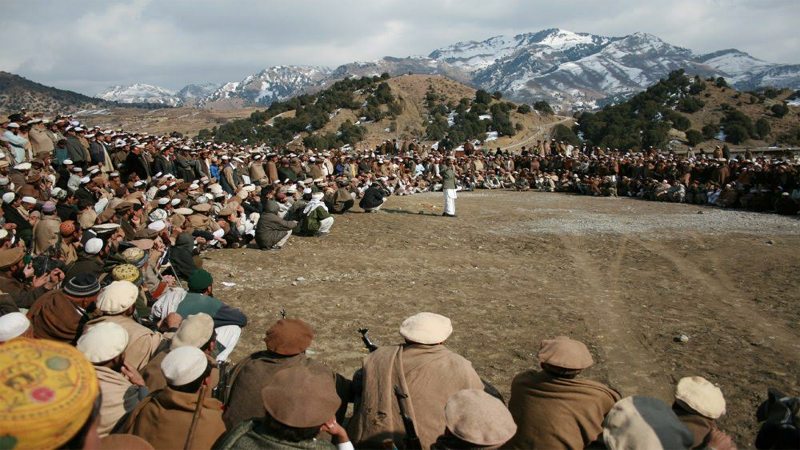 FATA representatives in the third constituent assembly did occasionally raise their voices for their areas. They introduced some amendments in the draft constitution, which, if approved, could have potentially changed things for the better. For example, they demanded allocation of seats for FATA in various constitutional bodies. This included one seat each in the CCI and NFC, as well as Senate seats for FATA on an equal basis with other provinces. Hafiz Pirzada, then federal law minister, spoke with them out of those demands. By assuring them of turning FATA into a paradise on earth, they were persuaded to withdraw those amendments. They had no other option since their bread and butter depended on government doles and allowances. Those false promises were obviously never fulfilled. The second part of the myth is that the FATA tribes accepted bad constitutional deals in return for a ‘leave me alone’ state policy. This is also a false and misleading construct. Nothing in the agreements stops the state from interfering in FATA. Nor does the content of those agreements in any dictate the constitutional arrangement that the people of FATA received. On the contrary, every agreement proclaimed that the people of FATA were citizens of Pakistan and their area was an integral part of the state. They pledged loyalty to the constitution and government of the day, and declared the enemies and friends of Pakistan as their enemies and friends.

They promised to facilitate the construction of roads, bridges, communication systems, defence and other government installations and to render any possible assistance to the government for social and economic uplift of their area. The autonomy-preservation clause only expressed an expectation from government that it would respect local customs and usages in dealing with matters internal to the tribes, and consult tribal elders in the process. In no form or shape did the agreements indicate that the peoples ought ‘autonomy’ against fundamental rights, constitutional protections, economic prosperity, political freedoms and a better life.

What an irony it is that the people of FATA have been subjected to the worst kind of constitutional and legal servitude in the name of freedom and autonomy. FATA has seen the most violent, terrible and callous face of the state. It is time for the people of FATA to renegotiate their deal with the state. It is also time for them to take direct initiative for building their future with their own hands. No one else should do it ‘for them’. This is the only way to compensate the people for the wrongs done to them in the past 70 years.

The writer hails from South Waziristan and is currently completing PhD studies from Indiana University. He can be reached at mzubair@indiana.edu