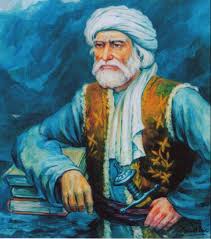 Khushal Khan Khattak (1613-1689), is an iconic figure in Pashtun history, literature and culture, often referred to as the national poet of Pashtuns. The life and character of Khushal Khan Khattak presents a complex, multifaceted terrain, considering he was not simply a great Chieftain and poet, but also a hunter, physician, philosopher, scholar and thinker (Shaheen: 2007). It would be an impossible feat to attempt to provide a complete and thorough analysis of Dastarnama in its entirety in this article,  I thus focus primarily on the underlying concept of ‘bravery,’ outlined in this book, which he wrote during his time of enforced imprisonment at Ranthambore, by the Mughal Emperor, Aurangzeb Aalamgir in A.H. 1074 (A.D. 1663).  The book Dastarnama is a testament to Khushal Khan’s great intellect and memory, evident in the detailed accounts of various skills, Arabic sources and Persian poetry which he discloses in the work, particularly when one considers he didn’t have access to any resources during his imprisonment.  (Shaheen: 2007)

In the Pashto prose book Dastarnama, Khushal Khan Khattak describes 20 skills and 20 qualities or moral values which a man or leader must possess in order to become worthy of wearing a turban. Ideally, the turban is a sign of seniority, respectability, nobility, leadership, modesty and dignity, and as such, Dastarnama is essentially a work which defines the necessary ‘qualities, manners, ethics, etiquettes and decorum required for a ruler and a leader’ (Naseem: 2007). Lutz Rzehak states: although the book ‘stands rather in the tradition of classical Islamic texts like Qabusnama, it can be seen as the first Pashto prose book which attempts to define rules of behaviour for Pashtuns’ (Rzehak: 2011). The ‘rules of behaviour’ that Rzehak refers to is known as Pakhtunwali, or the Pashtun code of life. Farhat Taj describes pakhtunwali as ‘a flexible unwritten code of behaviour that a Pakhtun is supposed to abide by. It is a world view that encompasses political, economic, social, religious and secular aspects of life. It provides space for Muslims as well as non-Muslims and demands equality among all Pakhtun’ (Taj: 2011). In this article, I consider Khushal Khan’s concept of bravery, in light of Islamic ideology and the institutions of Pakhtunwali.  It is beyond the scope of this article to provide an in-depth analysis of the tenets and institutions of Pakhtunwali in its entirety, (which is often simplified into four or five traditions),due to the fact that Pakhtunwali presents a complex array of behavioural codes which reach far beyond the ‘stereotype’ notions depicted by western scholars. In this article, I will nonetheless attempt a brief synopsis of the primary institutions of Pakhtunwali.

The concept of nang, means to ‘defend one’s rights and the rights of one’s tribe honourably. Not limited to just personal honour, because honour of the individual and tribe one belongs to are interdependent’ (Ibid). The institution of namus, requires the protection, defence and responsibility of women, including all female members of the family/tribe. Musawat, expresses the idea of equality, particularly in respect of elders, whom are valued and highly esteemed in Pashtun society.  Jirga, meaning ‘consultation’ or the council of elders, is an informal judicial process which deals with resolving disputes. The Jirga council consists of a team of respected elders whom are considered as ‘having the wisdom and knowledge to resolve disputes’ (Ibid). Decisions are made by consensus and thus binding for all members of a tribal group. Badal, meaning ‘exchange,’ refers to the system of compensation and retaliation, (often considered solely as ‘revenge and vendetta,’ Lutz emphasizes that badal is not merely the call for revenge, but also the obligation to thank for the provision of help and to provide compensation). Melmestia, meaning generosity and hospitality, is an institution of great importance among Pashtuns. To feed, provide shelter and service to a guest, stranger or friend by the host is regarded as an honourable gesture and a pious deed. Nanawati, means ‘appeal for forgiveness, where an offending party tenders an unconditional apology to the offended party and surrenders himself to the mercy of the other party’ (Ibid). (Taj further states that hospitality, forgiveness and refuge are neither unconditional nor offered to everyone who asks for it, particularly in cases concerning blood feuds). Tarboorwali, or agnatic rivalry, is perceived to exist most often among male cousins. Pakhtunwali, also ‘includes values of forgiveness, equality and egalitarianism and chivalry’ (Siddique: 2014). Bearing these traditions in mind I now endeavour to analyse Khushal Khan’s concept of bravery.

In keeping with the primary teachings of Islam, the author identifies Almighty Allah as creator, cherisher and owner of the universe, and as such, the tone is set in the opening lines of Dastarnama where he writes: ‘In the name of Allah, the most merciful and the kindest’ (Khattak: 2007) Therefore, although the book identifies skills and qualities necessary for the ‘ideal man’ to embody, accomplish and practice, he clearly outlines from the start, that the work observes and incorporates Islamic ideology by identifying Allah as the only sovereign and supreme ruler of the world. Throughout the book, he refers to the traditions, deeds and qualities of the Prophet Muhammad (S.A.W.S.) whom he considers as the ‘ideal man,’ and whom he recommends every leader should try to emulate.

Among the 20 skills that are mentioned, which he suggests are essential abilities for any leader or nobleman to accomplish include horse riding, archery, writing, hunting and bringing up children. Furthermore, he mentions qualities such as forgiveness, trust in God, piety, and determination as the foremost required and esteemed ethical values.

Khushal considers ‘bravery’ as a ‘skill,’ where he states ‘the administration of the world depends on knowledge and the sword: without the sword, knowledge is void of strength’ (Ibid). He considers bravery as having two aspects; bravery of instinct and bravery through learning and practice. Referring to the example of the Prophet (S.A.W.S), seen as a man of perfect wisdom and knowledge, Khushal states he ‘took the sword and cleaned the world of the dirt and pollution of disbelief’ (Ibid).  He furthermore states that ‘bravery’ is contained in the Ummah (community of Muslims) until the Day of Judgement, and is therefore subject to the injunction of the God and according to the Book of Allah (Ibid). Khushal’s primary concept of ‘bravery’ then embodies Islamic ideology, following the principles and practices of the early pious Muslim ancestors and companions of the Prophet (S.A.W.S), thus according to Khushal, If bravery is practiced according to religious instruction, then it is worthy and commendable.

Khushal goes on to discuss how people are not equal in bravery. He analyses a multitude of examples of how he perceives inter-racial, cohabitation and reproduction can reduce the quality of bravery, due to the qualities of a race spreading to other races. He discloses an example in verse which suggests if someone deviates from his own race or family, the entire family/tribe will be ruined: if a family is united and of one opinion, its opponent is always punished. I find this theory aligns to a great extent with the ideals of the patrilineal structured Pashtun system, where in many cases, marriages are arranged between close blood relations or from within the wider family/tribal unit. According to tradition, (albeit heavily contested), it is considered that all Pashtuns are father-line descendants of a legendary ancestor named Qais Abdul Rashid whom according to legend, converted to Islam having met the Prophet Muhammad (S.A.W.S) at Medina (Caroe: 1976). Khushal then recommends that ‘kings should avoid mixing their race with other races, as bravery comes through inheritance, through good brave races’ (Khattak: 2007).

Khushal goes on to state a respectable man is keen to give his life to save his honour. This concept is crucial to understanding the underlying ideology and prescribed codes of behaviour recommended within the institutions of pakhtunwali. The maintaining of respect and honour is not only accomplished within the institution of badal, which recommends seeking compensation or confronting a perpetrator for wrong doing, but is also advocated through namus which insists on the protection and defence of women. Lutz states that ‘doing Pashto means to act honourably and to be guided by the values of pakhtunwali.’ Therefore, Khushal’s statement regarding the upholding of honour at all costs affiliates with the primary tenets of pakhtunwali.

The final discussion in the chapter entitled ‘bravery,’ discloses ways in which battles should be fought and won. Khushal discloses an array of strategic battle manoeuvres, performance and skills, such as sudden nightly attacks and ways of overpowering the enemy. Aligning with the saying “all is fair in love and war,” Khushal states ‘every deception, cheating and alluring is allowable as per code.’ However, he goes on to suggest that ‘when a treaty is made it should be adhered to firmly. According to religious code, the breaking of a promise/truce is a disgrace and should not occur. If the rulers and leaders do not fulfil a promise the anger of God falls on that country and all the system of reliability crashes.’ As well as embodying Islamic ideology, I find this statement concurs with the tenets of pakhtunwali, particularly found in the concept of merana, which ‘demands willpower and tenacity’ (Rzehak: 2011). Lutz states that ‘doing Pashto means to overcome any difficulties with considerable effort and a great deal of time if necessary. Promises are weighed thoroughly because doing Pashto requires keeping promises without exception’ (Ibid). Pakhtunwali then emphasises the need for sincerity, keeping one’s word and fulfilling promises without exception of which Khushal Khan Khattak identifies as an obligation among leaders and a necessary quality which embodies his concept of bravery.

To conclude, although Khushal Khan’s concept and ideals of ‘bravery,’ very much embody Islamic ideology, exemplified through practices and deeds of the Prophet Muhammad (S.A.W.S) and the pious ancestors, his concept of bravery, can also be identified within the tenets of pakhtunwali. Although the term “pakhtunwali” is not mentioned in Dastarnama, I agree with Lutz who states the book can be seen as the first attempt to define rules of behaviour for the Pashtuns.

Siddique, Abubakar. The Pashtun Question: The Unresolved Key to the Future of Pakistan and Afghanistan, Hurst & Company: London, 2014. 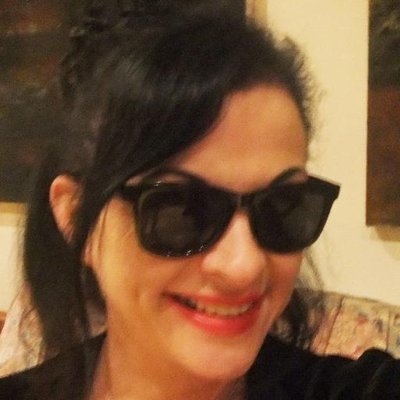 Angelina Merisi is a columnist with THE PASHTUN TIMES