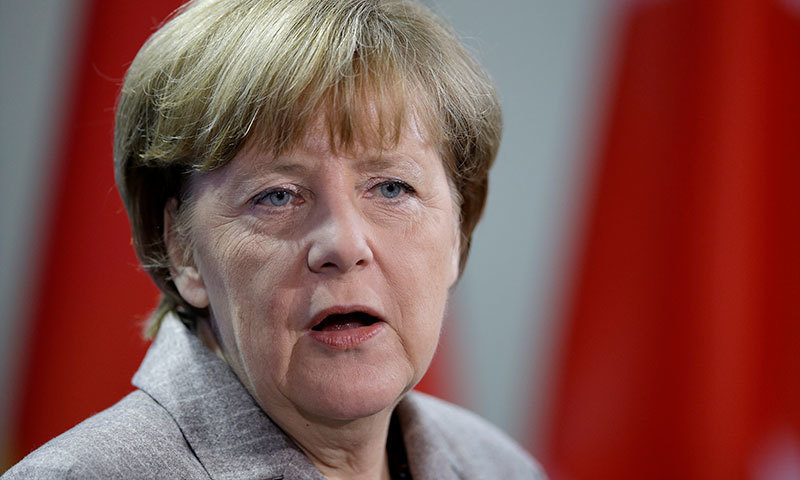 The veteran leader, in power since 2005, won a September 24 vote without a clear majority for her conservative CDU/CSU bloc, largely because of the rise of the far-right Alternative for Germany (AfD), and must now build an unlikely alliance with the pro-business Free Democrats (FDP) and left-leaning Greens.

But their deep policy differences, especially on immigration and the environment, have hobbled the month-long negotiating marathon, leading party leaders to miss a Thursday deadline and declare they will push on until Sunday evening.

Until and unless the motley crew of four parties, which spans the mainstream political spectrum, strikes a deal, Germany’s government remains in effective limbo with Merkel serving as a caretaker chancellor.

If they fail, Germany would probably hold snap elections, which would leave Merkel increasingly exposed to a rising band of critics within her own ranks and could further bolster the anti-Islam AfD.

“There is the will to ensure that this political task succeeds, but it cannot succeed at any price,” warned Alexander Dobrindt, a member of the CSU, the Bavarian party allied with Merkel, after arriving for the talks.

“Sunday at 18:00, it’s over. This weekend, we must decide,” said FDP leader Christian Lindner.

In an interview with Die Welt newspaper, German President Frank-Walter Steinmeier called on the four parties to act responsibly in order to avoid a new vote.

Merkel, no longer deemed invincible after her poor election result, “now faces the most difficult task of her leadership so far,” judged the Sueddeutsche Zeitung daily.

Hours after a 15-hour red-eye meeting ended at around 4am on Friday, Merkel, the veteran of countless all-night EU summits, said that “the task of forming a government for Germany is so important that the effort is worthwhile”. -AFP