CPEC in the cards 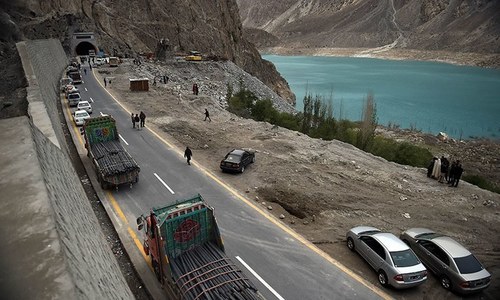 CPEC is being one of the hottest discourses in Pakistan nowadays. Pakistan- China long-term friendship is being contested by many perceptions and insights from multiple levels of society. Predicting the future of CPEC is not so naïve in nature. There are many nitty gritty of the fact that need to be explored, discerned and deciphered. Sometimes, au contraire, some imperialistic tendencies of the CPEC are deliberately procrastinated. CPEC- the game changer­, is dangerously optimized usually. It might be true that CPEC is creating employment options, alleviating energy crisis and boosting infrastructural development. However, the pejorative implications must not be ignored.

There are several conceptions about the role of CPEC in Pakistan i.e.

There have been some major investments made in CPEC by China. China plans to spend US$51.5 billion in Pakistan over the next fifteen years under the CPEC projects. This is no less than the Marshall Plan proposed for the European economies post World War I.

Although the strategic concerns of CPEC are usually downplayed by the China but there is no denying of the fact that it would help alleviate the Malacca Strait dilemma for China. U.S. has maintained its naval bases at ports of Gan and Diego Garcia with the sole purpose of surveillance on Chinese movement in the Indian Ocean. India has continuously been assisting America in its containment ambitions. China is equally aware of this fact and is constantly trying to go far beyond the reach of U.S. omniscient intentions. Moreover, China is facing restraints from Philippines in the South China Sea, particularly, Spratly Islands. CPEC is one great gambit to shed off all such security threats.

In addition to all that, there is a view that the CPEC only reinforces the established neoliberal paradigm constantly emphasizing corporate control mechanisms and interminable expansion of markets for consumer goods. And this all is done at the expense of ecological degradation and labor exploitation, all behind the veil of “development.” A rapidly expanding urban middle class in Pakistan will buttress the demand for mass consumption for sure.

According to some opinions, CPEC resembles to a cargo cult. In saying so, it is contended that there are very high expectations attached to the fate of CPEC. These inflated expectations are highly dangerous.  Pakistan is overlooking the Sri Lankan factor and the case of its huge Chinese debts. There is no room for such optimism in policy making specifically for Pakistan who us already at the verge of economic desertification.

China has vast industrial output especially of steel and related products. There is high grade of industrial surplus produce for which it needs a vast consumer market. Also, it is an infrastructurally developed country and the skilled labor is deployed in CPEC now. CPEC is a project where its surplus construction products can be viably employed.

CPEC in the cards:

The outlook of CPEC is quite flamboyant, thriving and robust. However, still there are slight recusant vibes attached to it. Role of China in Sri Lanka is not hideous one. Pakistan, in its domestic politics is very weak and is rendered as one of the most corruption-enduring countries. Owing to high levels of corruption, it may fall into the cobweb of China’s pretentious economic claims. In addition to that, there are demographic changes being observed in Pakistan. The demographic changes, if taken lightly, will bear worse repercussions than settlement of Afghan refugees.

China has played the card of CPEC very smartly. It has employed its skilled labor into the project. And not only that, Gwadar port is jewel in the crown. Warm water access dilemma has been carefully resolved by the Beijing administration. In doing so, they have maintained the horizontal feudal structure as proposed by Johan Galtung. This has been done through cutting Pakistan off the South Asian region and the SAARC. Pakistan’s stance in this region has been weakened due to its strengthening ties with China. Pakistan is once again being going to be used as a pawn in the Great power rivalry discourse. The check- mate game is never going to end; hence, it is very important for China to keep its knight intact and close to heart.

FATA in the Context of Merging with Pakhtunkhwa