“This was an amazing evening,” a buoyant Trump told supporters. “We’re going to win, win, win and we’re not stopping.” 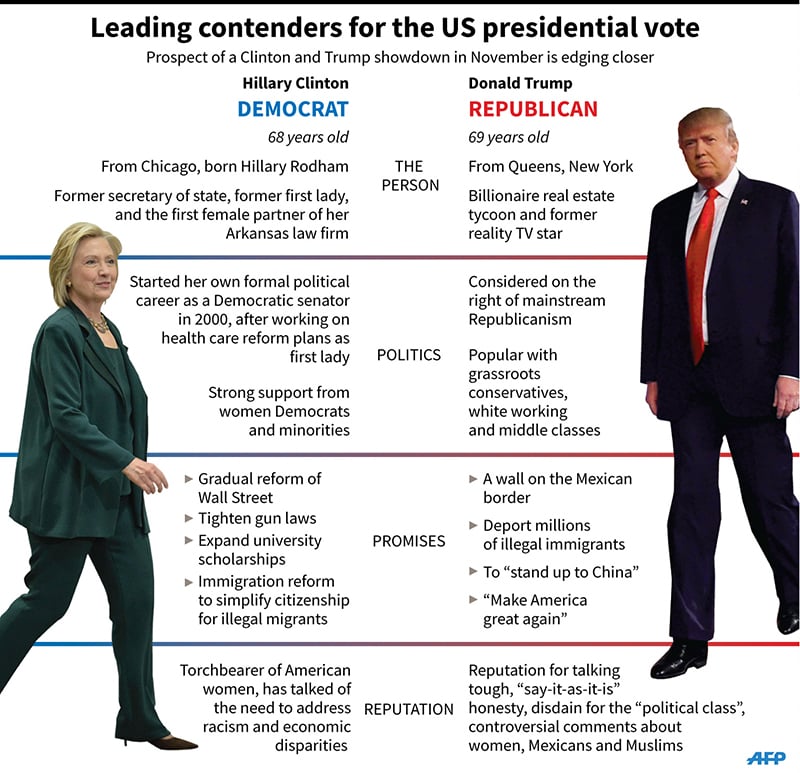 Graphic comparing Hillary Clinton and Donald Trump, leading contenders for the US presidential candidacy in their respective parties. ─ AFP

Rubio’s loss was a major setback for Republicans trying to stop the bellicose businessman, whose populist anti-immigrant, anti-Muslim stance they fear will split the party.

The 69-year-old Trump was clinging to a narrow lead in Missouri with nearly all of the votes counted, but was denied a clean sweep by Ohio Governor John Kasich, who carried his home state, a key general election battleground.

Trump may now struggle to reach the 1,237 delegates necessary to avoid a challenge at the party’s nominating convention in July in Cleveland.

“The bottom line after tonight: it looks like Trump will not have a majority of delegates in July,” said Paul Beck, a professor of political science at Ohio State University. 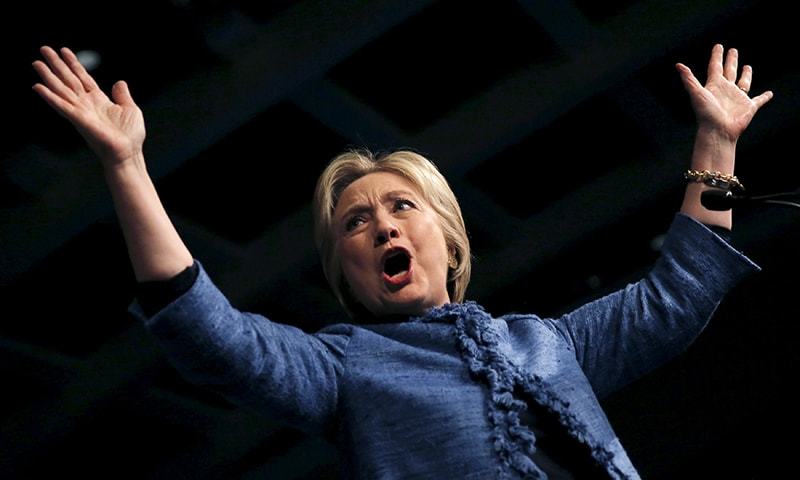 There were fewer problems for Clinton, who defeated her rival Bernie Sanders in Florida, North Carolina, Ohio and Illinois. She also had a slight edge in Missouri, according to vote tallies.

“We are moving closer to securing the Democratic party nomination and winning this election in November,” said Clinton, casting one eye on the general election ─ and at Trump.

“When we hear a candidate for president call for rounding up 12 million immigrants, banning all Muslims from entering the United States (US) ─ when he embraces torture, that doesn’t make him strong. It makes him wrong.”

Republicans will now have to decide whether to rally behind one candidate or siphon votes away from Trump as a team.

The scope of Trump’s victory against Rubio in Florida will shock the Republican establishment as much as it will raise hopes the party can challenge in the one-time swing state come November 8.

President Barack Obama carried the state in both the 2008 and 2012 elections.

Rubio bowed out, saying: “While it is not God’s plan that I be president in 2016 or maybe ever, and while today my campaign is suspended, the fact that I’ve even come this far is evidence of how special America truly is.”

Kasich meanwhile openly called for a contested convention and vowed to campaign on. “I want to remind you, again tonight, that I will not take the low road to the highest office in the land,” he said.

Ted Cruz, an ultra-conservative senator from Texas, also remains in the Republican race.

Projections by US media showed him just behind Trump in Missouri, and in second place in Illinois and North Carolina. Cruz made a call for Republicans to unity against Trump behind him.

“Donald may be the one person on the face of the earth that Hillary Clinton can beat in the general election,” he said, telling Republicans they now face “a clear choice”. -AFP