It is interesting to note that electronic media has taken longer strides than print media in the war-torn country. 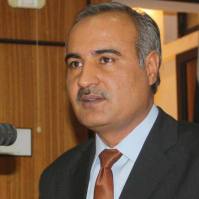 All the above-mentioned intellectuals agree that civil society is distinctly different from the state. They also agree that it consists of various groups within a state having cultural, social, economic and political agendas. In a particular state, it is expected to guide and oversee distribution of power and resources, participation of various groups in policy making, and representation of people in the governance structure. Keeping in view this definition and function of a civil society, we can now easily understand its functionality and dynamism in Afghanistan.

A considerable population of Afghanistan, 60 to 65 percent, consists of the age group between 15 and 35 years old. The overwhelming population of this age group has organised itself into various cultural, social and political domains. Moreover, the dynamic participation of this age group has manifested itself not only in organising social and cultural events but has also taken out large scale processions to register their protest. A mammoth protest in March 2015 in favour of Farkhanda who was lynched by a mob in Kabul is a case in point. The New York Times reports: ‘Hundreds of Afghan protesters marched to the nation’s Supreme Court on Tuesday, demanding justice for a woman who was beaten to death by a mob last week after being falsely accused of burning pages from the Quran.’ In December 2016, a mammoth rally taken out by the Enlightened Movement (Jumbas-e-Roshnai) was targeted by terrorists leaving some 80 people dead. Large-scale protests were held in Kabul and elsewhere in Afghanistan to denounce this attack.

Social media is another domain where dynamism of civil society is generally observed in Afghanistan. According to a conservative estimate, there are some three million social media users out of Afghanistan’s 33.3 million citizens. It is used for connectivity with the rest of the world, networking with like-minded people and information sharing among various groups based across the country.

Hundreds of literary, research, development and welfare organisations are active in various provinces of Afghanistan. Furthermore, there are some 192 non-governmental organisations (NGOs) in the state out of which some 35 NGOs have specifically focused on women issues while approximately 25 NGOs have focused on issues related to children. These organisations hold poetry recital sessions, seminars, workshops and symposia for awareness, oversight of various development projects, highlighting loopholes in governance and information sharing. Area and regional study centers have been established in 34 public sector higher seats of learning and 25 private sector universities in Afghanistan. The autonomous Academy of Knowledge in Kabul regularly publishes hundreds of research books, treatises and dissertations in Pashto, Dari and English on annual basis. The encyclopaedia Aryana, consisting over 24 volumes, is one of the major achievements of this institution.

Independent media is considered one of the vibrant parts of Afghanistan’s civil society. Media not only shares objective and credible information with the masses regarding functionality of various institutions but also triggers discourses that have impacts on the lives of common people. It is interesting to note that electronic media has taken longer strides than print media in the war-torn country. Some 240 radios are registered with only 210 of them active. There are some 70 TV channels with most of them still running. In addition, there are around12 daily newspapers out of which 4 dailies in English are published solely from Kabul. In total, there are around2000 registered media outlets with more or less 1000 websites.

Recreation and socialisation are major hallmarks in the lives of the Afghans. Music bands which regularly hold traditional and modern concerts have thrived at a rapid pace in Afghanistan over the past 15 years. The rhythm and symphonies of Afghan music have found a valuable place in the hearts of the lovers of fine arts. Numerous singers and directors of Afghan music have won tremendous acknowledgement and applaud on international level.

Traditional and modern games are also played and watched in the country. One can observe boys and girls in open spaces, streets and on the river banks playing cricket, football and traditional games. Cricket has also turned out to be a recent craze. The Afghan National Cricket Team has won a respectable place amongst fans of international cricket.

Many Afghan families throng to parks in Kabul during evenings and on holidays. The historical Bagh-e-Babar is another spot at the heart of Kabul that provides recreational space to the city’s citizens. People usually arrange dinners and lunches for their guests in restaurants situated on the banks of QarghaLake. It usually takes hours to get out of the place due to a lot of hustle and bustle on the roads leading to and out of the lake.

The writer is a Peshawar-based political analyst. He can be reached at khadimhussain565@gmail.com and tweets @khadimhussain4