Located in Saidpur, the restaurant seasons its dishes with just salt, which brings out the flavour unique to Namak Mandi | BY SANAM ZEB 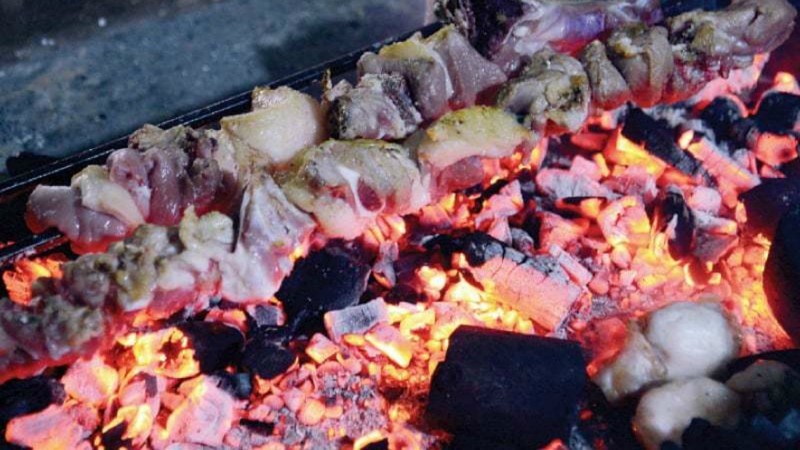 ISLAMABAD: By flavouring their grilled meat and most karhai dishes with just salt, Charsi Tikka in Saidpur Village brings the taste of Peshawar’s famous Namak Mandi to Islamabad.

Although Charsi Tikka does away with the traditional floor seating or charpoys that are typical of tikka outlets in Namak Mandi, it does feature a live kitchen, where customers can see mutton tikkas grilling on an open spit and chicken tossed with fresh tomatoes in block woks over smouldering charcoal.

The restaurant’s most popular dish is the namkeen tikka. For this, the meat for the tikka is dusted with coarse salt and grilled on barbeque skewers on an open spit.

The meat is turned over every few minutes and brushed lightly with ghee. After around 45 minutes, the meat is sloughed off the skewers and served with fresh tandoori bread and a mint sauce.

A namkeen tikka is mostly ordered as an appetiser, as the wait for other meat dishes – all of which are made fresh to order – can be a long one.

The namkeen karhai is a variation of the same dish, catered to those who like a bit of gravy alongside their meat.

Salt is added to the karhai as well, which is cooked in the wok for about an hour, over charcoal.

The dish is a simple one, but the smokiness of the coal adds depth to the flavour.

The karhai is customarily followed by steaming cups of green tea with either honey or lemongrass, because the gravy is rich with animal fat. 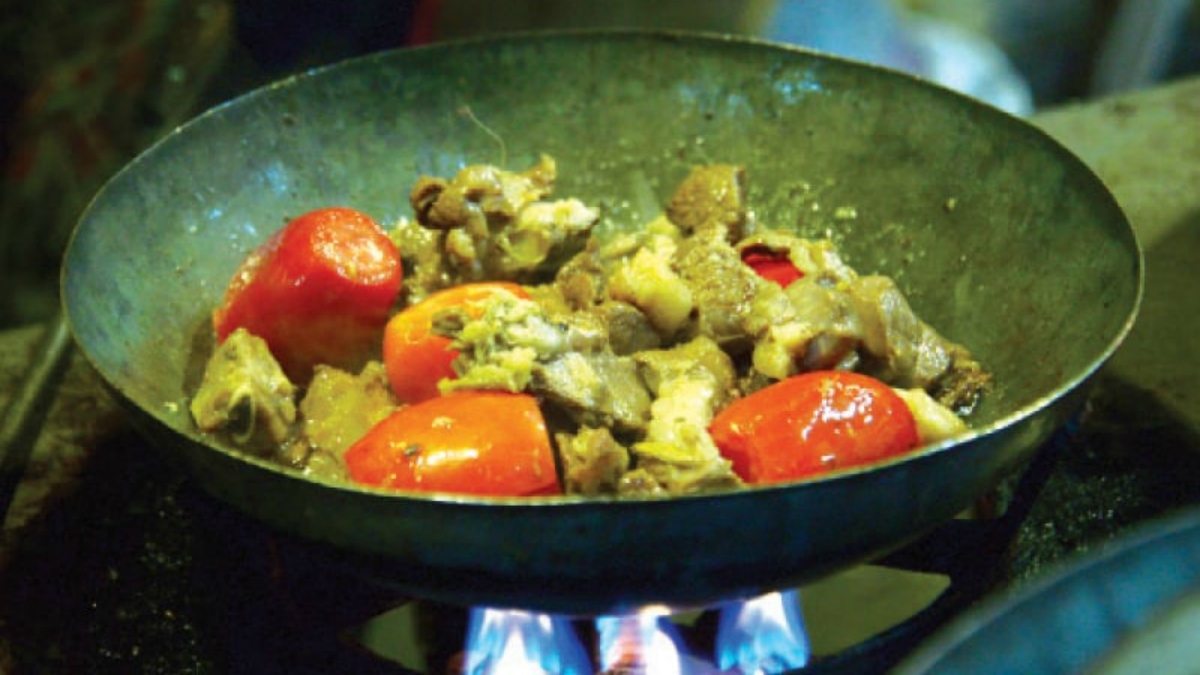 Charsi Tikka has managed to replicate the taste of Khyber Pakhtunkhwa in its dishes, where the food isn’t heavy spiced and the taste of the main ingredient shines through. It also does a good job with its take on the famous Peshawari chappli kebab.

Meaning ‘flat kebab’ in Pashto, finding good chappli kebab outside of KP can be hard. The ingredients for the kebabs are simple. Parsley, salt, pomegranate seeds, chilli flakes and tomatoes are mixed in with fresh minced meat.

The trick is in shaping the kebabs into thick patties, and shallow frying them in animal fat on a high heat, ensuring the outside chars while the inside is cooked through and juicy.

The piping hot, charred on the outside and juicy on the inside kebabs are topped off with a half-fried egg and steaming bone marrow.

Bite sized pieces of liver are rubbed with salt and garlic and wrapped in a thin layer of stomach fat.

They are then grilled on skewers over an open flame for 15 minutes on each side. These tikkas are delicate, so much so that they are served on the skewers because removing them would ruin the texture.

Patta tikka is best eaten hot, when the layer of fat is crunchy and the pieces of liver inside are soft and chewy.

The restaurant is frequented by families and young people alike. Although there is a family hall in the back, the veranda at the front offers a more traditiona setting, with dewans and takhts adorned with traditional velvet spreads.

Watching a chef prepare his order of chicken namkeen karhai, Adil Shaukat said he brought his friends to Charsi Tikka so they could taste Khyber cuisine.

He said: “All of us friends live together and we survive on takeout. This is a nice change from the everyday biryani and saji. Although they haven’t tried it yet, I’m sure my friends will love the food here. After all, the simpler the better, right?” (Originally published in Dawn)