Brexit negotiations will demand a lot from both Britain and Europe: Merkel 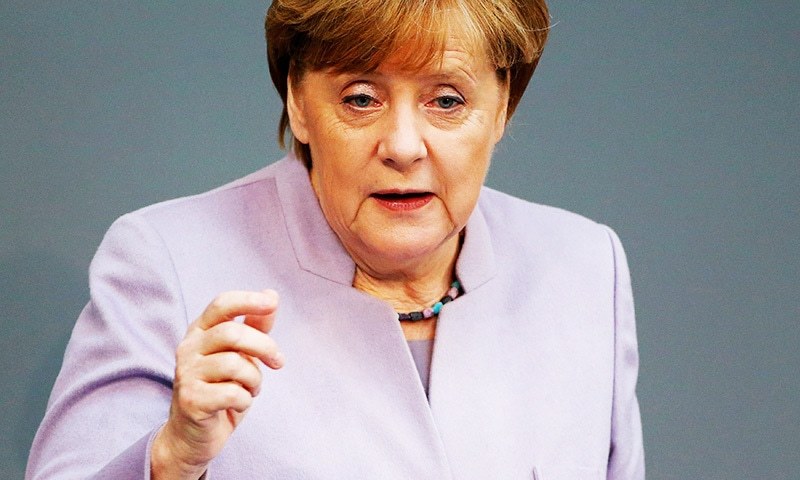 Britain must answer questions about its plans to exit the European Union before negotiations on the split can begin, and the country cannot be under any illusions that it will retain the same rights and privileges as a member of the bloc, German Chancellor Angela Merkel said on Thursday.

Speaking to German lawmakers ahead of a weekend summit in Brussels to discuss the so-called Brexit, Merkel said in unusually frank language that she had “the feeling that some in Britain still have illusions, and that is a waste of time.”

While Europe still envisions Britain as a close partner, Merkel said once it leaves the EU it will be an outsider and as such “can and will not have the same rights or be in a better position than a member of the European Union.”

“All of the 27 members of the European Union and European institutions are agreed upon that,” she said, to applause.

Britain has two years to complete its deal to leave the 28-nation European Union but is currently preoccupied with a snap election taking place in early June.

Before the negotiations can even begin, Merkel said Britain must engage in “constructive dialogue” with the EU to answer open questions. “Without progress on the many open questions of the exit, including the financial questions, it makes no sense to have parallel negotiations over the future relationship,” the chancellor said.

“We need to know how Britain sees its future relations with us,” she added.

She said Germany will push for the impact of Brexit on Germans and other European Union citizens living in Britain to be as minimal as possible, and for cooperation on security issues, like fighting organised crime and terrorism, to remain close.

“Let there be no doubt: Brexit negotiations will demand a lot from Britain and Europe,” she said.

She added that Germany and other EU countries need to define their own “interests and goals,” and that she expects EU nations to emerge from the Brussels summit with a “strong signal of unity.”

“There is now a great deal of agreement between the 27 nations and EU institutions about our joint negotiating line with Britain,” she said.

Italian Prime Minister Paolo Gentiloni said on Thursday the 27 EU countries should remain united during negotiations with Great Britain on its exit from the bloc.

Speaking in parliament ahead of an extraordinary EU summit on Saturday called to set the terms for the negotiations, Gentiloni said he expected negotiations to begin in mid-June, and he “trusted” they would lead to a positive result in which the United Kingdom would remain a “friend and ally”.

“If the 27 countries are divided and each negotiates independently in its own interest, then it will kill all possibility of an accord.” -AP & REUTERS

2017-04-27
The Pashtun Times
Previous: Hekmatyar likely to appear in a gathering in Laghman on Friday: Source
Next: Radicalization Challenges