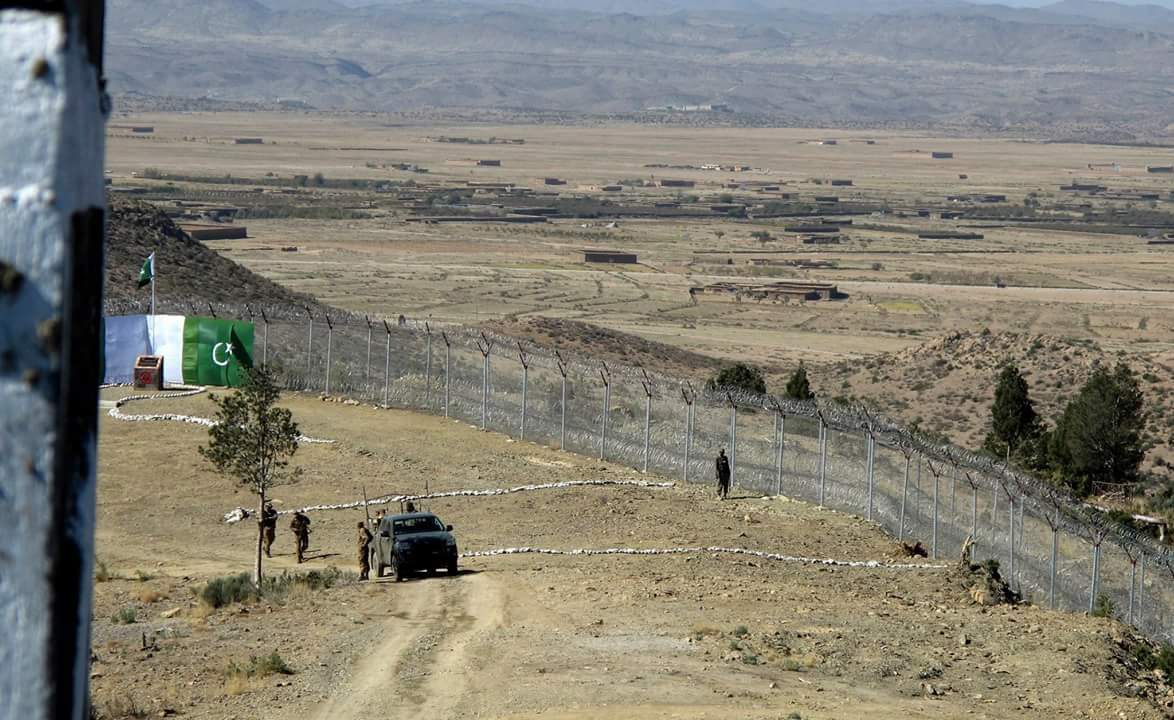 KABUL: The Ministry of Borders and Tribal Affairs has strongly rejected the unilateral fencing of Durand Line and tribal people, including border police forces have been stopped Pakistan’s fencing work in Zazai district of Khost province.

Pashtun and Baloch tribes on both sides of the Line had repeatedly urged the International Community to revisit the Durand Line to win war and to be restored Afghanistan’s historic land and people across the Line.

Rejecting fencing the Line and Pakistan’s military installations along the Durand Line, Ahmadzai said, “Durand Line is not Afghanistan’s international and authorized border with Pakistan. We are in close contact with the various tribes on both sides of the Line to confront the Pakistani aggression along the line.”

It comes at a time when Pakistan has earlier requested the US support for its unauthorized installations along the Durand Line. However, the US authorities have not yet commented into the matter. Pakistan’s foreign office vowed to complete fencing the Line and considered it the only path to curb terrorism and to stop terrorist’s penetration into Afghanistan.

Fencing Durand Line by Pakistan on the pretext stopping flow of terrorists is not a valid reason and no legitimacy to its duplicities, Ahmadzai said.

Pakistan’s military has started fencing work and installations along the Durand Line since 3rd March. Responding to Pakistan’s aggression, the unity government rejected it in strongest possible terms.

Moreover, few months ago, huge gatherings of Pashtun tribes, living on both sides of the Durand Line, held in Jalalabad and Kabul provinces, where they unanimously rejected fencing the Line and called on Pakistan to vacate the FATA region. Speakers and participants of the gatherings urged the international community to support them directly against the Pakistani occupation and its state sponsored terrorism in order to bring durable peace and stability in the region and around the globe.

Speaking in Paktia province last week, President Ashraf Ghani, referring to fencing the Line by Pakistan, said that nations with same race, language, valves, culture and history could not be divided through fence materials and walls.

According to media reports, local residents in Khost and Paktia provinces had been cut the fence materials by Pakistan along the disputed line.

He said, local elders and border police force held talks with Pakistani authorities on the cassation and informed them regarding Afghanistan position against the fencing work.

He added that the Afghan people and border police have forced Pakistan’s military personnel to stop their fencing work.

Prior to this, Pakistani forces made efforts to install military posts on Jando Mountain and Miraz Gul area along Durand Line in Zazai district, but local people and forces did not let it to happen.

A large number of civil society activists have long been condemned Pakistan for fencing the Durand Line. According to Afghan people and government, Pakistan has no right to unilaterally fence the Line.

On the other hand, Pashtun and Baloch tribes on both sides of the Line had expressed their harsh opposition to the Pakistan’s fencing work along the Line.

The Durand Line, 2430 kilometers cuts through the Pashtun tribal region and further south through the Baluchistan, politically dividing ethnic Pashtuns, as well as the Baloch and some other ethnic groups who live on both sides of the Line.  It was imposed in 1896 in order to fix the limit of Afghanistan and British India’s respective spheres of influence. Afghanistan never recognized it as an international border with Pakistan and Afghan people through a Loya Jirga had rejected both a single-page Durand Line agreement between Sir Mortimer Durand, a British diplomat and civil servant of the British Raj and King Abdur Rehman Khan in 1893.

Some days ago, Pakistan’s former ambassador to Washington, Hussain Haqqani said fencing the Durand Line is no different than the creation of Berlin Wall in Germany.