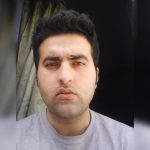 I asked an old afghan man that what he thinks about peace process offered by Ashraf Ghani to Taliban.  He told me, he do not see anything changing in their lives. I told him that there is something called hope, faith and optimism. He said that “I want to believe that good things can happen to Afghans. I want to have faith, I want to have hope but looking at our history and everything happened to us, I just don’t want my hopes shattered as I am afraid I will end up being disappointed.” He was right because if we look at peace process, every time Afghan government offered peace to Taliban it didn’t went well. So, peace, good life and happiness are rare in Afghans lives, they are tired of wars and sufferings. They have had enough bloodshed. People don’t have much hope with this but we should be positive. Peace itself is positive word and there is always a positive side. This time this peace process its different. We saw how peace talks ended with Gulbuddin Hekmatyar. We can have hopes this time too. Karzai started Peace process but unfortunately he didn’t had much luck. Every time afghan government had offered peace Taliban had rejected. Ashraf Ghani had rough stance on Taliban and Trump supported Ghani on that.

Taliban published letter calling on US to start Afghan peace talks. In response Ashraf Ghani offered the Taliban official recognition.  Ashraf Ghani called for a ceasefire with the militant group during the second meeting of the “Kabul process” saying: “We are making this offer without preconditions in order to lead to a peace agreement.” Ghani offered to allow the Taliban to establish itself as a political party and said that he would work to remove sanctions on the militant group, among other incentives, if it joined the government in peace negotiations. Meanwhile U.S. Calls on Afghan Taliban to take Ghani peace offer ‘Seriously’  “We certainly encourage the Taliban to take this offer seriously. It does put the onus on the Taliban to respond,” Alice Wells, U.S. principal deputy assistant secretary of state for South and Central Asian affairs said. Group of 70 insurgents offer to join peace process and lay down arms in exchange for jobs on the TAPI project in Herat. According to Kamran Alizai, provincial council chairman, “The armed group who has taken up arms and fights against government has suggested to the provincial council that they will join the peace process if they are employed on the TAPI project and also, they will take part in maintaining the project’s security.”

Afghanistan neighbors could play role in peace process. Pakistan has influence a on Taliban. US Principal Deputy Assistant Secretary for South and Central Asian Affairs Alice Wells said “We believe that Pakistan can certainly help to facilitate talks and to take actions that will put pressure on and encourage the Taliban to move forward towards a politically negotiated settlement,” Pakistan can convince Taliban that it is in their interest to join peace talks. Like the 2015 talks, they had Taliban on table with Afghan government. India trying to seek greater role in Afghanistan such as India is training Afghan army, and helping Afghanistan fight against Taliban.  Furthermore Iran may have some influence on Taliban. Iran can put some pressure on Taliban for peace process. A high level Afghan delegation led by Deputy Defense Minister Ahmad Tamim met with Iran’s Deputy Foreign Minister Abbas Araqchi in Iran. China offers assistance to Afghan peace process. Beijing appreciated Afghan President Ashraf Ghani’s offer for talks with the Taliban. Hua Chunying, spokesperson of China’s Foreign Ministry said: “China is willing to provide assistance to the Afghan reconciliation and peaceful reconstruction process as our capacity allows,” she further said “China always supported the Afghan-led and Afghan-owned extensive and exclusive reconciliation process.” Uzbekistan showed willingness to play role in afghan peace process, moreover Uzbekistan wants to establish itself as a venue for peace talks between the Afghan government and the Taliban.  Neighbors could also do the opposite I.e. force Taliban not to negotiate.

In the past few months Taliban have suffered many losses on ground. They control areas, but thing more important is about what people think about them and public perception has changed. People don’t support Taliban now and they don’t support their way and have realized that it is Taliban who don’t want peace despite being offered by afghan government so many times. Taliban see afghan government as friends of Yahood and Nasara (Jews and Christians). So for Taliban Afghan forces and US forces are same. They are destroying Afghanistan peace like it’s an American tank. Afghan Taliban asking US for staring peace is a sign of their weakness. They had losses on battlefield, they would have never offered for talks if they were on upper side. They have realized that they can’t get much on ground and will never be able to have place like they had before. Not to mention they are fighting rival ISIS too. So they can’t afford to fight on many fronts, not for too long.  Taliban would have two options, whether accept peace offered by President Ashraf Ghani or Reject it. If they accept it then Good enough. Afghans would finally see steps for better and peaceful Afghanistan. If they don’t accept. They will have division among their ranks and supporters, because people want peace and people within them want peace. Their division would benefit Afghan government and US in its fight.

I used to tell a dear friend that there is always some light. I can see light in this. Afghans and political rivals should support Ashraf Ghani for his initiative as he is working to bring peace.  Religious scholars should put pressure on Taliban to take his offer seriously.

By Mirwais Khan Kakar :  The writer can be reached ah his twitter handle  @mirwaiskk