84 Pakistanis held in Russia likely to be deported today: FO 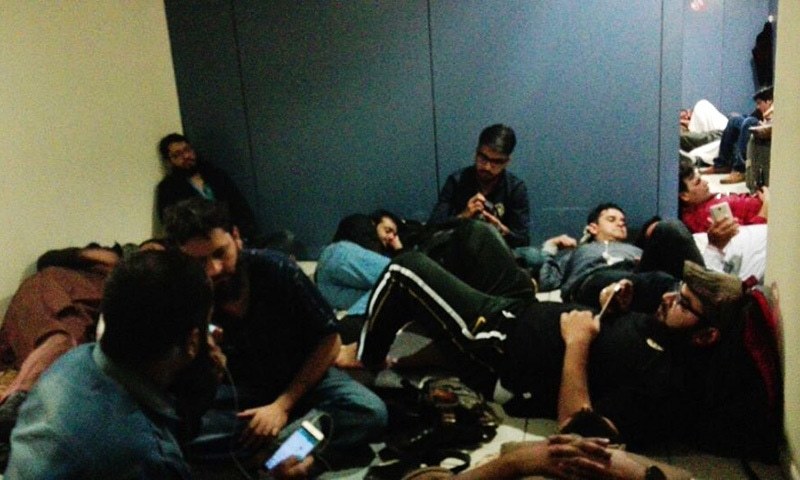 KARACHI: The Foreign Office has stated that 84 Pakistani nationals who are being held at Moscow airport since early morning are likely to be deported by Thursday evening.

“The Foreign office is in touch with Russian embassy in Islamabad on the matter,” he said.

Russia deported 48 Pakistanis yesterday, who were part of a group that was held after landing in the country for a business trip, said FO spokesperson Nafees Zakaria.

The spokesman said Russian government informed Pakistan embassy in Moscow that the 48 Pakistanis are being deported but did not give any reasons for detaining them.

A video and pictures circulating on social media showed a group of Pakistanis waiting in a crowded room at the airport while in detention.

Television reports said the Pakistanis, who are part of a group of traders, were travelling to Russia for an exhibition when they were detained at Moscow airport, along with a few people coming from other countries.

The man recording the group’s video said the Pakistanis landed in Moscow at about 2.30am local time and were being detained at the airport for the past eight hours.

“We have not been given any reason [for the detainment],” another man could be heard saying in the video.

The man recording the video added that the group was distributed into three different rooms, but because the rooms were not big enough, there was not enough space for everyone to fit in comfortably.

The video showed a number of people sitting, while several others can be seen lying on the floor.

Some Turkish nationals were also held by authorities, the man recording said, adding that they were later allow to leave.

This comes two days after terror attacks in Brussels, which killed 31 people and wounded 270, sending shockwaves across Europe.

Moscow is among the European capitals which beefed up security at their airports after the terror attack in Brussels. -Dawn