4 ISIS militants hailing from Pakistani and Tajikistan killed in Nangarhar 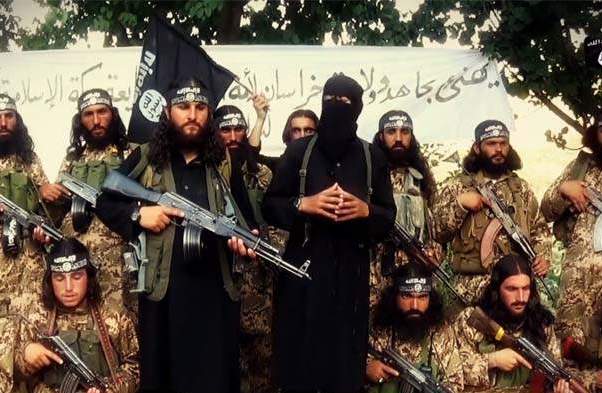 KABUL: Four foreign loyalists of the Islamic State of Iraq and Syria (ISIS) terrorist group were killed in an airstrike in eastern Nangarhar province of Afghanistan.

According to the local security officials, the militants were killed in a drone strike conducted by the foreign forces.

The officials further added that the airstrike was carried out in Achin district, leaving 2 Pakistani and 2 Tajik loyalists of the terror group dead.

The officials said the two Pakistani militants are hailing from the Orakzai Agency and the airstrike did not incur any casualties to the local residents or security forces.

The anti-government armed militant groups including the loyalists of the terror group have not commented regarding the report so far.

This comes as the local officials earlier said that the loyalists of the ISIS terrorist group are mostly comprised of the Orakzai Agency residents.

Provincial governor’s spokesman Ataullah Khogyani said last year that documents obtained from the dead bodies and those arrested during the operations in Achin, Kot, Haska Mina and other parts of Nangarhar, reveal that they are originally residents of Orakzai Agency.

Khogyani further added that the intelligence information gathered by the government also reveal that the ISIS loyalists are mostly comprised of Pakistani nationals.

According to Khogyani, the residents of Tajikistan are also fighting alongside the Pakistani nationals for ISIS terrorist group who are mainly deployed after completing training in Pakistan. -KP